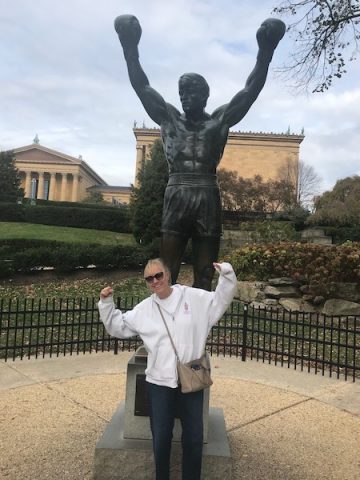 When Mike Shanley talks about life with his wife, Clare, he exuberates nothing but joy and love for her.

For Clare, there are not many things that are even as remotely important as family, and Mike says she proves this time and time again. She is always there for her kids, grandkids and she does not ever let anything come between them.

“She is a mama bear,” Mike said. “Don’t say anything about her family or her kids, because she will rise up. For the most part she is pretty calm, but sometimes I have to say, ‘Settle down, mama bear.’”

Clare has always been about family.

Starting with her parents and seven brothers and sisters. Then as mom to four boys, Michael, John, Kevin and Patrick. Finally, as the years pass becoming “Nanny” to Aiden, Phoenix and Ryan.

She is such a kind woman with so much love to go around, and she is always making sure that other people feel like they are special. Clare always whispers in their ear, “You’re my Favorite” to all the family members when greeting them.She also makes sure they always have a delicious home-made plate of goodies to go home with. Did you know she is a legendary chef and baker!

“She’s just a very kind and welcoming person,” Mike said. “There’s no airs about her. It doesn’t matter the person, either, as there’s no prejudice, only acceptance. She takes people where they are at and is just a genuinely nice person.

“She’s been such a stabilizing force,” he continued. “She was a beautiful mom with two boys and I was so fortunate to be called to be in their lives. I was a little crazy in my younger days, and I transitioned from being single to married with four kids in a three year span. Her spirit was the glue that held our new family together.”

They have so many wonderful memories together, such as the time SWAT swarmed their campsite on Peanut Island looking for a robbery suspect who swam over from Riviera Beach.

They have learned many lessons along the way, such as “never borrow a tent from somebody.” All the times with the boys growing up in sports, school and other activities, the block parties we would host for St. Patrick Day, Halloween and Super Bowls.

But more than that, Mike and Clare have created a wonderful family together.

“From her, I have learned patience for sure,” Mike said. “I’ve also learned that there is more than just a second chance. There’s a third, fourth, fifth, sixth and so on. Don’t ever give up on people.”

This is a mantra Clare lives by, and it is one of the many things that makes her who she is. She would do anything for anyone. She has so much compassion in her heart. 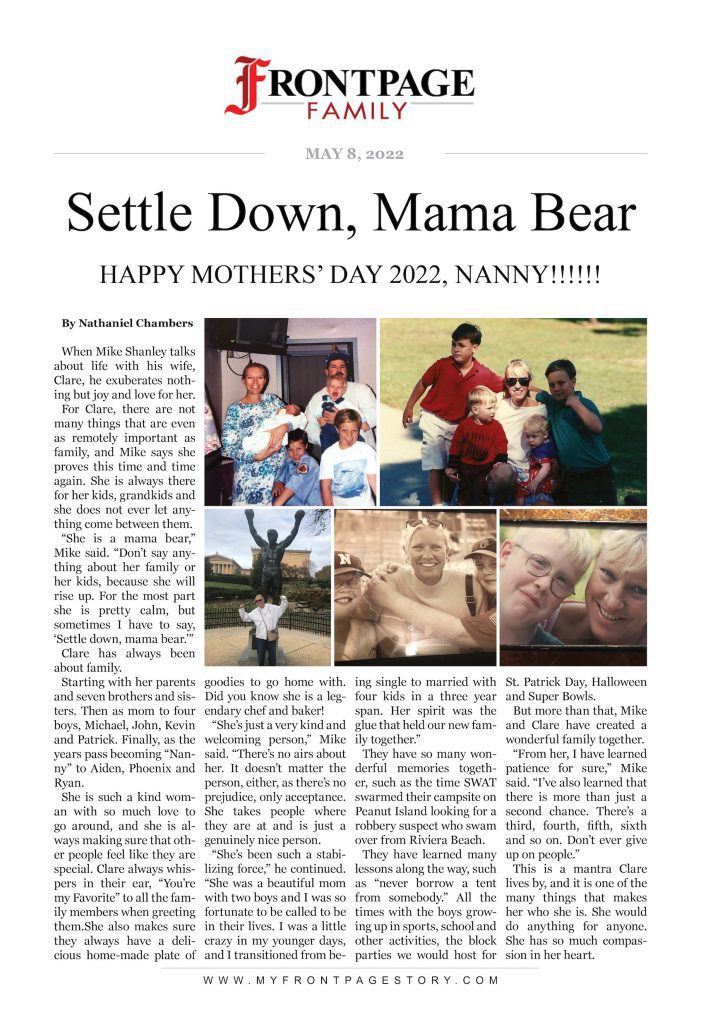