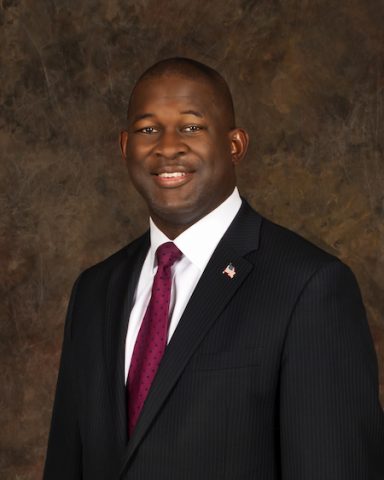 Jeremy Neely is the former.

The Senior Vice President of Community Operations for Acts Retirement-Life Communities, Inc. has been named the LeadingAge PA 2022 Leader of the Year, and with good reason. For over two decades, Neely has been moving up the leadership ladder, from accounting manager to his current position, senior vice president of community operations.

However, it is not his ability to climb up the ladder that makes Neely such a great leader, but instead the fact that he has served each position as if it was the final rung on the ladder. He has always been appreciative of the opportunity to serve as a leader at every level, and he has never taken his positions for granted. Rather than treating each position as a stepping stone, he looks at the positions individually, where each one has more responsibility and more people to lead than the last.

“Mr. Neely has served in increasingly responsible leadership positions with Acts since 1999 and is sure to continue growth within the organization,” Executive Vice President and CEO Jefferson Kaighn said. “Prior to his current position, Mr. Neely has served as a director in corporate accounting, a Nursing Home Administrator, Executive Director and now as regional Vice President.”

Neely has not only moved up the ladder, but he has expanded his breadth of experience by taking on roles in different departments in the process. One thing has stayed the same, however, and that is the fact that he has remained a great leader every step of the way.

Neely treats everyone well and is always looking out for the best in all of the Acts employees as well as their residents. He treats people as equals and he is also a very approachable leader. Leading by example, he is always willing to step in where he is needed and Acts staff know he is also someone they can confide in.

“In each role that Mr. Neely has held within Acts, he has demonstrated and modeled leadership focused on meeting the expectations of residents while also attending to the needs of staff and managers,” Kaighn said. “He recognizes the keen relationship between engaged and actualized staff and the positive delivery of services to residents.”

Neely sees residents and staff alike as people first and treats them as such. He cares about all of his fellow employees as well as all the residents at Acts, and he is what is needed to meet their needs and improve their well-being. He is a leader because he dedicates so much of his time and energy to making sure everyone at Acts is taken care of. He treats the community as a family, and that is what helps set him apart from the rest.

“Jeremy is a natural leader and, in all my encounters and observations, he has exemplified the pillars of hospitality and kindness,” State Senator Maria Collett said. “He is a man of great integrity and enjoys the admiration of residents and staff alike.”

Collett speaks very highly of Neely, but she is not the only one. Anyone you ask, whether they are affiliated with Acts or not, will say how great of a leader and a person Neely is.

“Mr. Neely is a trusted voice in driving Acts’ vision of our culture and the relationships it forms,” Kaighn said. “As part of his engagement with staff and career development, Mr. Neely supports Acts Corporate University, serving on panels and as faculty on various subjects including the Acts Leadership Academy. His knowledge and perspective are respected throughout the organization.”

Neely is such an impactful leader. Everything he does is for the benefit and betterment of the Acts community, and all of the employees and residents alike are appreciative of his unwavering support.

You can tell how great of a leader he is by the way he talks and his demeanor as he tells you how much he loves working in the senior care field, and how much he enjoys making an impact on the lives of those around him. He is truly a difference-maker and he is someone that should be looked up to by the leaders to come through the Acts community in the future.

“As an accountant, there were many career opportunities,” Neely said. “However, I wanted to make a difference. Aging services seemed like an opportunity to combine my professional skills with service. What I didn’t expect was the profound impact that the care and services to residents would have on me.

“Joining Acts gave me the opportunity to learn and grow within this industry. Witnessing the actions of leaders and staff throughout the organization influenced me to want to contribute more.”

Neely always wants to do more, and that is amazing when you think about his many contributions  e has already made at Acts, but he is not done yet! He loves making an impact, and he says it is a true blessing to serve as an aging service professional.

“Mr. Neely is a highly respected and committed leader who touches the lives of thousands of residents and staff on a daily basis,” Kaighn said. “His engagement across the industry brings value to Acts, but more importantly brings value and benefit on a broader scale.”

“If I step back from the many roles in which he has served with us, what most stays with me is his presence, his wisdom, his solidness, his spirit and his gifts with people,” colleague Jody Sorum Brown added.

It is apparent how highly regarded Neely is And how grateful Acts for his dedicated leadership. Congratulations on receiving the 2022 Leader of the Year Distinguished Service Award. It is well deserved! 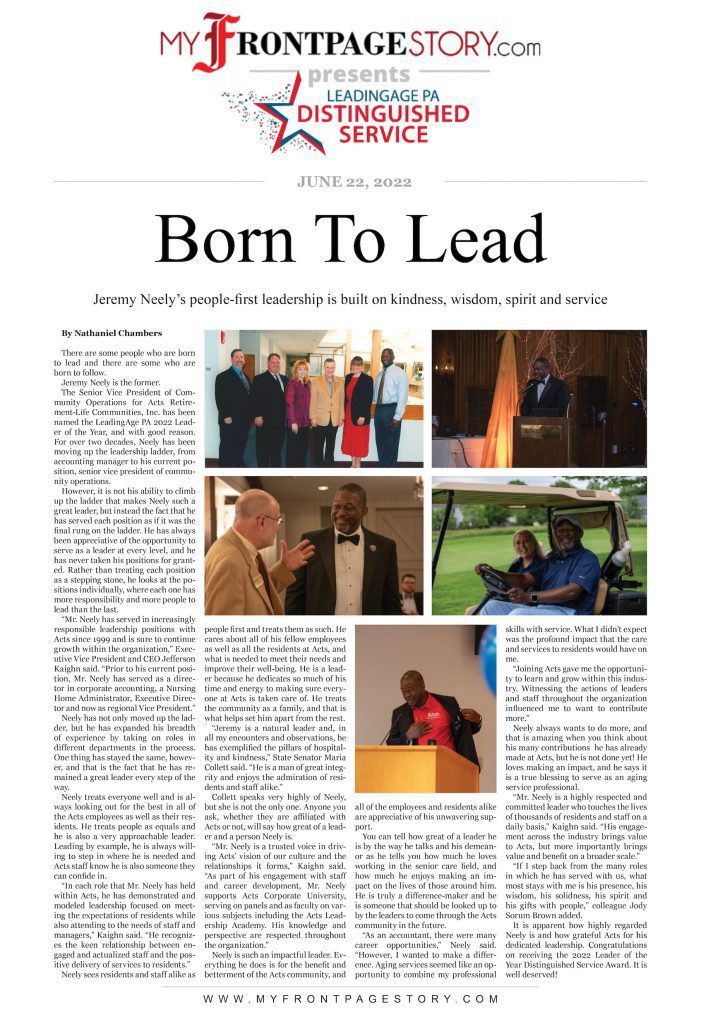