‘KEL-ZERKER’: Kelsey Dallas is laser-focused on unleashing her best as a dedicated mother, wife and editor 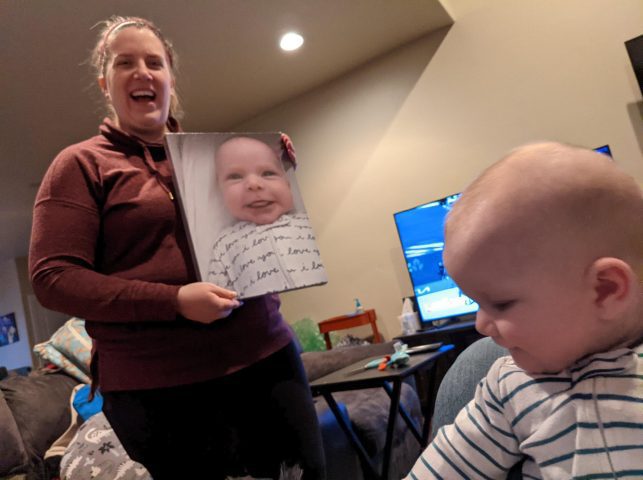 Kelsey Dallas didn’t want one bachelor’s degree, she wanted three, all acquired simultaneously with a pristine grade point average. More recently, she wasn’t about to take a promotion to deputy editor at The Deseret News without holding onto most of her writing duties. Kelsey has never been one to shy away from hard work or compromise on her grandest plans. She wants it all and isn’t going to stop until she earns it.

Mike Price has a nickname for the relentlessness Kelsey unleashes, whether to study, research or handle assignments. And while he admits he feels compelled at times to steer clear when she is in that zone, Mike also admires how hard she works and lovingly calls that side of her “Kel-zerker.”

“She was the type of person who had a 4.0 in high school and college and went to Yale for grad school,” Mike said. “Every six months to a year at work, she gets promoted. She started as an intern, then was a reporter, and now the deputy editor.

“As part of that, she still has a really good sense of humor. She really focuses when she is working. We call it Kel-zerker mode. She’s also just as capable of chilling out, watching funny stand-up, and stuff like that.”

When it’s time to be serious, Kelsey most definitely is, and there’s nothing she takes as seriously as being a mother to her 7-month-old son, Murray.

Kelsey keeps an eye on every detail, big and small, to ensure Murray’s development remains on the right track. The late-night feedings, the sleeplessness and the ability to put herself last are all part of the package.

Mike says he’s “wowed” by Kelsey in many ways, but perhaps none more so than her as a mom. She tackles everything in her path while also working harder than ever in her new job, which came to be, in part, because her maternity leave revealed how vital she was to the entire operation.

“She went on maternity leave and they realized how much they needed her,” Mike said. “She still writes more than everybody else on her team as a reporter, but she also does the deputy editor job.”

Every day, life brings out the “Kel-zerker,” but that’s nothing new for the woman who got bachelors degrees in economics, English and religious studies at Iowa, and who earned her masters at Yale. She was drawn to an internship at The Deseret News because it was a convergence of her interests and allowed her to use more than one degree.

That career choice brought her to Utah, where she met Mike on OkCupid and eventually agreed to a first date that included three hours of fine dining at Chipotle. Their path forward was seamless from there as they moved in together a few months later and were married in March 2018.

Mike credits Kelsey for broadening his horizons, making him a more complete person, and showing him what it means to be relentless as a parent. They both bring a little something to the table as complementary pieces who can work together in their partnership and in their new roles as parents.

Mike admits he isn’t the expressive type, but he did pleasantly surprise Kelsey by sharing a few of his thoughts on their anniversary, which are just as true now:

“Several years ago today (can’t remember how many), Kelsey and I got married. Back then, she was a crazy intelligent, hard-working, hilarious and serious journalist. She’s still all of those things and also a fantastic, caring, record-keeping and fun mom (to a human and dogs alike).

I couldn’t be more grateful to have the opportunity to spend 70-100 years with Kelsey going to Chipotle every six months, chasing around small dogs (and more small humans?), watching stand-up and weird cooking shows, and almost certainly talking about religious freedom legislation.” 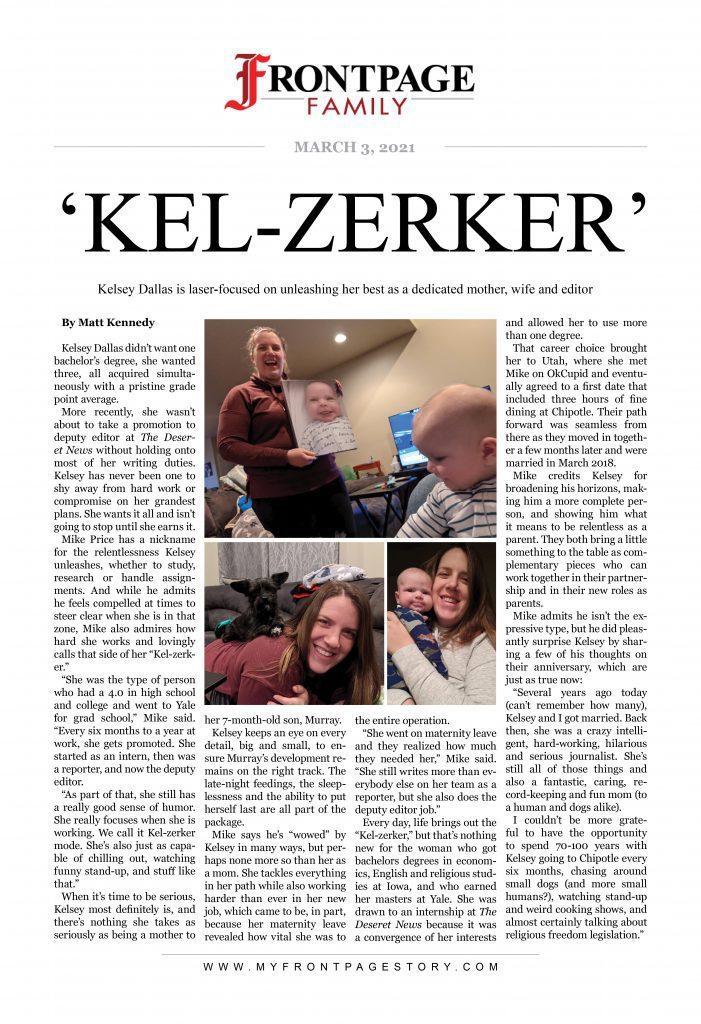