‘Loving & Caring’: Miranda Herrera is an amazing mother and a loving wife who helps bring out the best in Michael 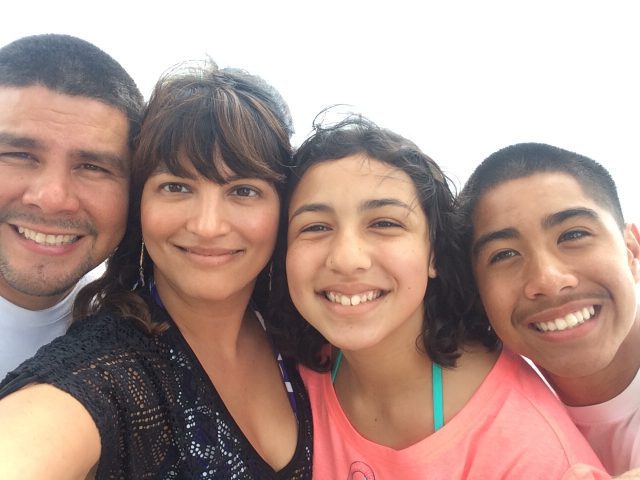 Miranda Herrera will take it to her grave that her future husband Michael ditched the conversation he was having, pivoted and sprinted across the street to see her. Michael isn’t so sure about the finer points of her account, but he admits he probably would have done whatever it took to get her number.

Whatever his method and however urgently he got there, Michael did cross that street and strike up the conversation that would change his life. He had seen Miranda around on his mail route when she was working with patients at the local hospital and at a certain point knew he had to get to know her. He apparently reached that point quickly.

“I was talking to one of my customers, then I had seen her in my peripheral vision,” Michael said. “She called me over. I stopped talking to that lady and was like, ‘Hey!’ And ran across the street. She’s willing to die by that story, so maybe I did. I’ll roll with that one.

When you’re as in love and thankful as Michael, you’ll happily accept whatever story your wife says about how you met.

Just like he accepts and loves everything that has come since.

Parents in a blended family to Mikie (20) and Kiki (19), Miranda is the shoulder to lean on, the one who can listen and help with just about any problem their kids have. She is the kind of mom who is involved in everything they do.

“My son actually asked her if it was OK to call her Mom, and that says a lot right there,” Michael said. “She spends time with them, talks to them.

“I was the dad, so I was more like the tougher parent. When she came into my and Mikie’s life, he had someone else to talk to. She would give the motherly advice, help him out with his problems, just listen and not judge, and in that way, both the kids are able to open up to us a lot.”

A great listener is inherently who Miranda is. She worked in orthotics and prosthetics and   at the hospital, dealing with patients daily, when she first met Michael. And now she works in the police records department, where she works with people from the community daily.

“Maybe I was a little into myself before I met her, and she changed me a lot,” he said. “Even as a parent, she taught me to be more open-minded to things, just see the world in a different way, basically. I’ve definitely grown up.

The family is close, and that is in many ways because of Miranda, whose selfless, caring nature has helped bring two families together.

A standing tribute to that is the koi pond in their yard. It was a family effort — with son and daughter digging the hole and mom and dad building the pond. They like hiking together and spending time in the bay area. Miranda likes to visit thrift shops and consignment shops on their way there.

Michael had heard horror stories about blended families, but that’s been the furthest thing from their experience through eight years together, five of them in marriage.

“She’s a loving, caring person,” Michael said. “She doesn’t judge anybody. She’s a great mother. She’s everything that somebody would want in a woman. She’s willing to help. She does it all.

It’s why this Valentine’s Day he wants to express his gratitude for all Miranda does.

“I just want to say thanks for showing up, thanks for always being there. Thanks for loving me. You will always be my Rannie.” 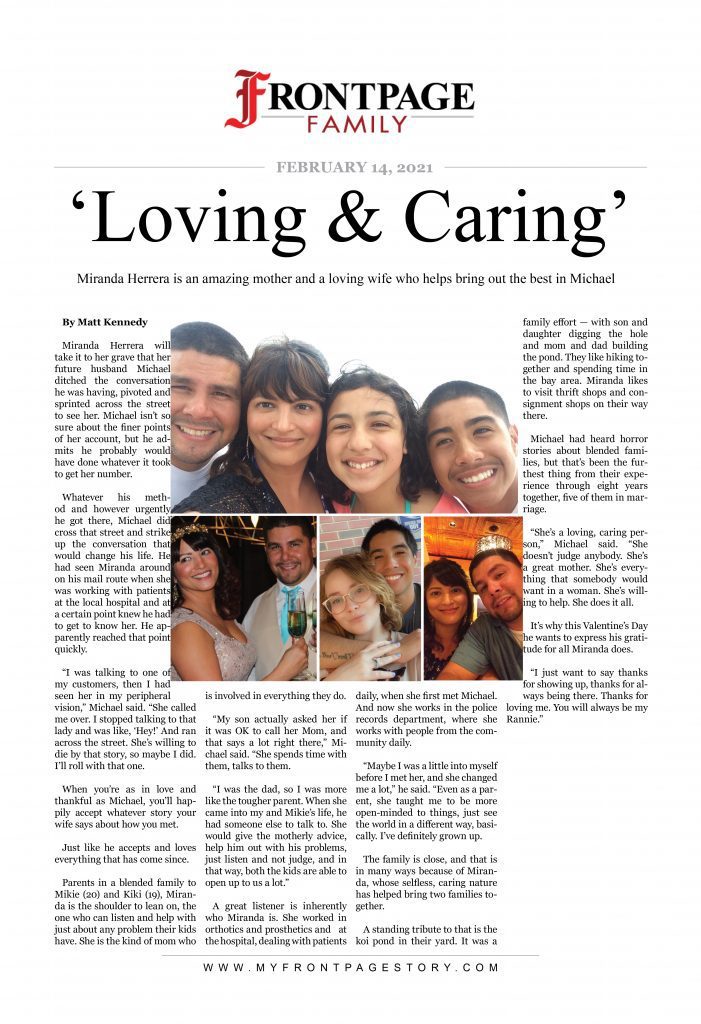