Loving Sacrifice: Elizabeth Walker loves her family and does whatever it takes for Chad and their kids to thrive 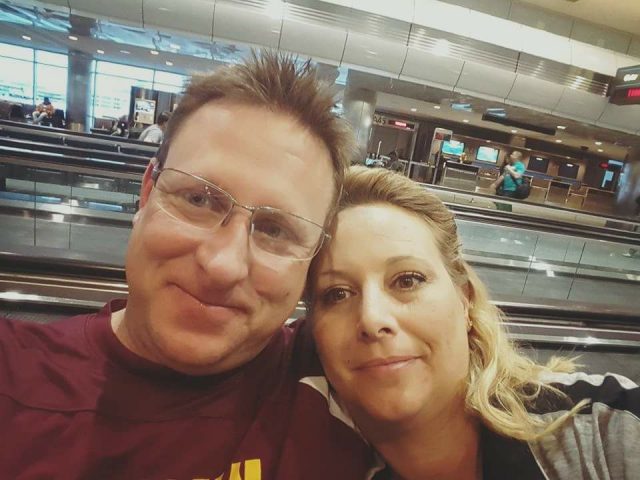 That’s how long Chad and Elizabeth Walker had to plan their wedding, which was a sprint to the finish full of begging, borrowing and dealing to line up all the essential elements.

The ceremony wasn’t the fairytale they imagined it might be, but it did set the stage for 17 years of ups and downs where they’ve been determined to work together as a team.

When times get tough, Elizabeth is ready to sacrifice and do whatever it takes to help pull her family through it. Their wedding was just one example of that determination, though they still hope to have the grand ceremony they always wanted.

“It was tough,” Chad said. “That’s one of her biggest regrets.”

Elizabeth has not only shown a willingness to put her own wants or needs on the back burner. She has insisted on it, whether for their kids, Bradley (22) and Kinsley (16), or to give Chad the opportunity to further his education and do what he loves as a basketball coach.

Sacrifice is such a big part of who Elizabeth is that she barely recognizes when she does it anymore. That dates back to her time raising Bradley on her own and doing anything and everything it took to feed, clothe and support him. She did odd jobs and routinely put herself last in support of her main mission of raising her son.

When Elizabeth and Chad had Kinsley, she did the exact same thing for her.

“She is always willing to sacrifice what she wanted for the rest of us to reach our goals along the way,” Chad said. “I’ve got two masters, and she kind of motivated me to go get them. As I was getting them, she was giving up something she wanted. To juggle all that with being a parent, she held down the fort and kept it all together.”

The Walkers are approaching a chapter in their lives where Chad is willing to sacrifice for Liz to reach her goals. He loves that she is getting that opportunity because he can think of no one else who deserves it more.

Elizabeth is working toward her bachelor’s degree in nursing and taking the first steps toward a career where she can apply her hospital experience toward doing what she always does, which is take care of others.

“She’s waited a long time,” Chad said. “With all the setbacks she has had, starting school and stopping school, I can say how proud the entire family will be of her when she finishes because of everything sacrificed along the way.”

Sacrifice has been at the heart of Elizabeth’s approach as a mother, but she means so much more to the kids. She is always there to listen and support them in whatever they are doing, but when the time for tough love comes, she can do that, too.

Trust plays an important role for Elizabeth because everyone under her roof knows they can count on her. At the same time, Elizabeth keeps her eye on the big picture and makes sure she isn’t protecting the kids from making mistakes that will allow them to grow.

“She’s the biggest supporter of everything they do,” Chad said. “She’s not afraid to let them fail. She’s not going to be the helicopter parent who is making sure everything always goes right with the kids. When they’re upset and need to talk, she talks to them. When they need to be told they messed up, she’ll tell them. She’s a big-time matriarch. She holds the family together.”

Maybe Chad had this sense about her when he skirted HR’s rules and browsed her personnel file to get her phone number. He admits he wasn’t in the best spot in his life at that time, but meeting Elizabeth and starting their family has helped him reach heights he might not have thought possible.

It’s the powerful effect of being with a woman who genuinely wants the best for her family. That’s everything Elizabeth stands for and why she is at the heart of every bit of success her family has. Chad, Bradley and Kinsley are all grateful for everything she does, and everything she sacrifices, to make that happen.

“None of our accomplishments would have happened without Liz,” Chad said. “She made sure it all happened because she is always sacrificing her time, challenging us and motivating us along the way to be able to do it.” 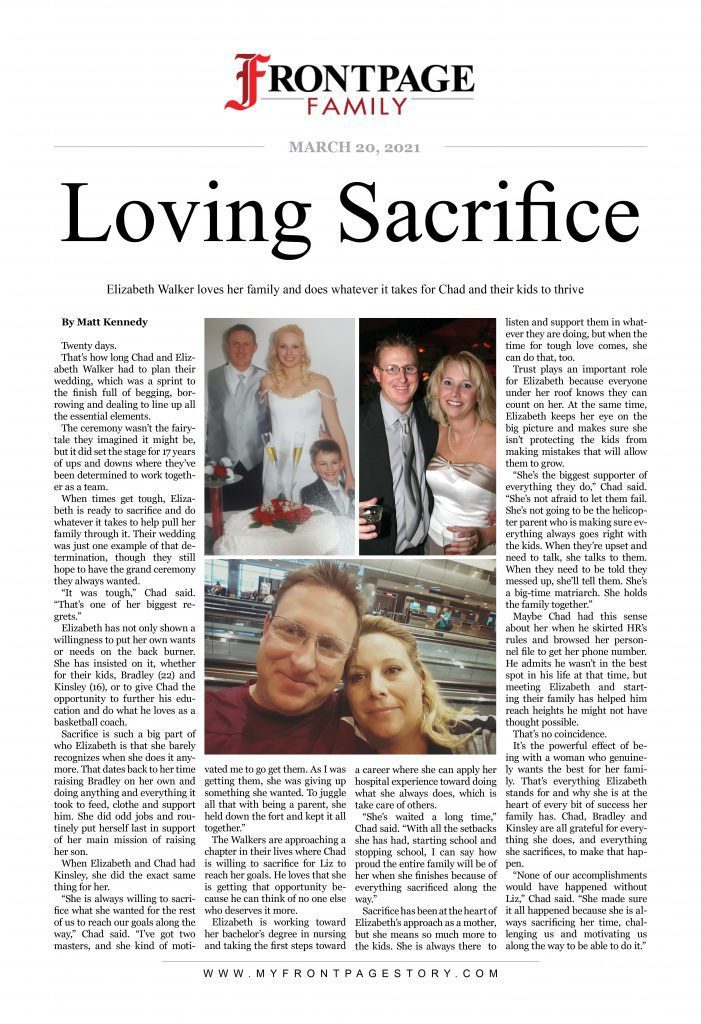