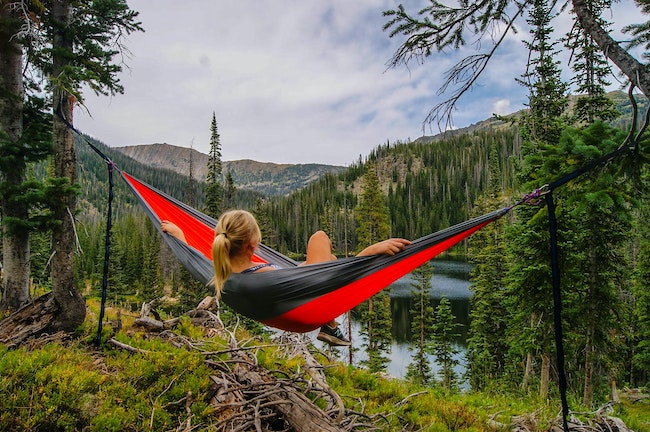 It’s National Hammock Day, which means this is where we are supposed to insert some sly marketing comment about getting out and curling out in a hammock while reading the stories on our site that past customers have had written about them.

In all seriousness though, hammocking can be one of the most relaxing things you can do, which is part of the reason why this holiday was started.

If you are like me, you do not take too much time off to truly relax and enjoy nature. When you set up a hammock, however, you can do just that. Whether you want to pop in headphones and enjoy relaxing music, listen to the sounds of birds chirping or curling up with a good book or article, hammocking can be a good way to truly disconnect from social media for a while and enjoy the simple things in life.

After all, that is what hammocks are for… or are they? 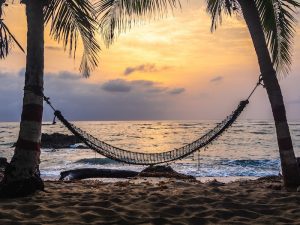 Hammocks were originally invented as a piece of protection from creatures and insects. They were used in warmer climates – which that part obviously has not changed – but what was different about them was the fact that their original intended purpose was completely different.

Hammocks originally helped prevent diseases, and when Christopher Columbus saw how useful they actually were, he decided to bring back a bunch from the Bahamas to Spain.

Hammocks were then used for sleeping on ships because their use was three-fold: it saved space, it kept the sailors off the moist ground and the hammocks moved in harmony with the ships, which helped prevent some seasickness. Plus, there was the added bonus of comfort from sleeping in hammocks.

In some instances, hammocks were even used in prisons to cut costs, and in other instances they were tested in space shuttles.

All that has led to the comforting hanging bed of sorts we have now when we use hammocks, and I am sure most people today are glad they can use them in the comfort of their own backyard between two trees.

Everything has a history, and the hammock’s is interesting to say the least. However, I think I will stick with using my hammock for chilling purposes and not for its original purpose.

That being said, hang around today and enjoy a relaxing National Hammock Day!