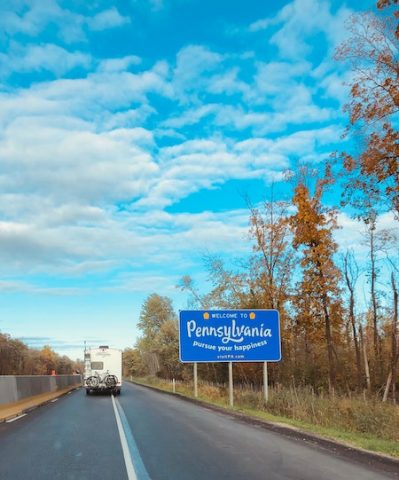 Today is yet another “special holiday,” but this one hits a little close to home for myself and for this company. 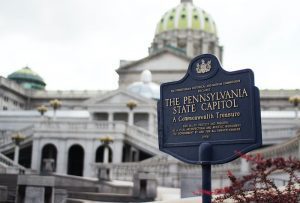 We wanted to take this opportunity to talk a little bit about the history of Pennsylvania, as well as some of the important noteworthy things of the place we all call “PA.”

First of all, Pennsylvania – also known as the “Keystone State” – was actually just the second “state” to join the union. If you notice, I put state in parentheses because Pennsylvania is actually one of four commonwealths, which in today’s terms means nothing other than the distinction in name alone. Most people that I know refer to Pennsylvania as a state, but it is still distinguished as the Commonwealth of Pennsylvania for different governmental purposes.

As of 2015, Pennsylvania was made up of 16.9 million acres of forestland, or 58 percent of the commonwealth. While that may seem like a lot of forestland, if you have lived in Pennsylvania long enough you have probably seen them build on enough farmland to make up for the “lost land” in terms of not being able to build on the forest land.

In addition, Pennsylvania also makes up 230 miles of the Appalachian Trail, which is one of the most widely regarded hiking trails along the east coast.

In Pennsylvania, we also have many cities that are well-known for different historical reasons:

Allentown – The Liberty Bell was hidden in a church basement in the mid-eastern city of Pennsylvania during the Revolutionary War in fear that it would be seized by the British and melted down for ammunition. Thankfully that did not happen and it was returned to Philadelphia in 1778.

Erie – Known historically as a battleground during the War of 1812, Lake Erie is part of the Great Lakes and is one of the most popular water spots in PA.

Gettysburg – Most people have heard about the Battle of Gettysburg, which is arguably the most famous battle during the Civil War. It should come as no surprise that Gettysburg is now a popular spot for people to visit as it is home to the Gettysburg National Military Park, which is a place where you can really brush up on your history lessons. 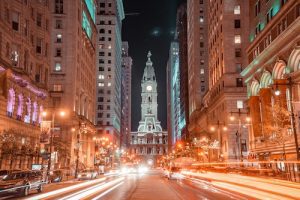 Harrisburg – The capital of Pennsylvania is home to the largest indoor agricultural event in the US (the Pennsylvania Farm Show). The Capitol building itself was also said to be the “handsomest building” President Teddy Roosevelt ever saw. 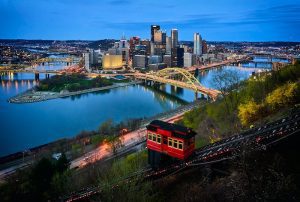 Hershey – Widely known as the chocolate capital of the US, Hershey is also home to HersheyPark and the best AHL team in history, as well as boding the nickname “The Sweetest Place on Earth.” Need I say more?

Lancaster – This city is known as Amish country, but more than that it holds the record for shortest time spent as a US Capitol (one day).

Philadelphia – The City of Brotherly Love is also known as the birthplace of our nation, as it is the place where the Declaration of Independence was signed on July 2, 1776. It is also home to the Liberty Bell and was the US capital six different times.

Pittsburgh – The City of Steel played an integral part during war times, and has been a hub city in the past. The first official MLB World Series game was said to have been played in Pittsburgh as well.

York – The third of Pennsylvania’s rerepresentation of US capitals, York is another place with a whole lot of historical significance.

On top of having many widely-regarded cities, Pennsylvania is also the birthplace of many famous foods.

Pierogies – This potato filled food is a staple in Pennsylvania. 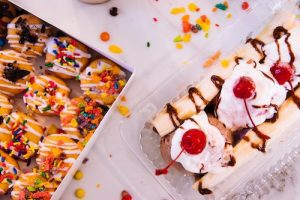 Cheesesteak and pretzels – Two popular foods not only in PA, but across the nation.

Twizzlers and Peeps – These two snack foods are known by most.

Tastykake and the Arnold Palmer – Another snack food and a specialty drink mix that many people know.

Banana split – A tasty ice cream sundae that I have always wanted to try but still never have.

Shoefly and tomato pies – Some very interesting pie concepts to say the least.

Pennsylvania is also the top brewer of craft beer in the US and the birthplace of so many different things, including Little League Baseball, roller coasters and the stock exchange. The commonwealth is also home of Mr. Roger’s Neighborhood

On top of all this, Pennsylvania is also the birthplace of many famous people:

Arnold Palmer – The famous golfer whose namesake is the aforementioned sweet tea and lemonade mix. 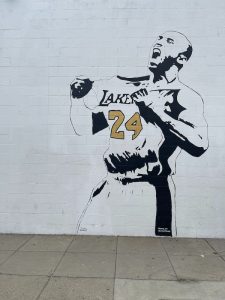 Bradley Cooper – This man is an actor who has won two Grammys and was voted “Sexiest Man Alive” in 2011.

Daniel Boone – One of the most famous pioneers in history.

Gina Carangi – She is considered to be the first ever supermodel.

Fred Rogers – It’s a beautiful day in the neighborhood, isn’t it.

James Stewart – He was both a military pilot and one of the most famous actors of all time.

Jayne Mansfield – She was a Playboy Playmate who won a Golden Globe.

Joan Jett – She is one of the more famous musicians of all time.

Kevin Bacon – The star of Footloose and so much more.

Kevin Hart – One of the most standout comedians of our time.

Kobe Bryant – One of the best NBA players of the century. May he rest in peace. 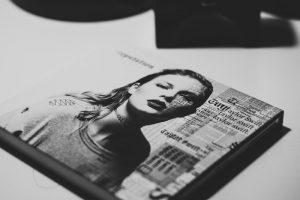 Lil Uzi Vert and Mac Miller – For all you rap fans out there, you know who both these men are.

Taylor Swift – Known for her beef with Kanye West and her transition from country to pop music.

Tina Fey – There are probably not too many people who have not heard this name.

Will Smith – Make sure you keep his wife’s name out of your mouth.

Wilt Chamberlain – The man known for dropping a measly 100 points in a professional basketball game.

And the list goes on and on and on.

Long story short, Pennsylvania is known for many things, and if you look up Pennsylvania on Google, you will find that we actually have a very rich history. It has its goods and its bads, but at the end of the day, Pennsylvania is where MyFrontPageStory.com was conceived, and we are all proud of our Pennsylvania roots.