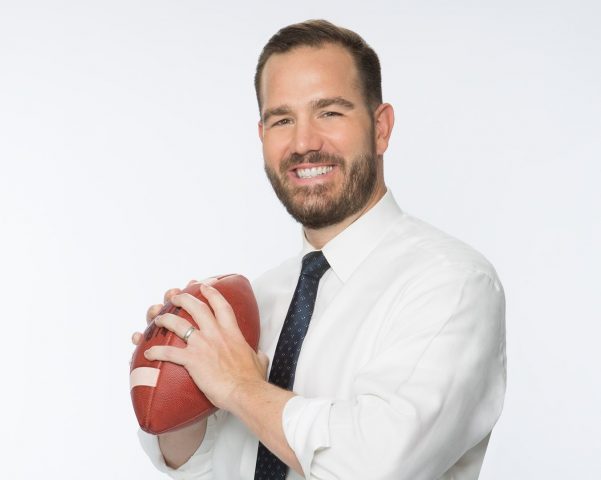 NFL analyst Ross Tucker is a staunch believer in the benefits of MyFrontPageStory.com and can be heard on the airwaves explaining why he likes the idea so much. It’s quite simple: our stories are written by professionals and celebrate the people, businesses, moments and occasions that mean the most to us.

Ross explains that perfect on a recent radio appearance, including two times where he presented MyFrontPageStory.com as gifts to his own family members. Needless to say, the stories and the incredible thought and detail that goes into them, made a mark.

In a separate interview, Ross also explained the effect MyFrontPageStory had on occasions such as Mother’s Day and Father’s Day. He also went into greater detail about why he got involved and what kinds of stories can be written to celebrate the most important people and moments in our lives.

“I’ve always believed in the power of the written word and that’s why these stories are so impactful. I’ve purchased a couple for family members and their reactions have been overwhelming. It’s the most unique gift idea out there.” — @RossTuckerNFL https://t.co/o5IOonojZ5 pic.twitter.com/SKhoHn7h5s

“Best gift ever!!!” is how Ross Tucker’s mom, Sandee, described the story written about her for her birthday. Our writer talked to both Ross and his sister and learned about the great sacrifices Sandee made in both of their lives and told the story of what it meant to them and how Sandee inspired them along the way.

“Sandee projects love and positivity, and she might be the most outgoing person in the history of Wyomissing. But at the heart of all those good vibes is something much deeper and foundational to her children’s many successes in life.” #StoryQuotehttps://t.co/zwV0YiHRJA

MyFrontPageStory.com also had an opportunity to talk to the world’s most tireless sports reporter, Adam Schefter, about the driving force his wife Sharri is on his family. His situation is unique because he works long hours and can be pulled in many directions, and Sharri is the force behind the scenes who loves and supports him in every way.

On this Mother’s Day, we cannot put into words how much Sharri means to us. So @MyFrontPageNow tried to help. Thanks for the Mother’s Day gift and describing what a great mom Sharri is, per sources. pic.twitter.com/oEIWhtwkmh

Schefter has since called it the perfect gift for anniversaries, holidays and so much more!

Take it from Adam Schefter. Get the “best gift idea out there.” pic.twitter.com/OXevWfLL2h

To learn more about what MyFrontPageStory.com can do for the next big occasion in your life, contact us or check out our affordable story options.