‘Our Rock’: Robin is a loving wife to Raphael and a dedicated mother who now loves nothing more than doting on her nine grandkids 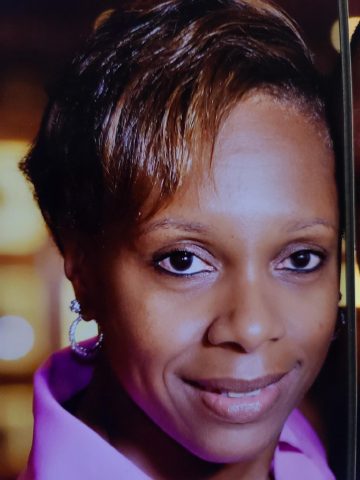 When Raphael Lazare met Robin, his future wife, for the first time at the daycare where she worked, he didn’t hold back his feelings. Whatever was happening that day, Robin seemed to be projecting, and Raphael let her know about it.

“I just made the comment when I met her that she always looked mean,” Raphael said. “Maybe she had something on her mind. She did not have a pleasant look on her face.”

First impressions aren’t always the best ones, though, and Robin has proven him so, so wrong in the best way possible. Raphael got her number from her co-worker and they went on some dates, which led them to where they are today.

They are 23 years into their marriage with five kids, Brandy, D.J., Ralph Jr., Eric and Keisha and nine grandchildren ranging in age from nine months to 13 years old.

Surely, Ralph and the kids have deserved some tough looks from Mom over the years, but he’s undoubtedly found that there’s much more to his wife. In his eyes, nobody represents honest love and strong character more than Robin does, and it was apparent to him as soon as he started getting to know her on a deeper level.

“Coming away, it wasn’t like I never wanted to see her again,” Ralph said. “When you peel back those layers, she was an interesting person. I thought she had great character and it just went from there.”

Robin has proven again and again to be the person Raphael loves, adores and respects more than anybody else in his life. She is a difference-maker as a wife and mother, and she now positively insists on having as many of her grandkids around her, as often as she possibly can.

That look Raphael first saw from his wife clearly wasn’t the person who is willing to think about others first and has a hard time saying no. As a mom, Robin’s kids trusted her and knew she would always be there for all of their events. Robin went above and beyond to make sure each one of them had exactly what they needed.

Working in outpatient testing at the hospital for more than 20 years, Robin’s world now revolves around those nine grandchildren. Loving her kids’ children fits her like a glove.

“She loves it so much,” Raphael said. “Sometimes she doesn’t want to send them home. She sees them every week, but still wants them to stay. She cooks for them, plays with them, reads to them, helps with their homework.

“She loves having six or seven of them together for a weekend so they can bond.”

Even raising the five kids and with the grandchildren now front and center, Raphael knows he’s not the person, father or grandfather he is today without her strength and support. Robin is the foundation of her family and the force that continues to inspire Raphael to be the best man he can be.

“She’s my rock, actually,” he said. “She’s the one that makes me want to be better even if I don’t want it for myself. I want to be better for her. She takes good care of me and makes sure I don’t have any wants. All my successes are due to her, from her strength, supporting me and having my back.” 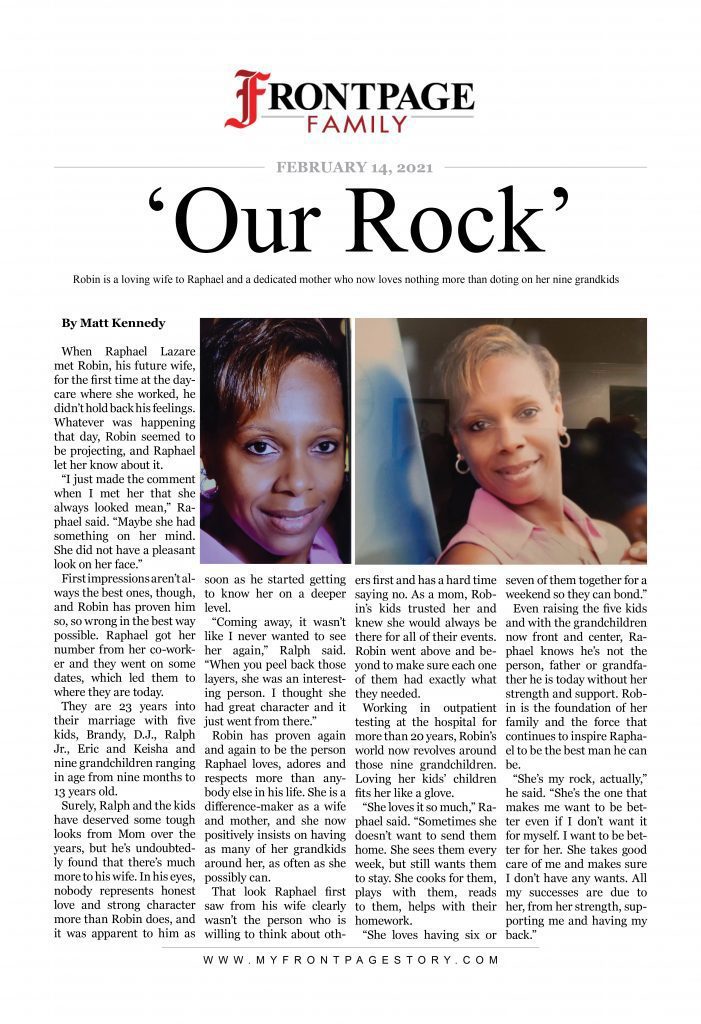