Rock Of Love: Larry fell for Chris at one of his rock shows, and she has stuck by his side ever since 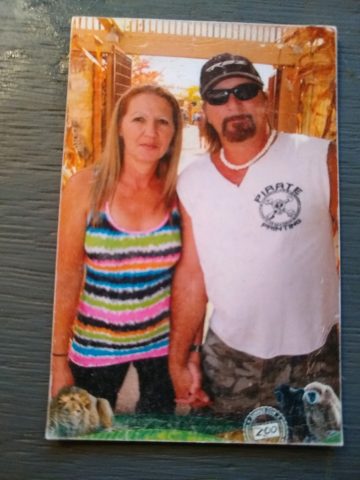 The message was clear from Anita and Lorie, both to Larry and their sister, Chris: Don’t screw this up.

For Larry, those were strict marching orders to not hurt their little sister. And for Chris, Anita and Lorie were serious about their friendship with Larry and fans of his rock band.

The stakes were high when Chris was finally able to shake herself loose and came to an open jam night, which is when she got the warning from Anita and Lorie. Thankfully, Chris and Larry never had to find out how serious they were because, 10 years later, the last thing either of them want is to screw up what they have.

That’s especially true of Larry, who likes to joke that he is Chris’ unofficial seventh child and a much older brother to Timothy, Christopher, Nicholle, Thomas, Mathew and Cody.

Chris is a tremendous mother to them and a longtime nurse who now does factory work, so she’s compassionate but clearly knows how to work and get things done.

“She’s beautiful,” Larry said. “She’s very determined and motivated, and she can decorate like you wouldn’t believe. She’s a hard worker who never misses a day, and she really loves her family.”

Larry should count himself lucky that Chris loves him, too. They’re joined at the hip now and proud and excited to say that, after five years, they are getting a fresh start together in a beautiful home. The feeling they have is that it’s the start of a brand new chapter along with their beloved rescue dog, Boe, who will be in 11 in March.

Larry loves that he can count on Chris for anything, and that she supports him and helps him grow as a person. He still loves rock and roll, for example, but he’s moving past the bar and club scene and focusing more on family. Some credit, though, does go to the fact that Larry also now has a “real” job.

“I guess I’m more mellow now,” Larry said. “She’s mellowed me out. I don’t have a desire to go out and play in a band anymore. Up in Ohio, I had my own handyman service and played in three bands to make money. Now, I’m working 40 hours a week.”

As Larry describes it, he has also put Chris “through hell” with two major health issues that have popped up recently. Last December, right around Chris’ favorite time of the year, Larry had a heart attack and needed triple bypass surgery. Then about six months later, he had to have his Carotid artery cleared out.

Larry knew it already, but he saw it once again, when life got hard, Chris is the kind of woman who sticks by his side. Good times or bad, he can count on her, which means everything to him.

“I wouldn’t be here without her,” he said. 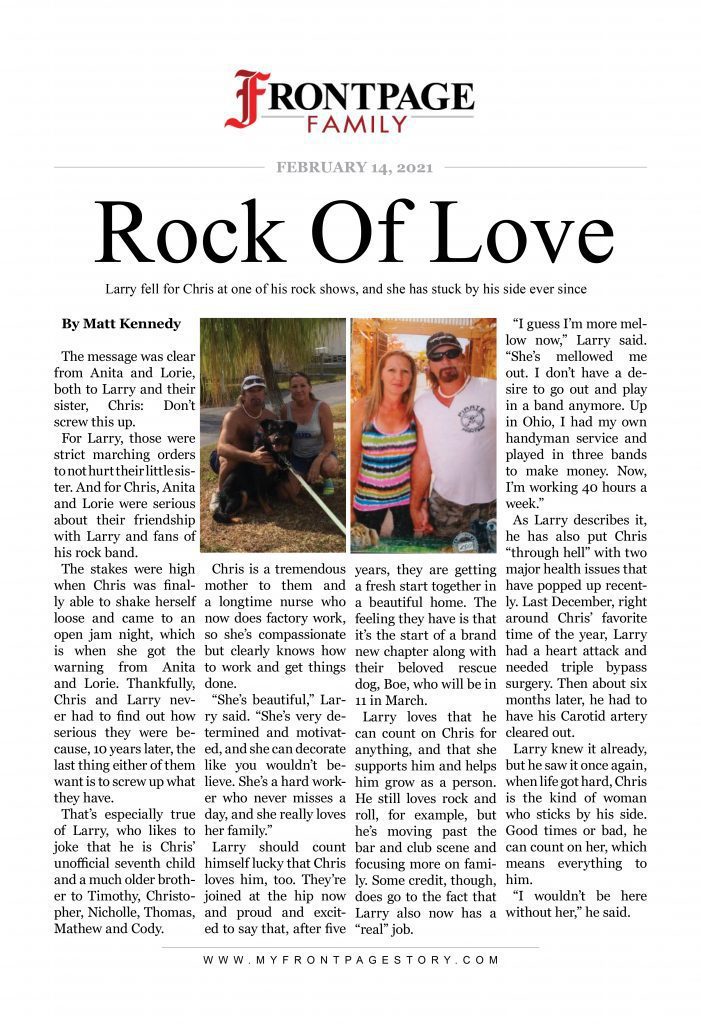