Proverbs 31 Woman: Natalie Millican shows up for her family as a mother, a wife, business manager and friend 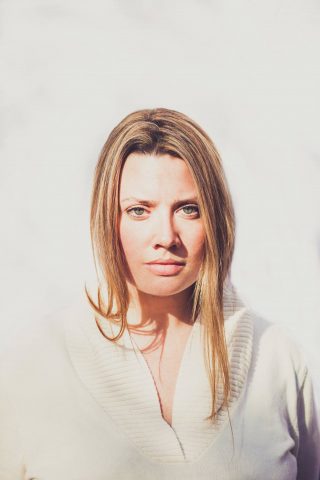 John Millican points to the bible and calls his wife, Natalie, a “Proverbs 31 woman” for the way she commits to her family, shows strength and is relentless in her support of him and their kids, Raegan (9), Berklee (7), and Jace (5).

Natalie is up early, working late, handling the family’s rental properties, and doing all the legwork to make the kids’ blossoming acting careers possible.

Natalie doesn’t pick any one individual area to thrive because she wants the best for her family in every way possible. From John’s pursuit of her until now, she has shown extraordinary grace in guiding her family with selflessness and dedication.

Natalie puts an incredible amount of effort into everything she does, especially as a mother and a wife who is there to push when needed. More often, she is good for a hug and a word of encouragement.

“One of the things that most attracted me to her is how smart she is and how loving she is,” John said. “She loves animals, and she takes care of our kids and makes sure they know they are loved. That’s her biggest thing. She’s always there with a hug and a smile to comfort them when it’s needed.”

Ever since John met Natalie while she was working as a waitress, she has shown the ability to smooth out his rouge edges. But he looks back on those early days, when he said he asked her out every day for a month, and realizes how close he came to blowing it.

All that pleading for her to give him a shot, and John went and stood Natalie up for their first date.

He said he got a little too rowdy the night before and didn’t want to show up for a date with a woman like that with a fat lip. By the grace of God, Natalie agreed to give him another chance, and this time it only took John about a week to convince her.

“A week later, I convinced her to go out with me again,” John said. “That was Mother’s Day 2001, and we’ve been together ever since.”

John and Natalie are approaching 20 years together, and many of the same themes still hold just as true today as they did two decades ago. She is just as gracious and understanding, but at the same time, she has no problem holding John accountable when he needs it.

Natalie is also the best mother her kids could ask for and a rock of support who always has John’s back, which now includes being his unofficial tutor in his return to school. Certainly, she guides the kids in much the same way and puts every single one of their needs ahead of her own.

Sacrifice, selflessness and smarts, it’s all part of the package for a woman built on the biblical principles of a good woman. John and the kids appreciate her for all the ways she shows up for them, loves them, and fights on their behalf.

“She embodies what a Proverbs 31 woman is,” John said. “To me, that is about the biggest compliment I can give her. She takes care of the family, the house, me, and our business.

“She takes care of our kids’ business and their acting careers, our rental properties. She does all those things, and sometimes I forget to show her I just appreciate everything she does.” 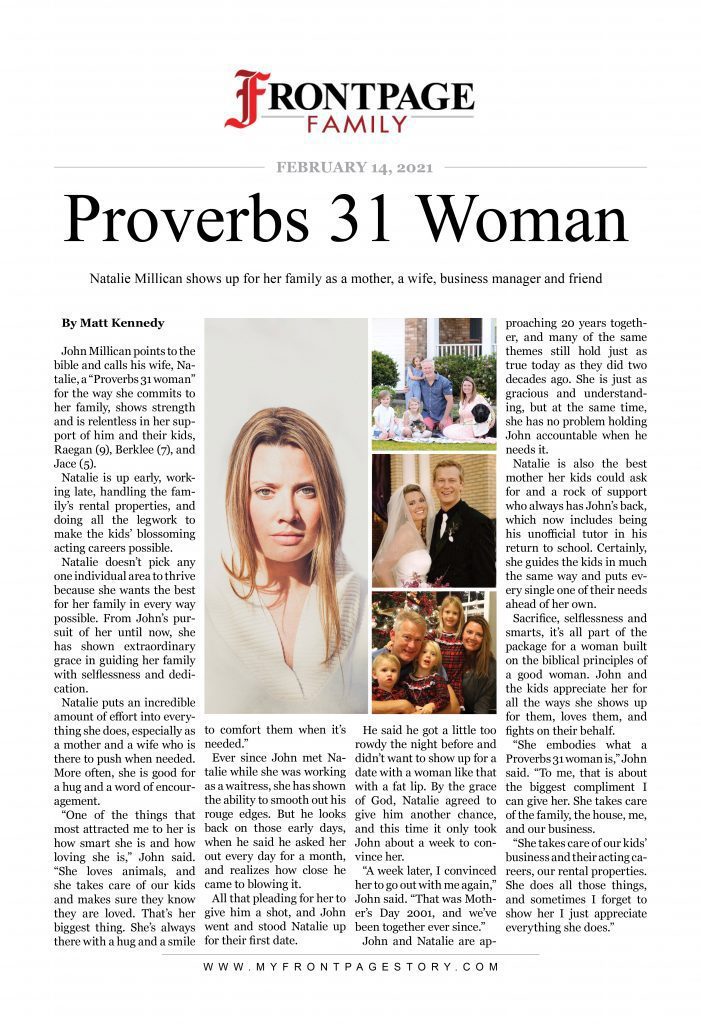