‘THE BLAKESTER’: Heather Blake Vargas is a loving friend, an incredible mother and grandmother, and a roller derby badass 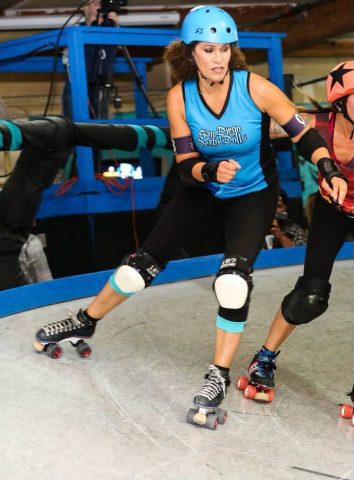 When Heather Blake Vargas travels to Indiana this March to see her daughter, Bianca, and her precious granddaughter, Vivien, she might never let go of them. Heather is a badass Derby Doll who can beautify a client one moment or hip-check an opponent the next, but family is truly her happy place.

Nothing brings Heather more joy than little Vivien, even when she’s had little choice but to rely on FaceTime to see her for the better part of two years. Those calls are a daily occurrence, thankfully, and even though Vivien is growing up fast, the love she and Heather have for each other is plain to see.

“Her granddaughter and her daughter are her pride and joy,” Heather’s boyfriend, Eric, said. “A lot of the characteristics that Heather has, this little 6-year-old has.”

Eric couldn’t think of a bigger possible compliment in a person than to compare them to Heather.

He saw all of her shining qualities from the moment they first met. That initial meeting happened online, but they could tell they had a connection and made plans for a first date. That was supposed to happen on a Friday, but Heather texted him on a Thursday and they got together for “pre-date” drinks.

Things moved quickly from there, and within two months they were visiting Bianca and Vivien together. In their early days of dating, they recognized how quickly they were moving, and when they did feel themselves drifting even slightly apart, they were quick to snap back to the reality they loved.

“We moved fast,” Eric said. “We hit it off from the beginning, There were times we took a few nights off, then we were like, ‘This is stupid. Let’s just get together.’ I ended up moving in to her house, and we just never stopped. It keeps getting better.”

Heather’s best friend, Paula, shares the same thoughts and feelings about the best friendship that is now in its fourth decade. Paula sees the same qualities as Eric does — Heather’s selfless attitude and the balance she strikes being beautiful and a roller derby badass — and more than anything, she just feels Heather’s love in all kinds of ways.

“I am a lucky person to have Heather in my life,” Paula said. “She is loyal, funny, crazy in all the right ways, beautiful in her heart and soul, and she never judges me. She is resilient.

“She’s a roller derby girl badass, an animal lover, and she never gives up on any goal she sets for herself. She’s been my best friend for 35 years. I couldn’t be more proud, and I am lucky in that way. I love her, that’s for sure.”

Heather credits Bianca for introducing her to roller derby, which she has done for the past six years. She had been roller skating since she was a little girl, which helped her be a quick study and make the leap to the Derby Dolls’ A team. Toughness and natural athleticism didn’t hurt, either.

“She had never played and became a natural,” Eric said. “She can pretty much do any sport, and she picks things up quickly.”

When she’s not finding a new way to amaze Eric, Heather loves her two cats, Dutch and Stella. She finds peace in doing yard work and in watching the breathtaking dysfunction of the “Real Housewives” shows.

Heather jumps at the chance to get away for spontaneous trips, but she also loves simple things and spending time with Eric around the house.

Eric can think back to the days before he met Heather and how he chased good times playing poker or hanging out at bars. He knows he has fundamentally changed since then because, now, all he wants to do is spend time with her instead.

“She’s the first girl I can say that about,” he says.

Heather is such a diverse and selfless spirit that all Eric can do is count himself lucky that he gets that opportunity. He also knows that life has taken on brand new meaning since he met Heather, and he loves every bit of it.

“Heather, you inspire me to be better each day, and I love you so much,” he said.

As for Paula, her 35 years of friendship has been a godsend that has given her countless unforgettable memories. In the process, Heather has caused her the best kind of pain.

“Heather is my best friend,” she said. “You know when you meet someone who can make you laugh from the gut when it hurts. That’s Heather. Her stupid way of looking at the world cracks me up. We will grow old together and I will go laughing the whole way.” 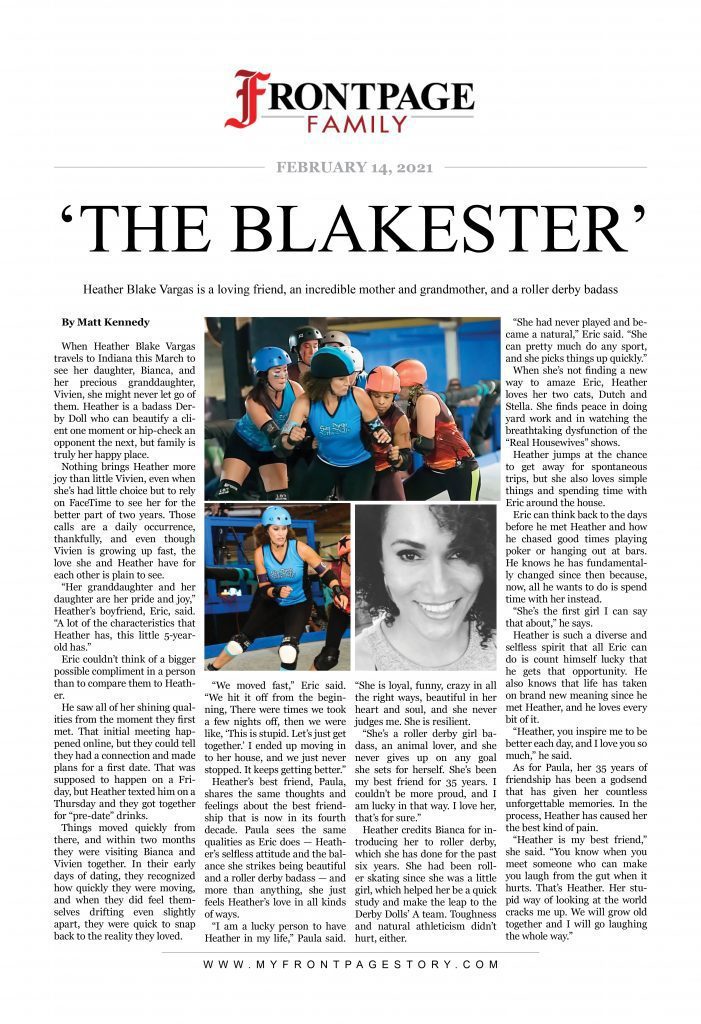