‘Very Nurturing’: Dana Hutton is a leader in higher education, admired by many and loved greatly by Brian and her pups 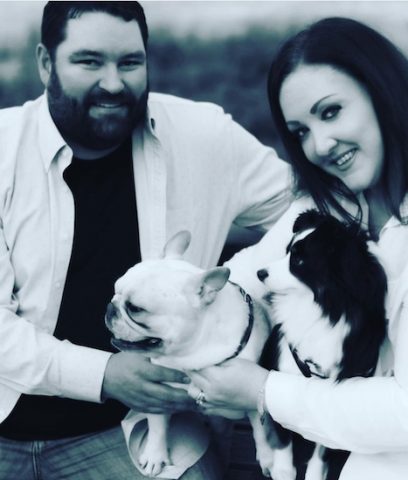 Brian and Dana Hutton have been on quite a journey together, taking them from the hometown where they met in Glade Spring, Va., to two chilly years in Indianapolis and to their current home in South Florida. All the while, Dana studied at Emory and Henry College and then got a masters degree in leadership from Capella University while establishing herself as a leader in higher education.

Brian has loved every second of the adventure with his front row seat to watch his wife’s growth in education and leadership. At the same time, as she’s built her own career, Dana has also thrown all of her support behind Brian’s endeavors and been an amazing “dog mom” to their 4-year-old Frenchie Finn and their 2-year-old Mini Aussie Mae Bell.

Dana is a little bit of everything to a lot of people as an impact educator, amazing wife, aunt, daughter and friend who is serious about the work she does but always ready to let loose when she can.

“She is very loving and has always supported me and everyone around her,” Brian said. “She’s a great leader, wife and daughter. She loves watching football, or at least she does it for me. She enjoys life and having fun with lots of laughter. She loves our two puppies with all her heart.”

Dana started down the road toward her current position in Higher Education almost by accident. She was looking to continue her education, but instead was recruited to work at the school she was exploring. Perhaps they saw what Brian sees every day, which is a natural born leader with a passion for education and serving others.

Either way, Dana worked her way up from there to Director of Admissions, then a Regional Director and a campus president before taking her current role.

It’s been a whirlwind decade and a half where Dana has chased her passion and proven herself as a standout leader in her field.

“Dana is a very successful executive in higher education,” Brian said. “This takes work and dedication, which she has done for over 15 years. She has a strong mind. She is very caring and extremely smart.”

Brian and Dana’s history goes all the way back to when they were kids in Glade Spring, but they didn’t start dating until their 20s.

That journey began with a few innocent games of beer pong on a night where Dana let Brian crash at her place when he realized he had no business driving. They started dating not long after that, and Brian has felt like the luckiest man alive ever since.

They were married 12 years ago and created a ton of memories together, from vacations to their honeymoon in Mexico to Bonnaroo in 2007 and their more recent drive through the beginning of a hurricane.

Their wedding song was “Faithfully” by Journey, which is an apt description of their relationship and to what ends Brian would go to be by Dana’s side.

“She supports me through thick and thin,” Brian said. “Everyone loves her, but no one loves her like I do. I would do anything and move anywhere just as long as we are together.”

That love without conditions is perhaps best captured by Dana’s favorite Walt Whitman quote, which is, “We were together, I forget the rest.”

To Brian, nothing else matters as long as he is standing by Dana’s side. He is constantly amazed by her talents, and he and their two pups have always felt the utmost love and support from her.

Brian hopes she feels the same type of love from himself and the many others who admire her.

“She is loved, adored by me and everyone in her life,” he said. 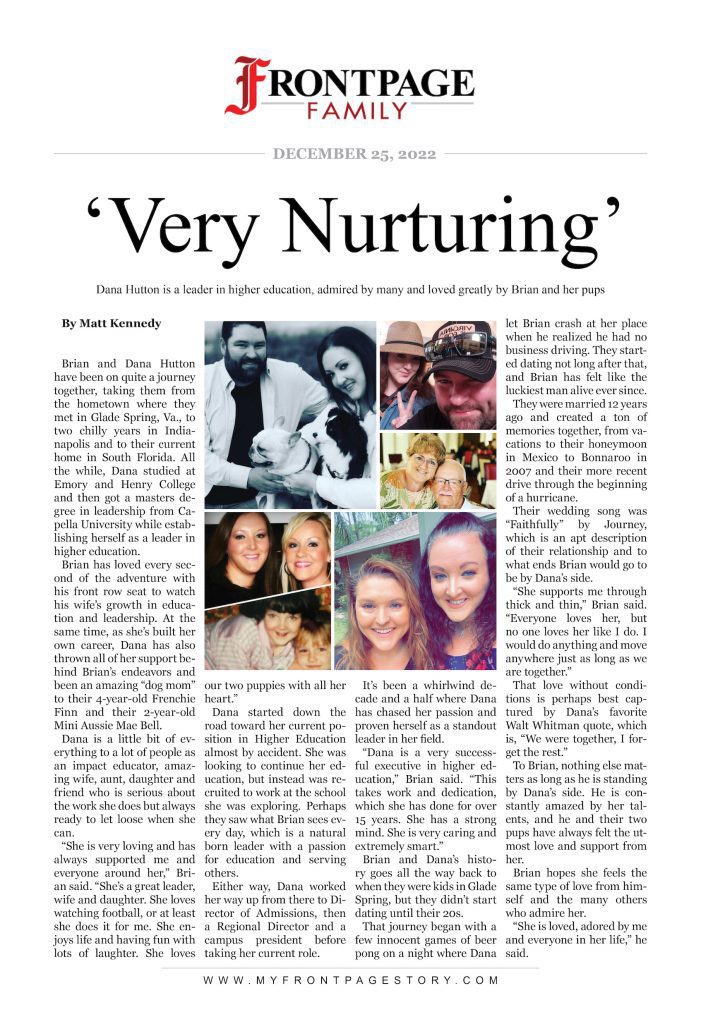