‘We are a wonderful family because of her’ 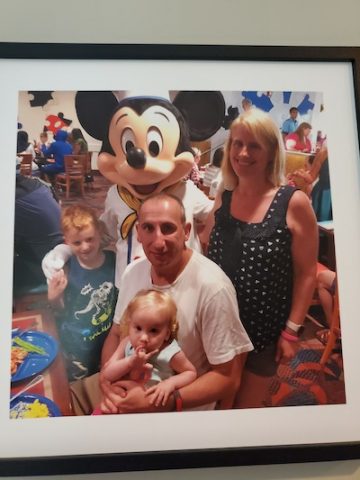 Tara Palochko has an almost endless amount of kindness, which makes her an amazing mother, husband, and friend. It’s one of the many things her husband, Chris, loves about her.

“I admire that Tara is able to adjust each day and put up with me because my patience isn’t always the best,” Chris said.

When Chris and Tara met in 2011, they were both considering closing their accounts on Match.com because of a lack of success on the site. Chris saw Tara’s profile, reached out to her and was surprised that she responded.

The pair went on their first date at Longhorn Steakhouse and to a comedy show, but then didn’t see each other for a few weeks. Later, on New Year’s Eve after a night together at a casino, Chris made the best decision of his life by asking Tara to be his girlfriend. Tara still laughs about that night.

Tara and Chris dated for a while and then got married at a wedding on September 28, 2013, that neither of them will ever forget.

“Our wedding was a very special day,” Chris said. “Just seeing how happy Tara was made me cry.”

The newlyweds then had a spectacular honeymoon in Hawaii, which was highlighted by a trip on horseback. Chris will always remember watching Tara ride on a horse named Mikey because he was convinced she would fall off. Luckily, she did not.

The couple expanded their family in 2014 when their son, Alex was born, and again in 2018 when their daughter, Emma was born. Tara works as a tax examiner for the state of Connecticut, and she is great at her job, but she truly excels as a mother.

Chris, Alex and Emma all agree that she is an amazing mother who is very kind, patient and caring. Chris believes that one of the things Tara enjoys most is shopping and getting things for the children.

“What makes Tara a great mother is her relationship with her children and how she always wants the best for them,” Chris said.

Tara is a strong Republican who enjoys watching FOX News. She is also known for keen fashion sense. Chris said that he has never seen someone who has so many clothes. He added that she looks great in all of them.

This Mother’s Day, Chris, Alex and Emma want to say, “Thank you,” to Tara for everything she does for them, and they want her to know how much they all love her.

Tara endured a lot in the hospital to have the children, Chris said. He was in awe of her strength during a very difficult time.

“We are a wonderful family because of Tara,” Chris said, adding, “I would be lost and lonely without such an amazing woman in my life.” 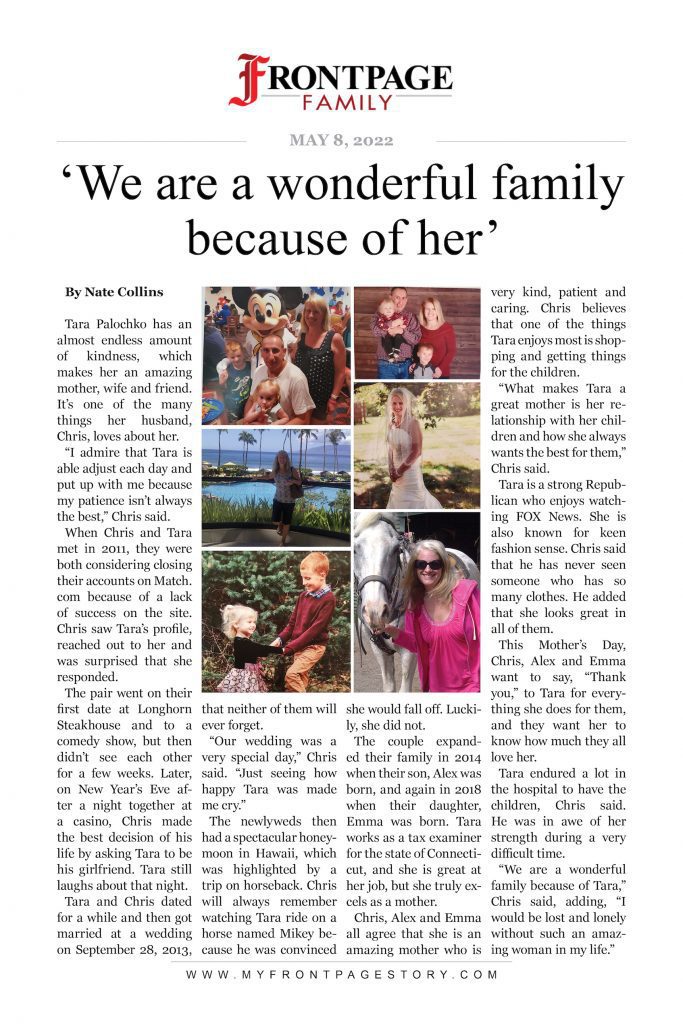