Who is Ross Tucker? 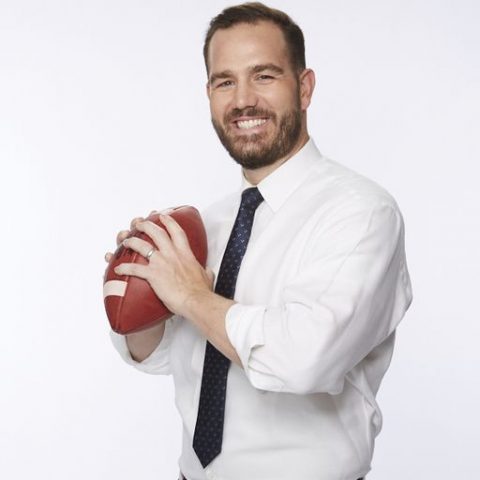 Ross Tucker is a man who wears many hats.

The loving husband and father of two daughters is also a very successful businessman who has been around the block a few times.

Born in Wyomissing, PA, Tucker attended Princeton University and was a four-year starter on the offensive line while racking up an all-Ivy league selection as well as being an academic All-American. Undrafted in 2001, Tucker was picked up by Washington as an undrafted free agent before stops in Dallas, Buffalo, New England, Cleveland and again in Washington before an injury ended his seven year career.

While Tucker will tell you his claim to fame is being teammates with the greatest quarterback of all time, Tom Brady, he will also be the first one to tell you that his NFL career was not a hall of fame one by any means. He does, however, use his NFL experience and knowledge to his advantage, as Tucker has multiple football podcasts that are very successful and backed by DraftKings.

The Ross Tucker Football Podcast, Fantasy Feast Football Podcast, The Business of Sports Podcast, The College Draft Podcast and Even Money Podcast are each weekly podcasts hosted by Ross Tucker (outside of The Business of Sports Podcast) and dive into all things National Football League and college football. Tucker has a clear knowledge of the ins and outs of football, and his Princeton brain is on full display during these enjoyable 30 minute podcasts.

When Tucker is not recording his podcasts, he is frequently making guest appearances on many popular shows, most notably The D.A. Show, The Jim Rome Show and The Dan Patrick Show, the latter of which he occasionally fills in as a guest host.

He can also be seen covering the Philadelphia Eagles draft nights as well as their preseason games, and he has been a TV commentator for CBS Sports college football games, most notably Army football games. He can even be heard on Westwood One radio during the NFL season. Talk about doing it all!

And if this was not enough, Tucker is also the founder and CEO of Go Big Recruiting, where he is giving back to the football community by helping potential high school prospects get noticed by big name colleges.

Tucker has worked for ESPN, Sirius XM, Sports Illustrated, Audacy and the Athletic as well, which speaks to his experience as well as his great deal of knowledge for football. He even acted as the Director of Football Strategy for the world’s first recreational football launcher, Ball Cannon, in which multiple NFL teams have purchased and used his product.

Finally, we get to Tucker’s most recent venture, which is MyFrontPageStory.com. As the cofounder and now CEO of the business, Tucker is hoping to take the declining industry of printed newspapers and use it for good, as we turn everyday people’s stories into personalized newspaper keepsakes.

As it can be clearly seen, Tucker is a very successful businessman who is always keeping himself busy. So next time you see him or hear him, you should take a moment to appreciate everything that he does.