‘Working Itself Out’: Life has a funny way of working things out, and Jeremiah and Kassie can certainly attest to that when it comes to their relationship 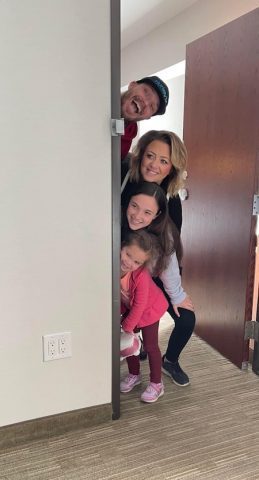 Sometimes fate brings two people together when they least expect it.

When Jeremiah and Kassie Dean first met, neither of them were looking for anything serious. They just wanted to go out, have a few drinks and call it a night.

Well, it’s been seven years and they are still together. So much for nothing serious, right?

All joking aside, though, Jeremiah could not imagine having a better woman by his side to call his wife. They get to raise two wonderful daughters together. The love and compassion he sees Kassie put on display for both of them, as well as himself, on a daily basis is something that is truly amazing to see.

“I couldn’t ask for a better mother for my girls,” Jeremiah said. “Kassie is kind, tough and loving. Simply put, she is there for all of us always. She is fiercely loyal. She would drink poison before she would let anything happen to our girls. Lovey is also so damn funny, quick-witted and willing to dish it out when it’s called for.”

Kassie is just a fun-loving woman who would do anything and everything for her girls. She loves them more than anything in the world, and Jeremiah knows just how lucky “Tinkerbell” and Lynk are to have Kassie so prevalent in their lives.

“I love seeing that passion she has for them,” Jeremiah said. “Not just doing the right thing, but being there in their lives, being that positive female role model for them. That toughness, that trust, that certain level of kindness all stick out about her as a mother. She is instilling that in the two girls. I also love how they see Kass, how they see love and how they handle life because of her.”

Kassie is such a great role model in their lives, and she does so much to make sure those two girls are taken care of before anything else. She is such a sacrificial, selfless mother who provides more for those girls than Jeremiah could ever imagine, and her role as a mother becomes greater with each day.

She also shows those girls what a strong, independent woman looks like, as she has shown an endless amount of grit and determination throughout the years. Kassie plays hard with her kids, but she works just as hard as well. She is a business owner, and a darn good one at that.

“She is as tough as they come,” Jeremiah said. “She has run her own business for a long time. Kass has always had a bit of a chip on her shoulder. Everything she has today is her own doing. She is humble about everything, and a self-made person.”

Kassie was raised the right way by her parents and grandparents, and Jeremiah attributes so much of who she is to how well his in-laws did with her as she was growing up. They instilled so many things into her that has helped her become the force to be reckoned with that she is today, and she makes running a business while raising two daughters look easy.

Kassie also likes to have a lot of fun, as she and Jeremiah disc golf (aka throw) very frequently, and it often becomes a family affair with their girls coming outside and watching their mom and dad compete multiple times a week. They also all enjoy swimming during the summer, as Kassie makes it a point to spend as much time with her family as possible.

She makes life memorable, and Jeremiah is glad to have her in his corner.

“That woman is my rock,” he said. “She is there no matter what. During the good days, the bad days and anything in between. I tell her all the time she was basically meant for me. She was built just for me, that’s for sure.”

When you go from not looking for anything too serious to being married and having a second daughter with someone, that usually means you are with your person. That is how Jeremiah feels with Kassie, and he is grateful to have her in his life.

She has taught him so much throughout their years of being together, and he could not imagine learning to become a better man and a better father from anyone other than Kassie.

“She has shown me how to stand up for myself a little bit more,” Jeremiah said. “We joke that we are a little bit more yin and yang. I’ve learned how to be a tougher person because of her.”

This is all because of the amazing traits and the awesome personality that Kassie possesses, and Jeremiah knows that there is no woman on earth who is better suited for him than her.

He and the girls love her and they love how great of a wife and mother Kassie is, and they cannot wait to spend the rest of their lives with her at the center of it all. 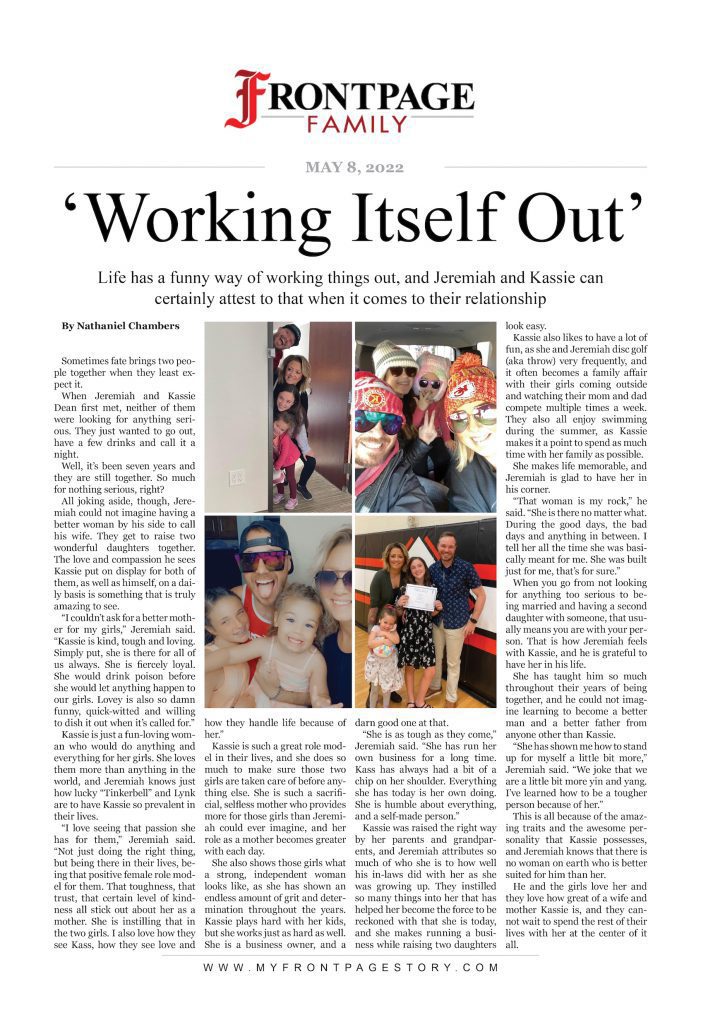