41 years and still a Sweetheart 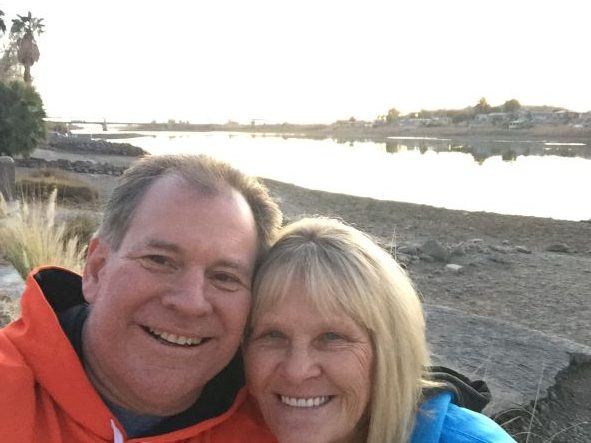 “Cindy is a loving farm girl at heart who loves family, friends and God.  She has amazing patience and is not afraid to get her hands dirty and help out whether in the house or in the yard.”

When Mike Perry talks about his wife of 41 years, Cindy, it almost sounds like they are a teenage couple or newlyweds.  If he sounds like he is smitten, it’s because he absolutely still is.

“I love her long blond hair and sexy body of course but more so her love and support,” he said.

That support includes making and serving Mike coffee every single morning in bed before walking Mike out to the car, waving goodbye, and telling him that she loves him.  For some people those might seem like little things, but Mike is wise enough to know that it is those special little things that are the things that really matter.

The couple founded Klatch Coffee together in 1993 and now have seven locations and roast their own beans that are shipped worldwide and served daily on 3 continents.  Even though Cindy is still the heart and soul of Klatch Coffee, she spends most of her time watching her beloved grandchildren.

“Cindy loves watching the grandchildren and believes more in honey than a quick swat with the wooden spoon,” said Mike.

“She is often making crafts and playing games with them all.  She even spends time helping them on homework despite the fact she struggles to understand the new math and computers herself!”

In addition to watching the grandkids, Cindy loves traveling, cooking shows, the river home in Arizona, their golden retriever Cali, and of course, her beloved Judge Judy.

“The grandkids all know 4pm is Judge Judy and wine time,” chuckled Mike.

Ultimately though, Mike loves the person that Cindy is at her core and the support she has shown over the years.

“She supports my crazy hobbies like racing motorcycles even though I have broken my back and am currently recovering from surgery to my clavicle,” he said.

Ever since they met that night in Fullerton on January 1st 1980, Cindy has been the one for Mike and he’s enjoyed every trip to Italy or Switzerland or the Kentucky Derby or even just the countless local wine trips and everything in between.  He’s well aware how fortunate he is to have found Cindy and wanted to do something extra special, so following a day cooking Rack of Lamb and Champange Risotto together for Valentine’s this year, the couple will kick off their next 41 years together with a wine trip to Spain.

“I did not think I had a chance as she was way over my head and too good for me,” he said.

“I really lucked out and thank God every day for such a wonderful person and partner in my life.” 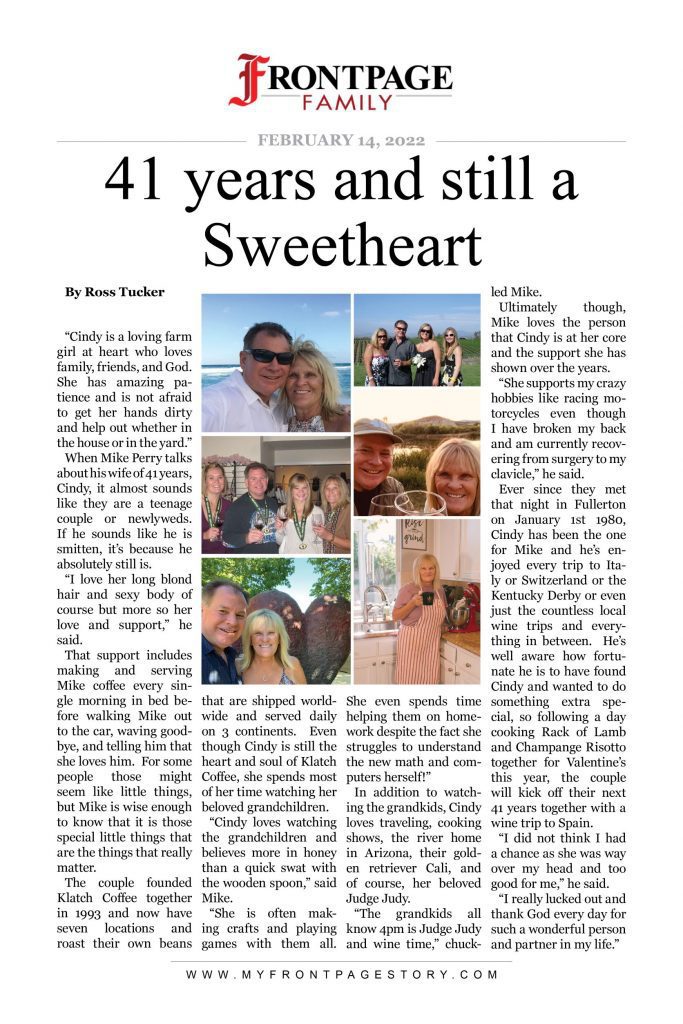