‘A great mom’: Sunnie is a natural when it comes to caring for her family 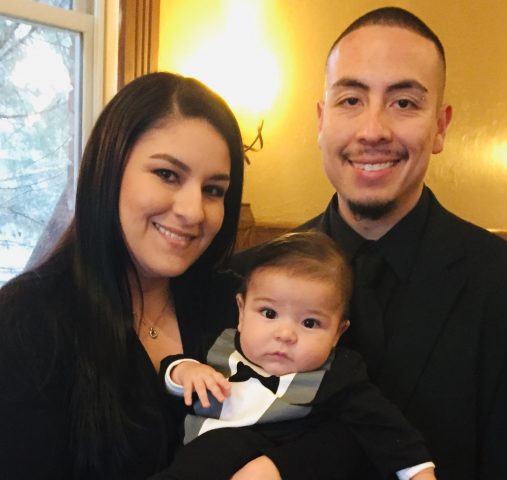 The “lioness” wasn’t about to let Andrew get away that easily.

Andrew met Sunnie in an office setting, where he arrived as a subcontractor and she worked at the front desk. They exchanged smiles and pleasantries for a while until Andrew changed the game with a bouquet of flowers and a note he hoped would compel her to introduce herself.

“It said something along the lines of, ‘You should know who I am, but if you don’t, here’s my number. Give me a call or text when you get this.’ She contacted me, thank God. I would have been highly disappointed if she didn’t.”

Andrew and Sunnie talked for a while, but the timing wasn’t right for anything more. They went their separate ways shortly after, but Sunnie made sure they didn’t drift too far apart. She reached out through Instagram, much to the surprise of Andrew, who thought it was some kind of phishing attempt and waited a day or two to respond.

“It had been so long, I kind of didn’t believe it at first,” he recalled. “I thought, ’Is this spam? Is this someone pretending to be her?’”

At long last, the timing was right. Andrew and Sunnie made the connection and hit it back off. Life cooperated, and Andrew came away with the first of many examples of Sunnie setting her sights on something and doing whatever necessary to get it.

In August, they welcomed into the world a baby boy, Andrew III, who benefits from that determination and Sunnie’s her motherly instincts.

Simply put, she is a natural.

“She powers through things and takes care of business,” Andrew said. “She’s very loving, very caring, very ‘Lioness.’ She’s the Mama Bear. She doesn’t let anything get in her way. She’s very determined. She’s a first-time mom and it just seems like she was made for it. She’s such a great mom.”

The news of Andrew’s arrival came as a bit of a shock, then excitement, then that first-time parent’s feeling of panic. But little by little, they came together to be the best parents for their new bundle of joy, who recently turned six months old.

“I jumped up and hugged her,” Andrew recalled. “She was crying. I remember I was super excited. We were both just like, ‘Oh, what do we do? Where do we go from here?’ It was just a rush of excitement, for sure.”

That was all set into motion by Sunnie’s Instagram message. It sent her and Andrew down a path where they could be together and build a family and watch it grow. He has never been more motivated than he is now to be the best husband and father to the two people he loves most.

“Just being around her in general and seeing her and her positive encouragement makes me better,” Andrew said. “I come home and I see her and see the baby, and it puts a drive in my heart and a burning in stomach. I have to go to work provide for these two. She always stands behind me. She supports me and pushes me to be better.” 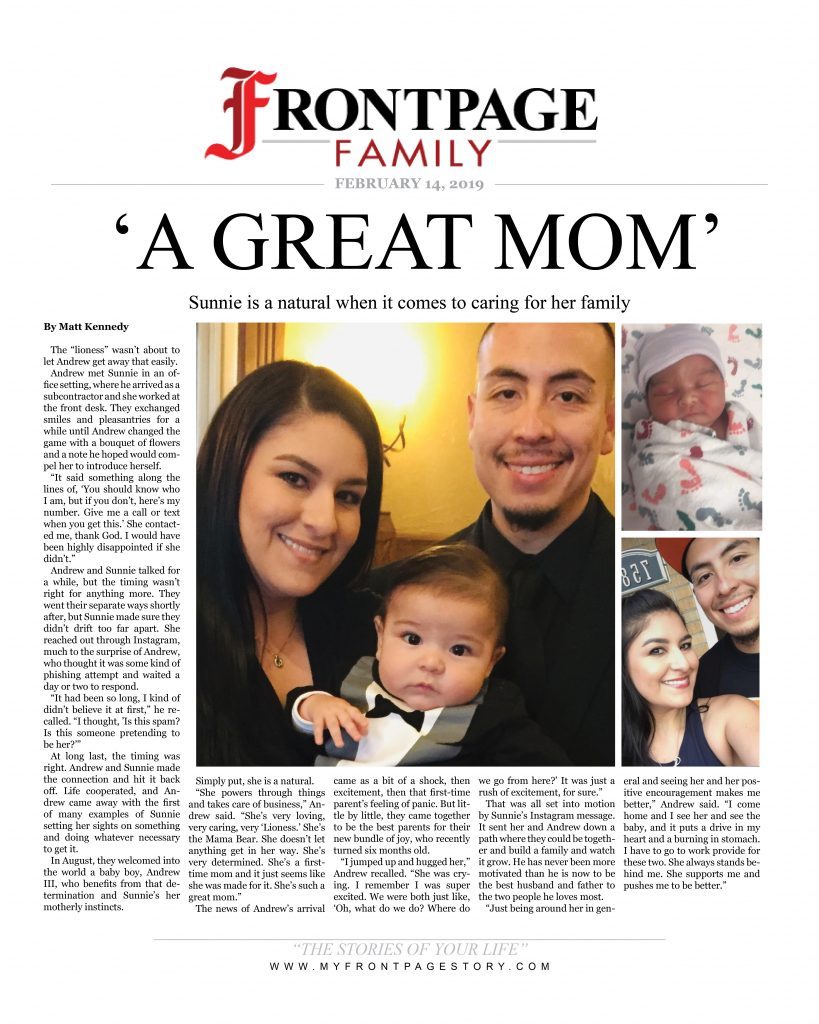