‘Always There’: Cheryle Kouser has been a rock of support for David and an ‘incredible’ mother to Marissa and Michael 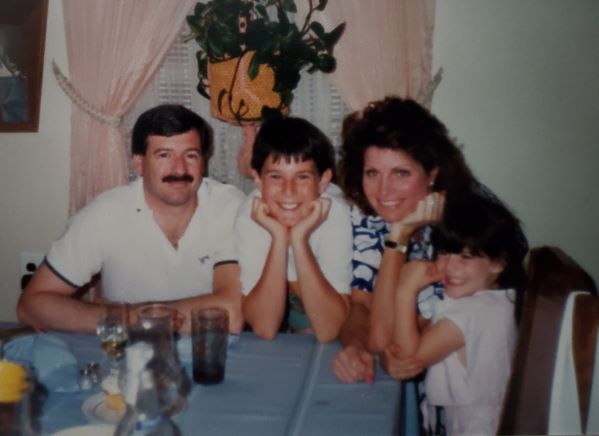 David Kouser will never forget the first time he laid eyes on Cheryle in her purple dress with a bow in the back. She was a legal secretary who happened to be engaged at the time, and David was an intern at the beginning of his 40-year climb to the top of his firm.

They became friends, but David was young enough to look past her relationship status and ask her out anyway. He swung and missed, not just once but three times, before he ruled himself “out” and took a seat on the bench.

Cheryle got married and so did he, but they remained friends whose obvious chemistry was left unspoken. Both of them would admit they did the right thing and didn’t pursue anything outside their relationships, but the attraction was undeniable.

“Interestingly, she was at my wedding, and I was invited to hers but was away in law school and couldn’t attend,” David said. “She tells the story that at my wedding, she came up to congratulate me and gave me a kiss on the cheek. I said it was almost worthwhile getting married to get a kiss from her.

“We both probably knew we shouldn’t be getting married, but we were young and dumb.”

The opportunity did later present itself for Dave to get a fourth shot at asking Cheryle out. There were no obstacles this time around, so they got together, dated for less than a year, and were married in December of 1982.

They started out modestly in a small house in Cherry Hill, New Jersey, before building to where they are today.

David will never forget the unwavering support Cheryle showed early in their marriage and the risks she accepted for him to eventually own the firm where it all began. Their road to the success they enjoy today was paved with Cheryle’s patience and support.

She was there from the beginning, when David was fetching secretaries’ lunches and working in the office while he went to law school. Cheryle stuck with him through every choice he made from that moment forward, all the hard work that went into them, and all the financial risks David took along the way.

“She’s always encouraged me, and she’s always been supportive,” David said. “I couldn’t have done any of this without her.”

That support goes for David, but also as a dedicated mother to their daughter, Marissa, and their son, Michael, before his untimely passing. Cheryle showed the kids true love and strength, and she sacrificed whatever it took for them to lead happy lives.

She was present for her kids in every way, from showing up to every activity and sporting event to being a trusted confidant.

“She is an incredibly strong person,” Marissa said. “She has overcome a lot and is a very independent person. She’s great as a mom, but also as a friend. She was always active in our lives and in our school and stuff like that. She was always there.”

Marissa jokes that she picked up being a “clean freak” from her mom, but more importantly, she admires how loving and outgoing Cheryle is. While Marissa says her mom is always the life of the party, David can attest to the fact she makes an unforgettable first impression.

The connection Cheryle has always shared with David and her kids has always been real and sincere, and there’s no disputing that she always gives her family her best. Marissa loves that about her.

“She’s an incredible mother,” Marissa said. “She’s the perfect mom for me. I wouldn’t change her for anything. I admire her and I look up to her, and I’m always there for her if she ever needs it.”

David can look back on his nearly 40 years with Cheryle and be thankful for so many things: For giving him a chance, supporting him and his career, and raising their kids with such immense love.

She also might have seen the potential in him before he did.

“I think I was probably a work in progress for her,” David said. “I was one of those young guys who hadn’t quite made it yet, but she thought, ‘He could be something one day.’” 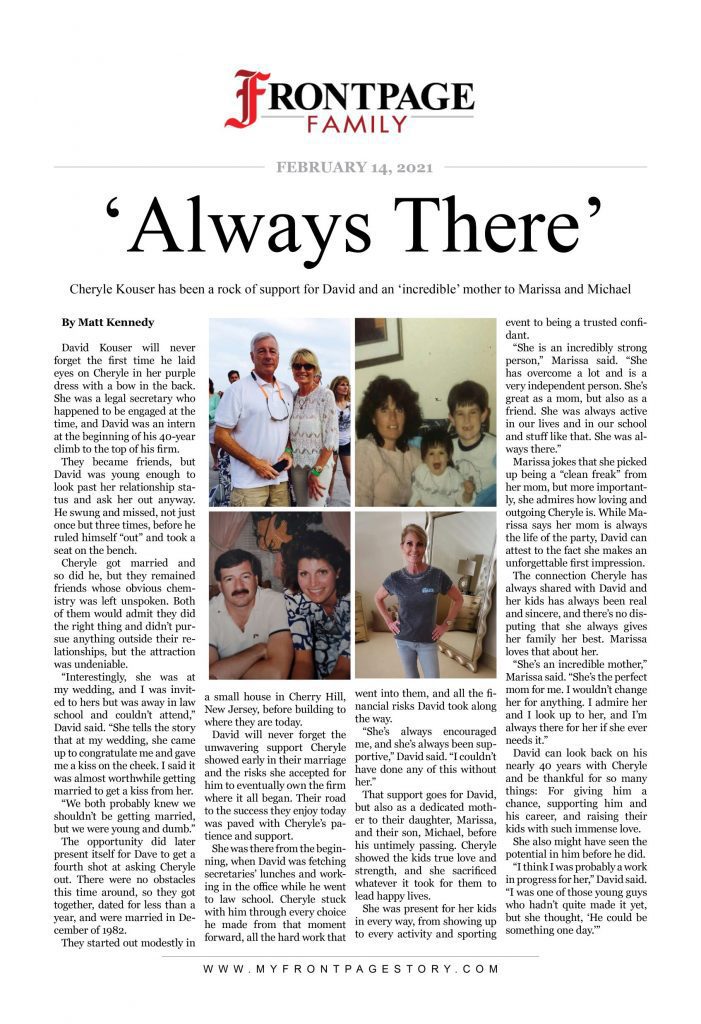