‘Amazing’: Marce Lamontagne thrives as a wife and mother while fighting cancer with kindness 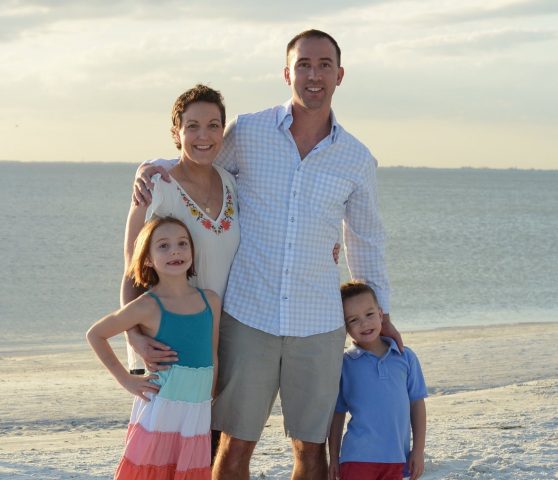 Even through the pain and uncertainty of a long and difficult fight with breast cancer, Marce Lamontagne stayed positive and never stopped giving.

Her interest in others has always been almost too genuine to believe, so it’s no wonder she persisted through her journey and took it upon herself to help other young breast cancer survivors know they’re not alone.

Marce knows first-hand how scary and difficult the diagnosis can be, so she created a support group to help others pull through the same way she did two years ago.

Providing that type of comfort has become one of Marce’s life missions, but it’s not always easy. As the lead group facilitator, she carries constant reminders of her own fight.

“It’s always with her,” husband Justin said. “It’s almost like regularly reliving her own experience in the beginning with the diagnosis, which is very difficult. It’s a lot to take on emotionally, but I don’t think she wants the burden to go away. She’s taking the hits for these women, and it’s hard.”

It’s also hard to watch the group grow, rather than shrink, out of necessity. That’s the ultimate goal, of course, but until a cure is found, Marce is using every tool at her disposal to kill cancer with kindness.

“She just could not have had a better attitude toward this thing,” Justin said. “We would go to chemo and she would bring a couple friends along every time and have half the room laughing. She brought energy and lightness to a dark place. At the end of the day, it’s a terrible situation, but she really needed to have a good, positive attitude through the whole thing.

“You can go to some bad places in your mind, but she always stayed positive, and really that influenced our team, our circle of family and friends. Her positivity and confidence made us all feel that much better.”

Determined to never let a life-threatening disease define her, Marce chooses to spread joy instead.

And really, that’s to anyone she meets through an innate ability to “make best friends,” as Justin puts it. She is just as dynamic at home as a wife to Justin and a mother to daughter KC and son William.

Sometimes, her kindness is on display in big, bold ways. Others, it’s a nice conversation with someone she has never met. Either way, KC is watching.

“I like that she’s kind and she’s nice and she’s a good person,” KC said. “She’s really helpful, and she likes to help other people. I love to travel with her.”

Justin and Marce were married in 2006, and with the exception of their first dog Fenway, waited until they were ready to have their children.

And when they did, Marce never lost sight of her duty to them even as she fought her diagnosis. That was something Justin always noticed and appreciated.

“I admire and really am appreciative that she was able to do all that through possibly the worst thing to happen to you,” he said. “To get a Stage 3 cancer diagnosis and still be able to keep her positive attitude and sense of commitment to her family and to her kids to me through a dark time, it’s amazing.” 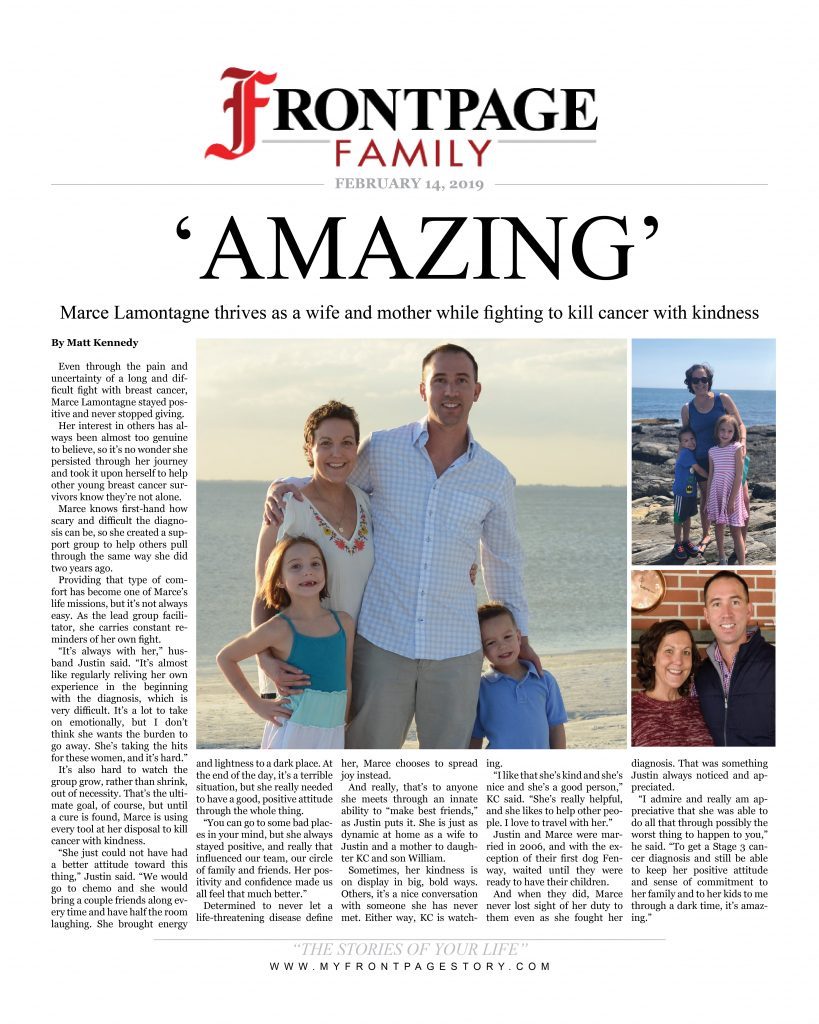