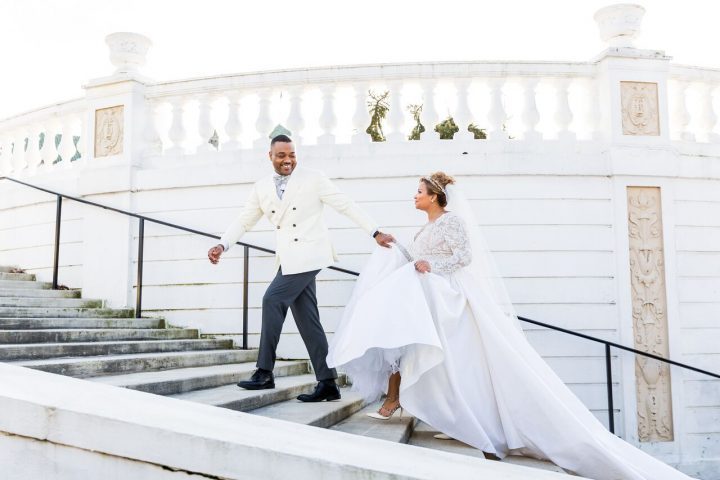 The Queen of Hershey didn’t get to this point by going small for the biggest moments of her life. So when Marcia Perry married best friend David Dix over a long New Year’s Eve weekend, they did it in style at the Hershey Country Club and Hotel Hershey.

The whole weekend was a party, which was fitting for a couple who first met at a stylish event. That was all the way back in 2011 and kicked off a friendship that blossomed into romance and led Marcia and David to this point in their lives together.

Their relationship has always been a story of depth and compatibility, which makes their love for each other look and feel so natural. That was on full display as they read their vowels and said “I do” with total comfort and ease.

Together, Marcia and David could make any nerve-racking day look easy.

“Marcia is bubbly, funny and outgoing, and David is the perfect balance,” friend Stephanie Shirley said. “He is calm, laid back, patient and very loving to her. They’re just a good balance for each other and a good ‘power couple.’”

The “power” started at former Pennsylvania Gov. Tom Corbett’s Inaugural Ball. Marcia and David met for the first time and parted ways — Marcia to Hershey, David to Philadelphia — with a small taste of what their relationship might feel like. They took it slow from there and laid a foundation for romance in the future, which finally blossomed five years later.

That patience was an important part of their story, David said.

“One of my favorite parts of our story is that we were able to be friends with one another for so many years, and then fall in love,” David said. “So many people skip that part and it really strengthens a relationship.”

Marcia and David got to know each other. They worked together and came to understand each other, which is where the depth came in. It’s also where Marcia’s “royalty” came in.

Being a Queen for her has always been about more than just a title. Marcia might smile when she uses the term, but it comes from a place of seriousness in her mission to impact others.

“I believe she feels like she has really worked hard to make a name for herself and to be a self-made woman in the area,” Stephanie said. “She is heavily involved in the community and loves to give back to causes she cares about.”

David proposed to her in February 2018 with a custom-made “Queen of Hershey” ring at a dinner at Devon Restaurant in Hershey.

They were back in Hershey on New Year’s Eve repeating words that were years in the making: I do.

And with the life-changing event came a fresh start and a new chapter in Marcia and David’s life together. The ceremony was fitting symmetry for a relationship that began with one grand affair and was celebrated with another.

The wedding weekend was truly fit for a Queen. 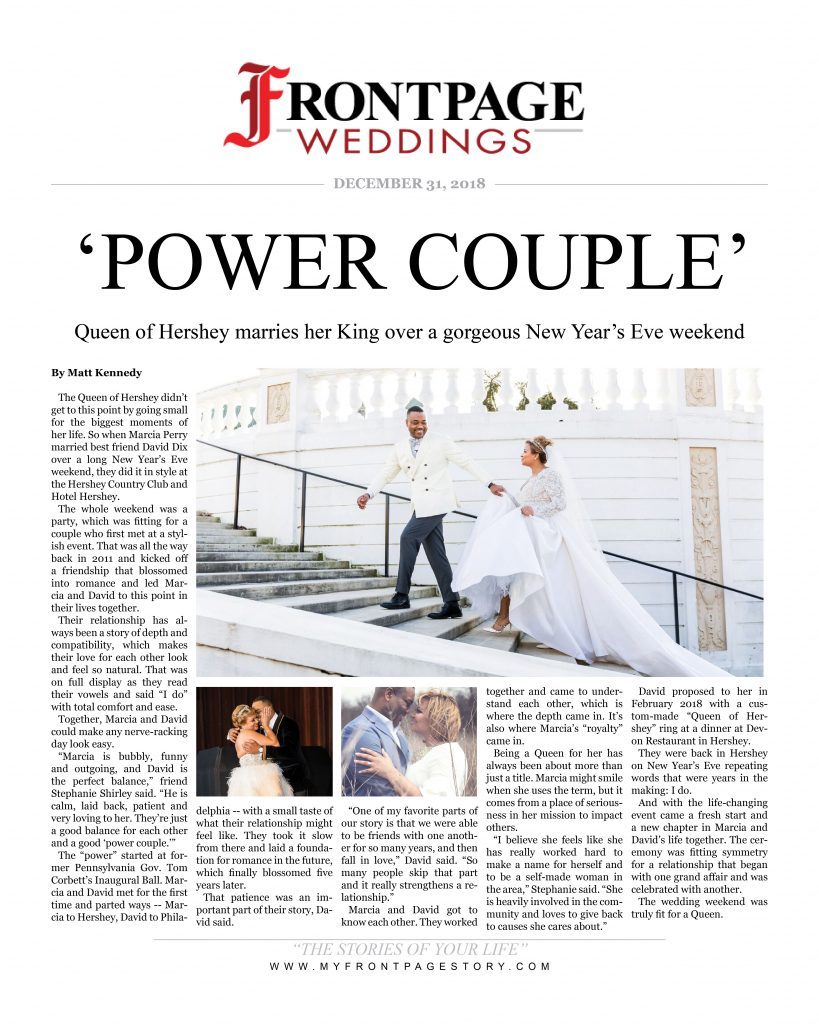