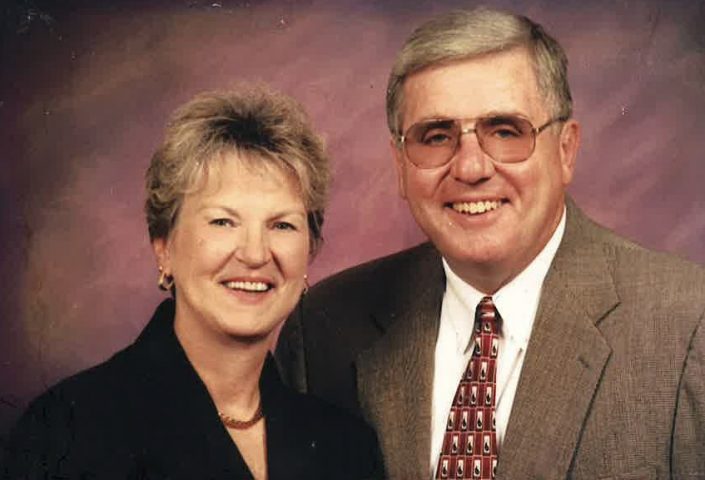 For 57 wonderful years, Larry and Georgi Wright have served as an example of what true love and real, down-to-earth happiness looks like.

They are under no illusions that life and love will ever be perfect, but their commitment to each other and to their family comes with no conditions persists through all ups and downs.

Larry and Georgi are partners in every sense who value each other and love nothing more than their children Lisa, Teresa and Missy and their grandchildren Zach, Brayden, Tucker and Alex. They’ve made an unmistakable impact on all of them through thoughtful actions, genuine care, and the many lessons that stick with them to this day.

“I feel like my parents truly do care about other people, sometimes I think more than themselves,” Missy said. “Their focus has always been to raise us so we knew we were loved. They didn’t fight our battles for us, but they were there in our corner. They taught us to be strong, and I think we’ve all shown it in our own ways.”

For Larry and Georgi, that strength shows up as dedication to everything they do and everyone they love. That most definitely includes their job as parents, which they’ve always treated like the most important thing in the world.

Larry and Georgi go above and beyond for their family and for each other with a relationship built on mutual respect and love. Fifty-seven years after they said “I do,” Larry and Georgi still act like high school sweethearts.

“They’re still best friends and still very much in love,” Missy said. “They gave us the epitome of what to look for in marriage. They admire each other and have a perfect balance of love and respect. They pitch in equally to everything.”

Larry and Georgi’s relationship comes from humble roots with a pairing as chemistry lab partners and a Junior Prom first date that was derailed when Georgi got sick.

They moved forward anyway at the will of Georgi’s parents, Frank and Marguerite. They went to see a movie in Kokomo, and ultimately found that their opposite personalities were attracted from the start. Larry was shy, maybe a little “nerdy” as a farm boy, Missy said, while Georgi had a little mischievous streak.

They took their spark to Purdue University and were married while they were still in school. They set off on their own as Larry got his start at General Motors/EDS in Indianapolis. It wasn’t long before they started their family and the real adventure of raising a family began.

“Their marriage was always equally devoted to each other as well as the family, and that’s still the same today,” Missy said.

Georgi marched to her own beat as a mother who nurtured and loved her kids, but who also called them on their nonsense. She was present and involved in all their activities and found a way to get them everywhere, even daily trips to the pool in the summer.

“I still don’t know how she managed everything!” Missy said.

Still, she sought balance with her own interests and friends. She was the Dallas version of June Cleaver, Missy likes to say, because she was a wholesome mom with a little edge.

“We weren’t her life, but we were her passion,” Missy said. “She was never the helicopter mom. If there was a problem, she said, ‘I’m behind you, but you’re going to have to take care of it, too.’ We had such happy little childhoods.”

Larry is the dad who wrote “Larry’s Letters,” recorded mix tapes for the kids, and began inventing family games to play every Christmas. To this day, he is still masterful at relaying how he feels about the people he loves through incredible, considerate gestures.

“We don’t have a big family, but our family unit is very strong and I know it’s because that’s who they are,” Missy said. “Nobody is perfect, but they’re as close as they come.”

“They have been a constant my entire life,” Missy said. “I appreciate everything they’ve ever done for me. If I had to choose my parents, I couldn’t have come up with better parents than them.” 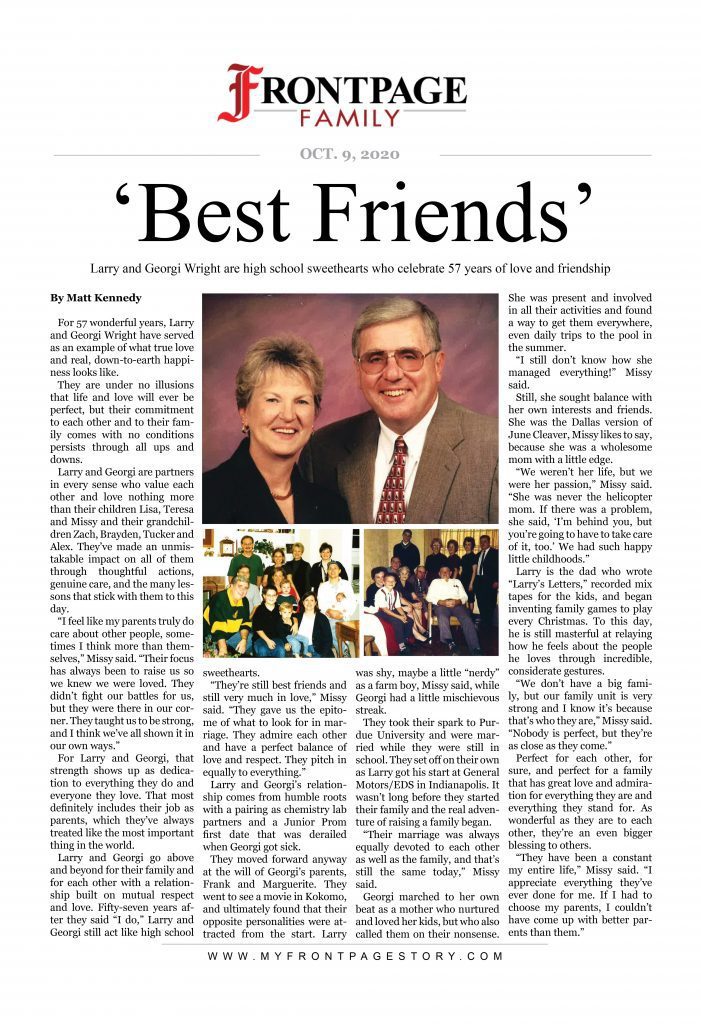