‘Best mom ever’: Jennifer Elberson’s love shines through by showing up in big ways and small 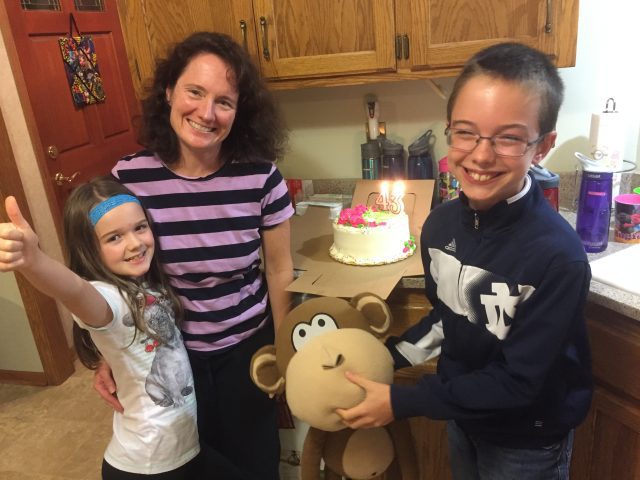 Jennifer Elberson couldn’t have known just how much her time as a flight analyst would help her as a mom.

Her organized and thoughtful approach raising Dylan and Grace is guided by her experience studying economics at Northwestern and working for U.S. Airways, and it pays off for her family every day.

Sprinkle in plenty of love and selflessness, and Jennifer is a one-woman show who shows up for her kids in every way imaginable. She is fully invested in them and expresses her love through that reliability.

“She’s just super giving and caring,” husband Matt said. “She’s a very organized person and completely leverages that to make sure the kids have everything they need to succeed. It all stems from her being completely benevolent and open to giving up her time to making all that happen.”

That benevolence and organization helped Jennifer and Matt get together in the first place.

They met by chance in San Diego while Matt was in the Navy and Jennifer was visiting from Northern Virginia. They did a little dancing that night and talked about getting together on the East coast with Matt due in Virginia for training a short time after.

“That ended up being my foot in the door,” Matt said. “I don’t think I sealed the deal before that in terms of impressing her that much.”

Matt would drive up from Dahlgren to Arlington, to see Jennifer in what proved to be a good warmup routine for the long distance in their future. Matt moved back to San Diego and was later deployed, but Jennifer jumped through every hoop possible to leverage free standby flying from U.S. Airways into time together.

“She ended up criss-crossing the continent to get to San Diego,” Matt recalled. “She was really committed to making that work. It was still early in our relationship, so that was a huge commitment of time and resources. I still think that’s pretty incredible.”

Jennifer was thoughtful and cared about Matt enough to work hard for small windows of time together.

She helped keep their spark alive and made long distances not feel quite as long. At the end of his second tour, Matt left the military and moved to Virginia to be closer to Jennifer.

They married in 2004, had Dylan in 2006 and moved to the Midwest to raise their family. And all the love that shone through from the beginning was even more present in her role as a mom.

Her kids notice and appreciate it, too.

“My mom is really caring,” Dylan said. “She always makes sure that I get my important stuff done.”

“I love her most because she’s kind, caring, loving and always knows how to make me feel better when I’m feeling sad,” Grace added. “I wouldn’t trade her for anyone else in the world. She is the best mom ever.”

Matt, Dylan and Grace see Jennifer’s effort and benefit from it every day. It means the world to all of them.

“She is so thoughtful and caring and she commits so much time to our family, almost all the time at her own expense,” Matt said. “We don’t show her we appreciate that as often as we should. She deserves to know how we feel about her and that we appreciate her.” 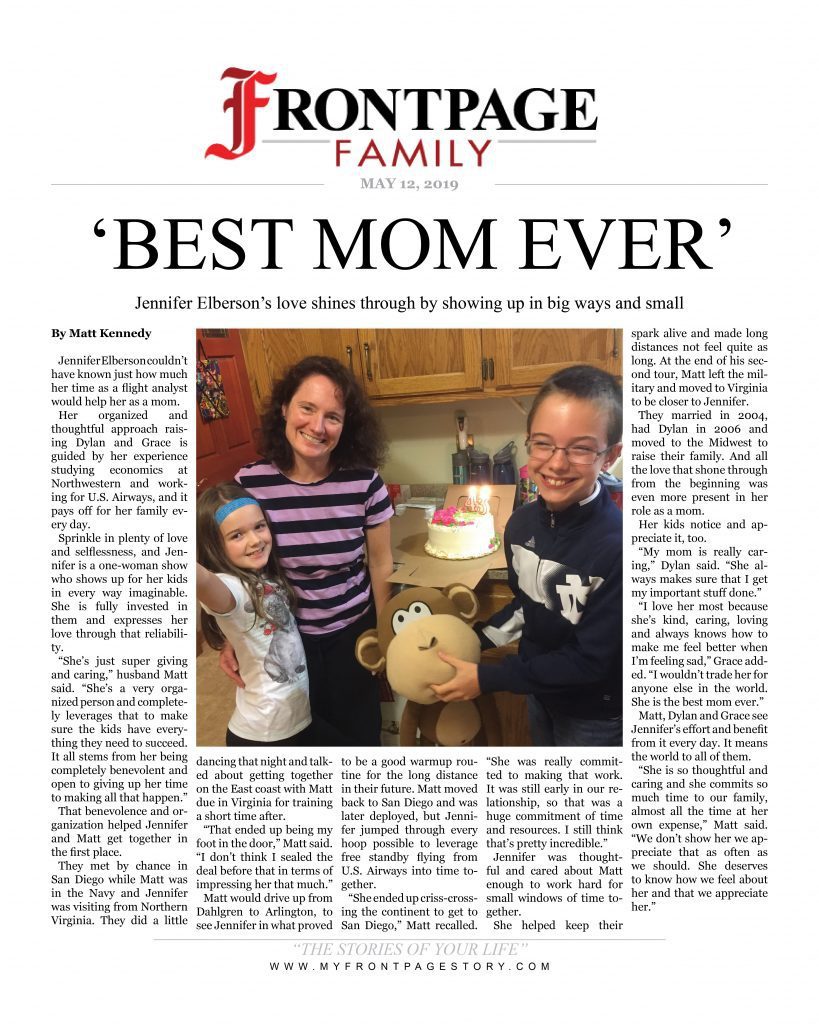