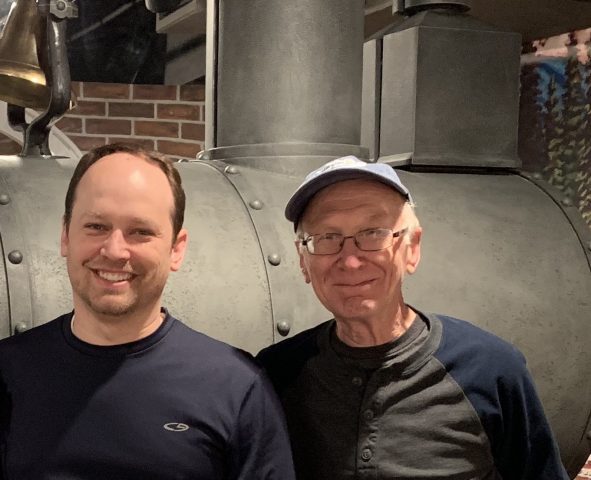 Steve McKenna has a way of doing wonderful things for his family, and then piling other acts of kindness on top of them.

If he does a favor, he also finds a way to compliment the person he’s doing it for. And if his kids have a passion, he supports them completely by actively participating in it.

There’s depth to how much he cares and how easily he puts others first. Steve is selfless and kind to his core, and he uses those gifts to make an incredible impact on everyone around him.

That’s the life Steve leads with his wife Nadine, his three kids Josh, Sarah and Joe and their spouses, and now with his four grandchildren.

Steve celebrates his 70th birthday as a patriarch to a family that adores him. He is a remarkable man who always makes it crystal clear just how much he loves his family.

“He’s very supportive of me and my siblings,” Josh said. “He’s just a very caring person. What I admire about him is that he has an interest in what I’m interested in. Just as an example, when I was in high school, I ran track and cross country, and of course he was really into that. He came to all my meets and races. Because it’s important to me, it’s important to him.”

Steve is retired from his position working for Idaho’s Department of Health and Welfare, which is something else he can share with Josh, who currently works for the state. Steve is also the dad who will be there in whichever way his kids, or anyone else, might need him.

In doing so, Steve approaches those situations with his trademark humility. He takes it upon himself to be helpful, but also uplift people.

“He’s really interested in helping me with household projects, whether it’s painting a fence or working on my car,” Josh said. “One thing he says is, ‘You probably know this already,’ and nine times out of 10, I don’t know that. He says it in a nice way as he is trying to help you.”

Steve is a clear believer that the little things matter in life, which is why he goes out of his way to make small niceties so routine.

He hints at his own personal challenges of his youth that helped shape his outlook on life. As successful as he was climbing the ladder for 30-plus years working for the state, his life has been defined by selflessness and consideration.

Even when he’s far away, Steve makes it feel to family and friends like he’s right there next to them. Whether through a random text, phone call or favor, Steve has always made it clear that he will bend over backwards if he can make someone else’s life even a little better.

That’s the legacy of the man who has set such a generous and selfless tone through multiple generations of his family. Steve’s life is worth emulating and his lessons on how to treat others are being taught to his grandkids.

Steve is living proof of the power of caring and kindness, and he’s worthy of celebration, on this milestone day and every other.

“I’m a very lucky person to have him as my dad,” Josh said. “I couldn’t ask for a better dad. I appreciate all the many amazing qualities he has. I look up to him. He says that he’s proud of me as a son, and I’m proud to have him as a dad.” 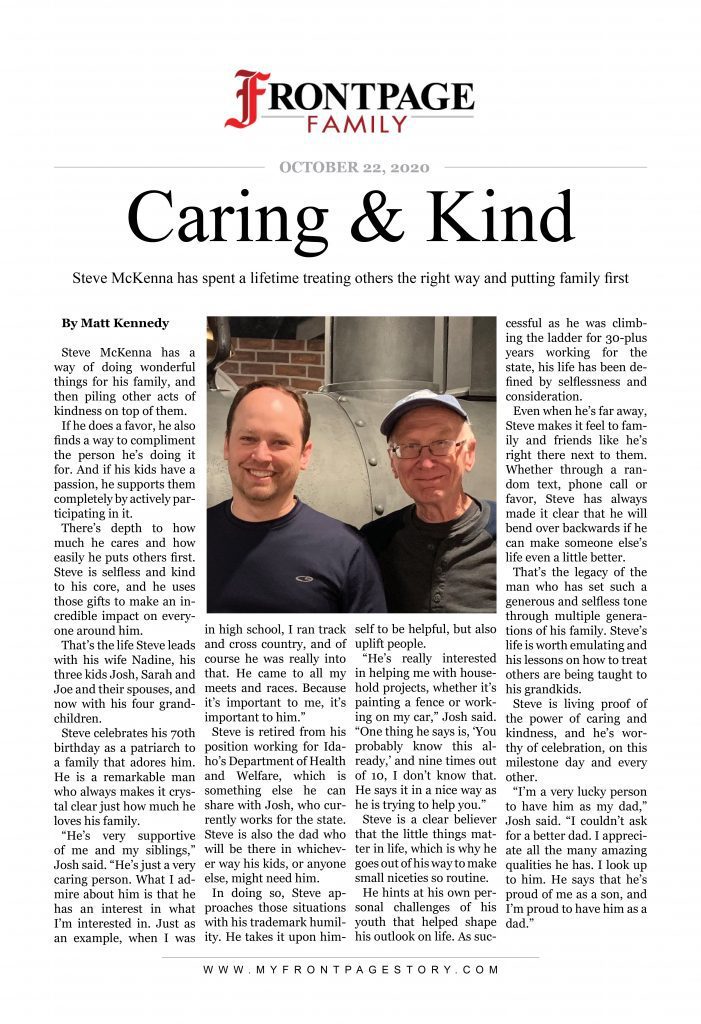