Endless Abilities: It does not take much to motivate Betty Stokes, but when you do, watch out! 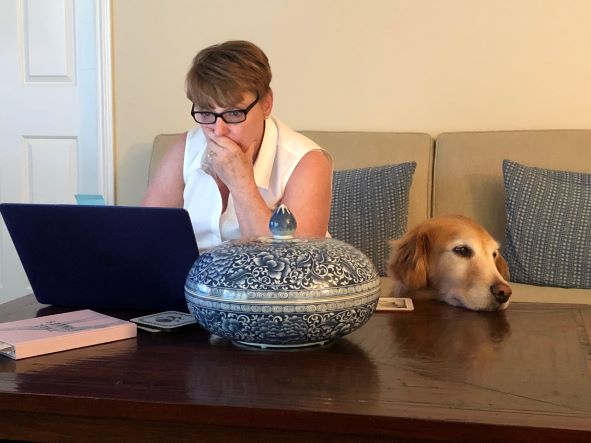 There is nothing Betty Stokes cannot achieve. From the day she could talk, she pretty much knew what she wanted to do with her life, and she has always set her mind to achieve whatever she sets her heart to.

However, before she was able to set out on this adventure called life, she met her high school sweetheart who she has been with for over five decades. They’ve been by each other’s side, facing challenges and supporting one another along the way.

“She’s the love of my life,” her husband, Jim, said. “I definitely hit the jackpot when I met her. We started dating 50 years ago after I met her in high school, all it took was one kiss and I knew… she was the one.”

One of the things that has always attracted Jim to his wife is the fact that she knows what she wants, and she is not afraid to get her hands dirty to achieve these things.

There have been times in her life when Betty was told that she is not capable of something, but that has only stirred the pot. If you tell her that she cannot do something, she is going to make sure she works hard and can prove all the doubters wrong.

One of the most notable moments of her being told she could not do something was when she was in college.

“A misogynistic professor told her, ‘You can’t do that; that’s for men,’” Jim said. “Her professor told her and the other women in her college class that they were taking up valuable space that could have been filled by prospective male students. He did not think women should be involved in the field, but that just made Betty’s resolve stronger because that’s her personality.”

Growing up, the one thing Betty wanted to be was an astronaut. And while she may have never achieved her dream of taking a rocket up into space, she has been very successful in her career path, and she has always proved the doubters wrong. She has achieved many more things than her professor would have thought she could, and she has a more-than-proud husband cheering her along every step of the way.

“She worked in retail and worked her way up to become the first woman in management at a large pharmacy chain,” Jim said. “She then married me and raised our four kids. From there, she learned to fly helicopters. She flew TV news for CBS and NBC news affiliates in the San Francisco market for years.”

While she may not have become an astronaut, the achievements Betty made in life are far greater than flying up into space.

Being a mother is the most rewarding, yet occasionally-daunting task, and she did it for four amazing humans. Katie, Keegan, Elliott and Maureen are living proof of her love, devotion and mad motherly skills.

Plus, she learned how to fly helicopters, which is certainly not easy, and she wanted to teach others how to fly too. It speaks volumes about her as a person, as becoming a pilot was not enough, but she had to show others how to do it as well, including CHP officers.

She was not done there, though, as she is always looking for the next inspiration to challenge her mind and imagination.

“In addition to her career in flying, she is a partner in our advertising agency,” Jim said. “Betty was also a managing partner of a video game company. She’s always looking for inspiration toward her next adventure.”

Betty has decided that helping teach others how to fly was just the beginning of her giving back.

“She’s quite the philanthropist,” Jim said. “She put in a great deal of time helping to raise funds for Opportunity Junction, which helps people from underserved communities to gain meaningful employment. These are people who have struggled in the past but are looking to better their lives, not just for themselves, but their kids. The program teaches them to be self-sufficient. Therefore, their kids learn that.”

Helping others in need has become a strong passion of Betty’s, but it should come as no surprise.

She has always been a selfless person who makes sure the needs of others are taken care of before her own. If she sees someone who is truly in need, she’s the first to offer a hand.

“Betty always puts others first,” Jim said. “She is a beautiful person who understands the right thing to do and always strives to do that. She expects others to do that as well. These are lessons she has passed on to our kids, and clearly, they worked. The biggest testament to the mastery of being a great mom, however, is that the kids love being around each other and they love coming home.”

While Jim was out building their business, Betty was home, building character in their four kids. Both are important, but Jim knows that he would not be able to fit into Betty’s shoes when it is all said and done.

She is a wonderful wife and mother, and she has built a great foundation and a lasting impact on the lives of those around her, and she is a smart individual with a great sense of humor.

Jim calls his wife a treasure trove who is full of surprises, as she is also a very opinionated person on top of all this.

“My wife is not afraid to share her opinion,” he said. “If you don’t have one, don’t worry, she’ll give you one. She’s a straight shooter. I always thought she’d make a great editorial writer.”

Betty is a very giving person with a wicked sense of humor, and she does not beat around the bush. Not many people have all three of these characteristics, but Jim is glad he found a woman who does.

He has had the honor and the privilege of being by her side for the last 50 years, and he cannot wait to be by her side for many more. Jim loves his wife more than anything, and he is happy to have her in his life.

“Betty’s the best thing that ever happened to me. She’s an incredible person.” – Jim 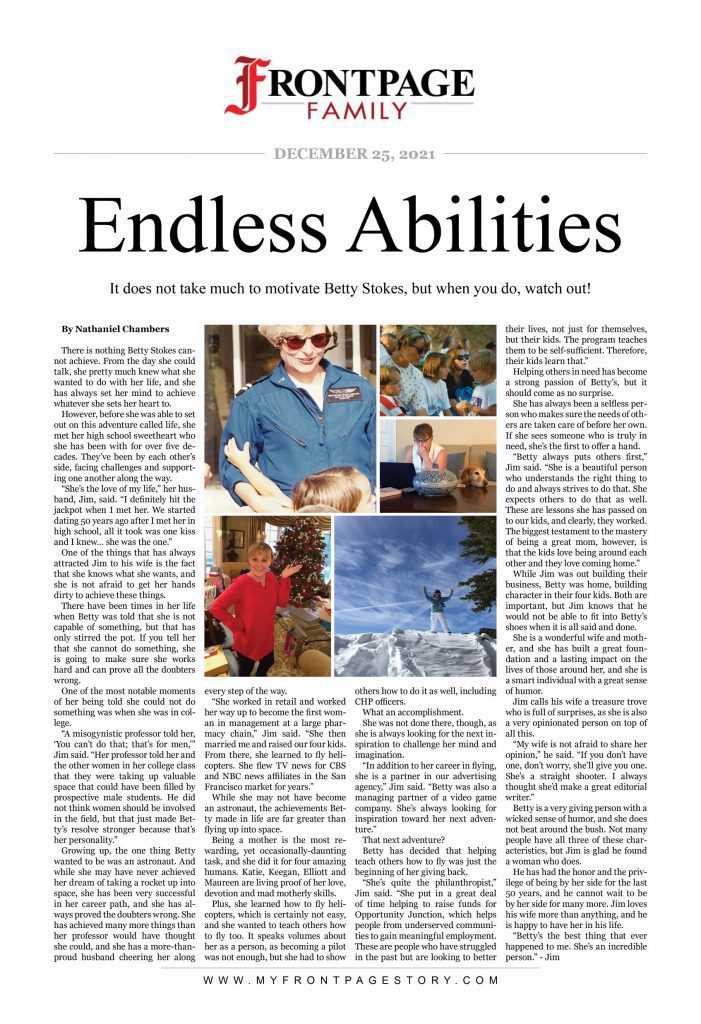