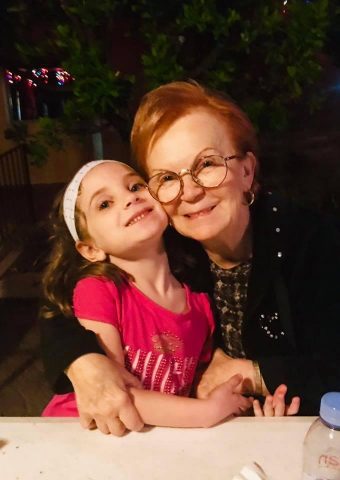 Born in Janoshaza, Hungary in 1947, Katalin spent her early years living under Communist rule. She moved from her small hometown to Hungary’s capital city, Budapest, during her school years, but had dreams of something bigger — going to America where she could find the freedom and opportunities she did not have in her native country.

Katalin got that chance in the mid-1970s when she immigrated to the United States, and from then on she used each and every opportunity that was presented to her to make a better life, not only for herself but also for her family and future generations.

And her two sons David and Daniel and nine-year-old granddaughter Cari are the beneficiaries of that dream.

“Everything she’s done has been to make sure our lives are going to be better than hers,” David said. “It’s all about setting us up — not just my generation and my brother’s, but her grandkids’ generation. So for her, everything is about making sure we’re all better off after she is gone.”

And while she has taught her children the importance of hard work, she also has taught them other valuable lessons about life.

“She has endless empathy and a passion for life,” said Daniel. “She leads by example, always supporting others. They are also the qualities that make her a great mom to us, ensuring we learn and grow through every chapter of life.”

One of Kate’s most important chapters began with a salon she and her late husband George opened nearly 40 years ago, which has grown into a successful rental real estate business that Katalin – now known as Kate — still operates. And it is all due to that entrepreneurial drive founded on hard work and an ability to conquer adversity.

Kate arrived in the U.S. in the ’70s and settled in South Florida to marry George Mach, her romantic pen pal and a hairstylist with ambitions of his own. They married and she began working with him in a salon washing hair before getting her beautician license.

Like-minded, George and Kate began a long partnership built on hard work. The couple worked long hours so they could open their own salon, but they didn’t stop there.

They worked and saved so they could buy a couple more salons. Then they bought the buildings where the salons were housed. That was the beginning of the real estate business that Kate,73, still runs to this day.

“It was all about family and she got to work with my dad and they got to experience everything together — the highs, the lows — and because of their work ethic and their knowledge, and their knack for knowing what to do, they were mostly highs,” said David. “Together, the two of them were willing to work through blood, sweat and tears to be together, to work together, and to set things up for my brother and me.”

“They were a good team because of the balance they kept with one another,” Daniel added. “They traded off between stoicism and aloofness when necessary, keeping each other in check and being each other’s biggest fan. They also supported one another through all the challenges and success their businesses faced.”

“Immigrant parents put their kids above all, they take chances coming here,” David said. “And she took a chance with my dad, to bust her butt working 60 to 80 hour weeks, so that her kids could get a college education and not have to work those crazy hours.

“Everything was a family investment. She’s made life easy for us, easier than it should be.”

But Kate made sure to pass on lessons to her boys about work and life. Both were taught the importance of working hard, getting good grades and staying on the strait and narrow.

“I’ve learned from her how important it is to show up and be a part of people’s lives,” Daniel said. “Also she has taught me how necessary it is to be disciplined about working on yourself in order to best help others.”

And while it would seem that Kate’s whole life has been based around hard work, that doesn’t mean she doesn’t like to have fun.

“She loves to dance. Dance is her life,” David said. “She loves both ballroom and Latin, and she’s really great at it.”

Kate goes out dancing with friends at least twice a week, David said. She has also gone on lively dance cruises where the music and dancing never stops. She once brought her son David along on a cruise and danced circles around him.

“I was in my low 30s and she was in her 60s, and she was dancing until one or two o’clock in the morning while I’m in my cabin at 10 or 11 o’clock at night,” David recalled. “She can stay up dancing all night long.”

Even Kate’s 70th birthday was a “Dancing with the Stars” themed party. She also loves relaxing and reading on the beach or having a picnic on the beach with her granddaughter.

“Heaven would be a dance floor on the beach,” David said. Or maybe it would be binge-watching “Days of Our Lives,” Kate’s favorite guilty pleasure.

That joy and passion for life and her family are what her boys say make Kate such a great mother, wife, person and friend.

“She is always looking out for everyone else before herself, and constantly providing and looking to provide for not only her children but extended family as well,” David said. “She has persevered through so much…I want her to know how much she is appreciated and valued.”

“She is the strongest warrior I know,” Daniel added, “never letting life’s biggest challenges get the best of her, and always rising up tall to any occasion. She is never alone in any problem, challenge, or decision she has to face. She has a big team of family, friends, and community –close and far — that all cheer for her and each other every day.” 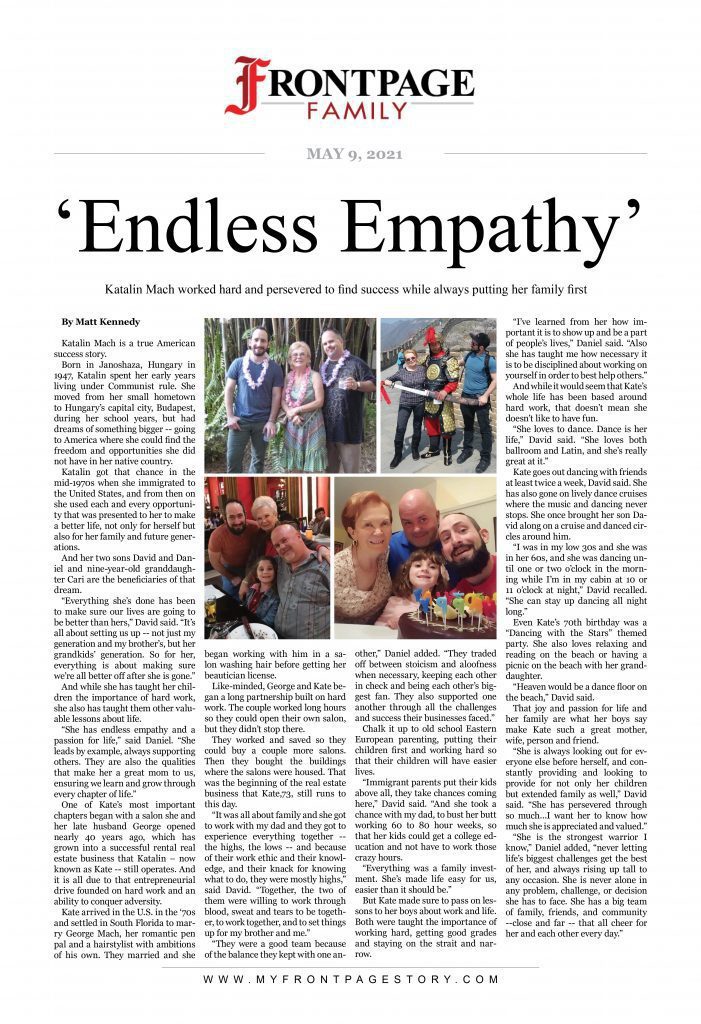