Great Parents: Nick and Nancy Snider are loving spouses and dedicated parents who continue to give their kids the gift of laughter 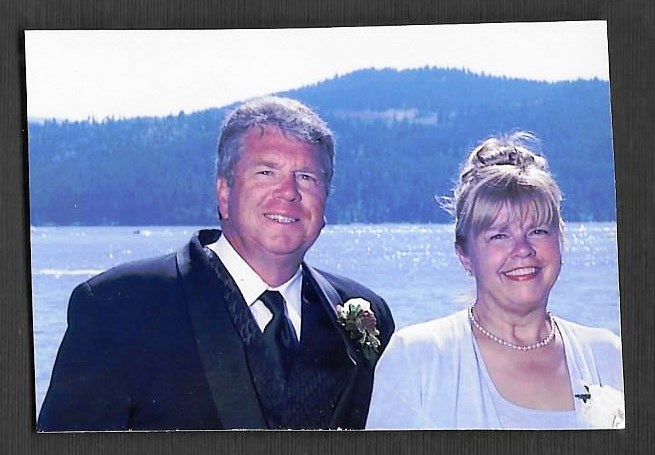 If Wayne Lewis knew how unforgettable his crime was going to be, he would have stolen a dozen more cars in Twin Lakes. That “crime spree” is always at the top of mind for Nancy Snider, who also likes to remind anyone who drives through Spokane to look for her childhood home, which used to be white.

Not that one, probably. It’s the other one, across from the lake.

Those are two of Nancy’s favorite stories to tell, and they are two tremendous sources of chop-busting for her husband, Nick, and her kids, Todd, Doug and Scott. Poking fun is the Snider family way, and they are all built to express love for each other through an endless series of inside jokes and gags.

“We always kind of tease my mother a little bit,” Todd said in a massive understatement.

As for Nick, he was the very first Boomer Baby born in Skagit County in 1946, which might go down as his most impressive athletic achievement. He did go on to play baseball and basketball at Central Washington, but reports from the hospital suggest he broke more of a sweat at his birth.

“He played on the baseball and basketball team,” Todd said. “Well, I don’t think he played that much, but he was in the pictures.”

Legend has it that Nick’s suave and rugged good looks at the end of the CW bench made Nancy swoon from the crowd, which is how they ultimately came to meet. She had heard of a benchwarmer before, but Nick was something different. His heat could have set that bench on fire.

Nancy and Nick have been married for over 50 years with a recipe for success that includes love, partnership and mutual respect. The ability to give and take a joke doesn’t hurt, either.

Nancy was a homemaker-turned-entrepreneur whose “yellow chicken” was a hit at home. “Doug didn’t like it and would sit at the table for hours refusing to eat it and miss watching Battlestar Galactica with the family,” Todd says. And Nancy’s dried flowers were often spread across the family ping-pong table before they were marked for sale at Potpourri.

Nick spent his career at Mattel Toys where his salesmanship and business acumen were only dwarfed by his ability to watch “Andy Griffith” at home and pass it off as work.

His kids knew him to be a dedicated worker, but an even more committed father who coached three of their sports.

He and Nancy were adamant about raising their kids the right way and teaching them to not take life too seriously. But through the examples they both set, they also taught a valuable core belief.

“They’ve taught us patience and perseverance and the art of practicing,” Todd said. “You can’t get good at anything if you don’t practice it.”

Laughter and sports are two common threads in the Snider family, which began with Nick’s career at Central Washington but also included playing on softball teams and golfing together. Their athletic bloodlines were clearly passed down to Todd, Doug and Scott.

Todd has two claims to fame. The first is the “gifts” he inherited from his parents with two bad shoulders. The second is his spot on the Tigers, which went down as “the best youth soccer team in the history of the state of Washington.”

Doug’s athletic career was cut short by the dismantling of the winless Thunderbolts soccer dynasty and a misdiagnosed septic hip that once left him unable to walk for two days. Despite all that, he is still in the Thunderbolts’ record books as the only player to have scored with his left foot. Doug’s judgment was also subject to questions after he was caught sneaking into the house wearing a ski jacket that lit up the night with neon pink sleeves.

Scott is 6-foot-10 and has arguably the best athletic credentials of the family, but he has the second-best youth soccer career of his siblings playing for The Express. He is well-known for his role on Gonzaga’s first NCAA tournament team, but also for slugging an opponent in the privates and for being posterized by Maryland star Joe Smith.

Todd knows that their opportunity to play those sports, to be coached by their father, and to see the lighter side in life is all a blessing. His parents work together at making their marriage great and they are wonderful parents and grandparents who still love to be together with their family.

Buried underneath the family’s layers of sarcasm and wit is a whole lot of gratitude from all three of Nick and Nancy’s sons. They know they wouldn’t be who they are without the love, patience and humor of their parents. 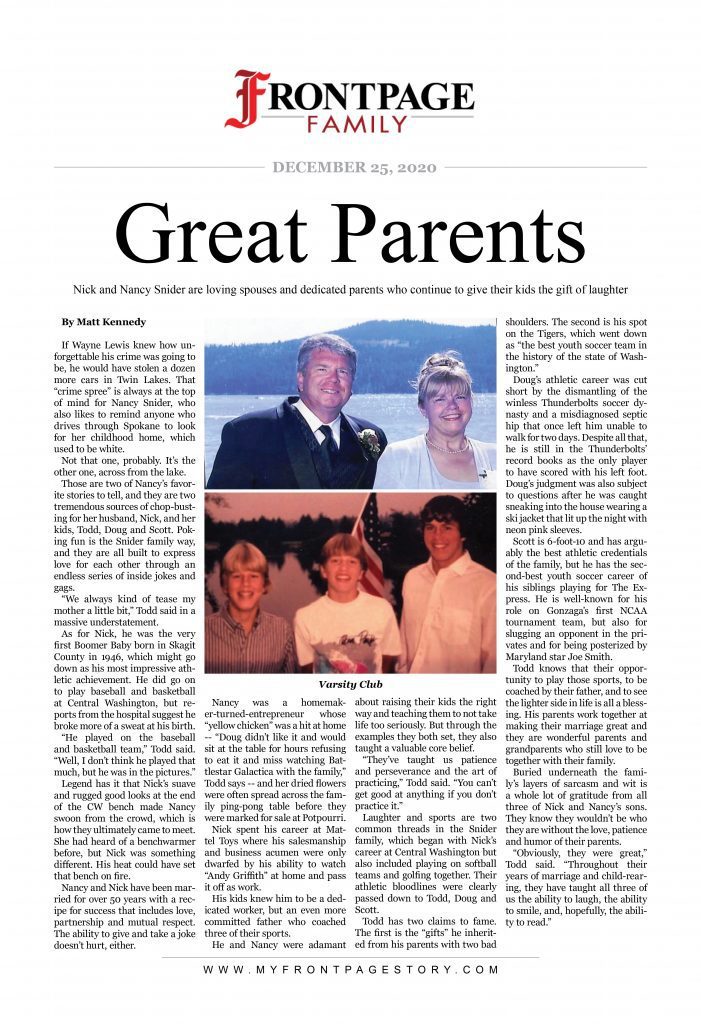