Great Sacrifice: Megan Patti-Hunt worked tirelessly through challenges to be an amazing mother to twins 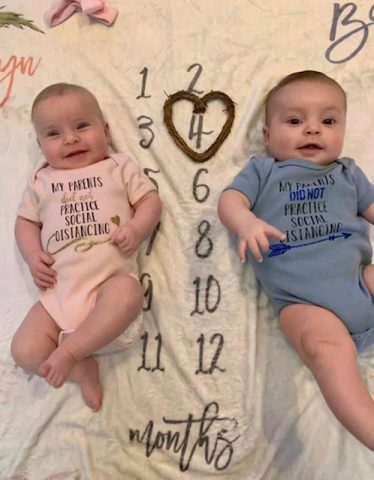 That’s the first word that comes up when Matthew Hunt talks about his wife, Megan Patti-Hunt.

Just five months since giving birth, Megan’s already a doting mother. That fits right in with her meticulous attention to detail at home, where she loves to decorate, organize and host friends and family. It fits right in with the time and effort, especially emotionally, that went into becoming a first-time mom.

The journey to this emotional holiday was full of challenges.

Matt and Megan met as volleyball coaches and teachers at the same school, dated for more than a year and got married in 2017. They now live together in their “forever home” in Tinley Park, Illinois.

Not long after, they started trying to have a family, but it proved challenging. Problems conceiving led to in vitro fertilization treatments, hormone shots and pills, and then a miscarriage.

As tough as it was for Matt to go through, he had to watch Megan continue to pull herself back up, day after day, and try again. All while trying to stay positive about the situation in the hope that their dreams of one day having a family would come true.

“It just took a toll on her, but she sucked it up and she did a great job,” Matt said. “I know deep down it was hurting her taking hormones and just kind of being like a lab rat. It’s not fun and what someone wants to do, but she wanted to sacrifice that to have a family.”

All of that sacrifice — there’s that word again — paid off a year ago, when Megan got pregnant with twins. But that still wasn’t the end. Bryce Matthew and Evelyn Rose were brought into the world last winter, but not without one last complication as Megan was forced to undergo blood transfusions after losing a lot of blood.

She pulled through, and now she can reap the rewards of two infants. The talkative one, Evelyn, and the laid-back one, Bryce, present their own unique challenges and rewards as they grow oh so quickly.

After years of patience and sacrifice, Megan is finally living the life she and Matt had hoped for. She’s still teaching STEM in middle school while he continues to coach boys and girls volleyball.

She’s still enjoying a glass of red wine while beating him in Mario Party, and she’s still preparing for the next guests while he continues the latest project with the house.

“Just having her go through all that stuff — she’s always happy, and she’s happy being a mom and this is our family,” Matt said. “It’s very exciting for her. It’s exciting for me, and I just want to show my appreciation to her.” 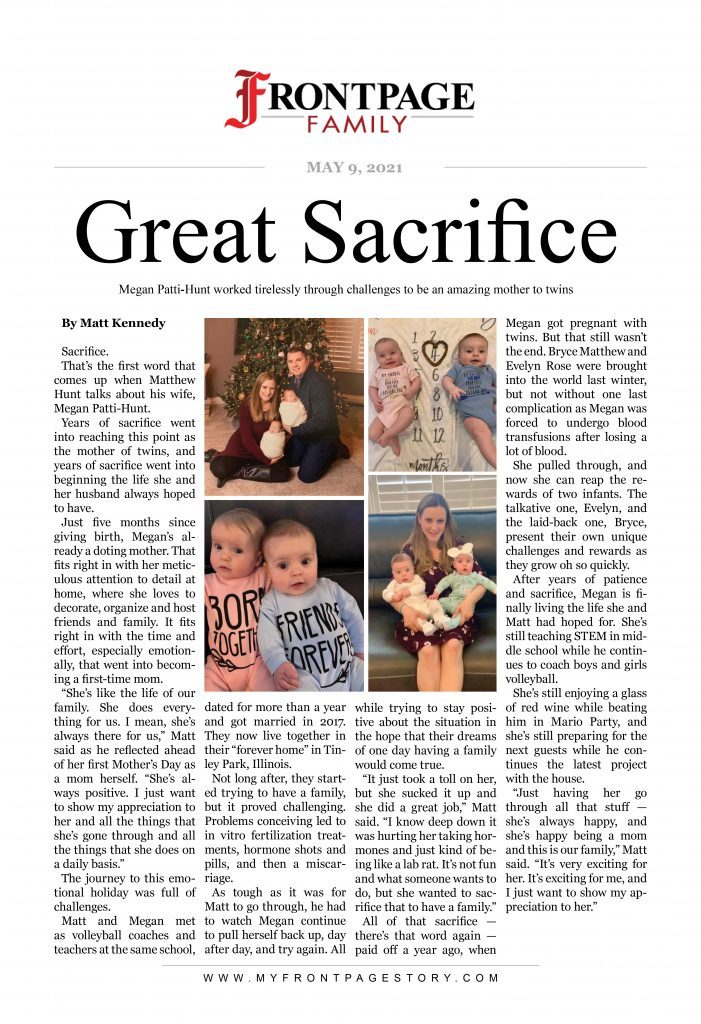