‘Our Rock’: Through thick or thin, Angie is always there to support Josh, her son David, and so many others 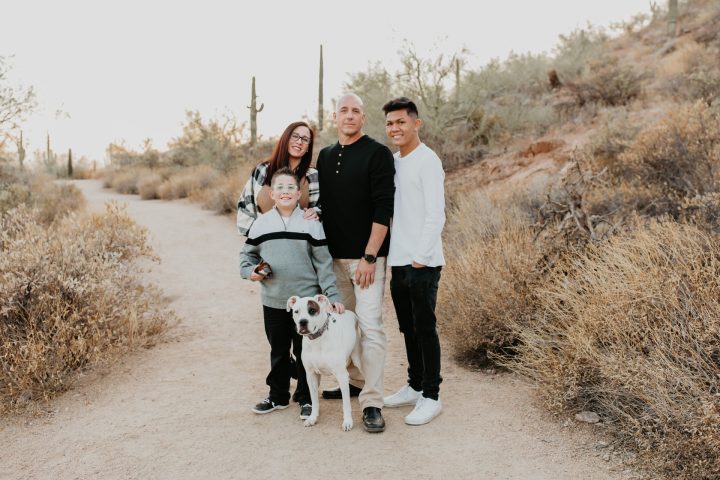 Josh leans on Angie through all the ups and downs that come with life in the restaurant industry, and he knows he’s not alone. He owns and operates three locations, which have him running from morning to night, seven days a week, without much to show for all the hard work except MORE hard work and hope for a prosperous tomorrow.

Angie supports him anyway, and she plays much the same role for so many others without ever seeking anything in return.

She is a rock in Josh’s life, along with her family and friends. When anyone needs a hand, Angie is there. And, as reliable and selfless as she is to all of them, she is dedicated 1,000 times over to her 9-year-old boy, David, and making sure he has every opportunity to be successful in life.

Even when Angie leaves for the day to go to work, it’s her job to care for the elderly who might be struggling with even their most basic needs. So it goes, around the clock, Angie puts herself last and makes sure she is there for everyone who needs her, even when the job is a thankless one.

“She’s everything to us,” Josh said. “She has been our financial and emotional rock, and she has made sure everything is taken care of. She’s a very good, giving person. A lot of times, I’m sure she doesn’t feel like that’s appreciated enough.”

Josh knows that Angie has a valid point about expressing appreciation through all of life’s daily rigors. She is the most considerate person he has ever known, and her kind acts are so frequent that he doesn’t express his gratitude nearly enough. Without a doubt, Josh sees them and he is in awe of what Angie can pull off in a given day.

The pandemic has hit their little family harder than most, which has called for Angie to do even more in support of both Josh and David. She is working from home while home-schooling David and making sure he stays on track. She does this while trusting and supporting Josh as he chases a dream they both feel is just beyond his fingertips.

All the while, Angie is constantly thinking of others, donating to charity, and going the extra mile in support of Josh and David. As an entrepreneur who works tirelessly and has to put out fires, he appreciates Angie’s support more than she knows. No matter what’s happening, Angie has his back and is even there to work when he needs a hand.

“Her emotional support, more than anything else, has been huge,” Josh said. “When you’re starting your own business, just getting it off the ground is so much work, but it’s also frustrating. She’s always there to say, ‘Hey, I get it.’ Now I’ve got three locations and maybe two more opening up this year because she always has my back.”

Josh loves that he can count on Angie to deliver unwavering support in any form he needs it, but he is in awe of the fact so many others can say the same thing about her. Angie’s ability to work hard in service of others is rare and wonderful, and Josh seems to get a new reason every day to love her more and be even more grateful.

When Josh met Angie, he admits she wasn’t the type of woman he was looking for. They connected quickly ,and he started to realize how wrong he was and how incomplete his life was before he met her. And now, he can’t imagine going through all the ups and downs of life with anyone else.

“She was everything I didn’t know I needed,” Josh said. “It didn’t matter how great or bad, she was always there, and I needed that. I needed her understanding, and I needed her determination. She’s been the rock of the family.” 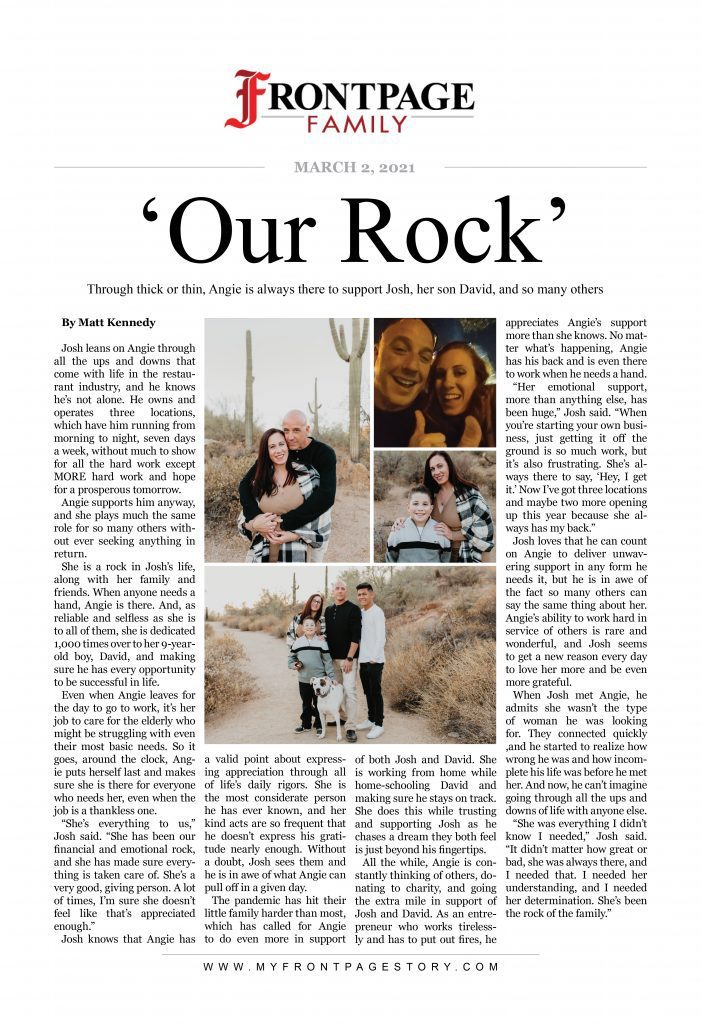