“The glue that keeps our family together” 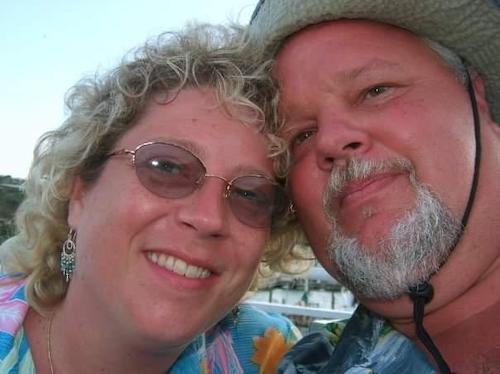 With her Christian morals and selflessness, Stephanie McCoy is a loving wife, mom and grandmother who would do anything for her family.

“Steph has a wonderful, beautiful, loving, caring soul,” her husband, Scott said. “You can see and feel Jesus in her from her head down to her toes.”

Stephanie raised two children, Allison and Christopher, who became wonderful adults thanks to the lessons she instilled in them while providing them with unlimited love and support.

She and Scott are raising a 16-year-old son named Philip who is a talented musician playing bass drum in his high school marching band while starring on the school’s golf team.

When Philip was less than five months old, Scott had three strokes and was in the hospital. Stephanie was home caring for their baby and working full-time, but she would somehow find time to bring Philip to see Scott every day.

When Scott got home from the hospital, his mouth was paralyzed and he couldn’t talk for several months, but Stephanie took care of everything.

“Steph was and still is the glue that keeps our family together,” Scott said. “I always loved her, but I love her even more for what she did for our family and how much she put up with from me during that very trying time.”

Known for hard work, Stephanie has worked as a TSA/Homeland Security Lead Officer for almost 16 years. They have tried to promote her multiple times, but she has repeatedly rejected promotions because she does not want to deal with additional paperwork, and she loves to be around people.

“I am in awe of the way she treats not just her family, but everybody she comes in contact with,” Scott said. “Even while working at the airport where there are many surly travelers, she greets them all with a smile and outgoing personality.”

When she isn’t working and caring for her family, Stephanie paints rocks, shells and other items. She has developed into a talented artist, selling some of her rock art. She also loves to read and cares for her computer farm.

Scott and Stephanie met while working together at a sports bar/restaurant named Al E. Gators, which is no longer in existence. They became friends and that friendship developed into what now is a 23-year relationship. Scott smiles as he reminisces about their wedding on a beach in St. Thomas.

After his strokes, Scott became a full-time stay at home dad. He said that Stephanie stepped right into the breadwinner role, adding that her hard-working diligent personality drives the family and sets an example for everyone to follow.

“I cannot express how much I love and care for Steph,” Scott said. “The things she does for Philip and me to this day are simply amazing. Steph, thank you for everything! I love you with all my heart.” 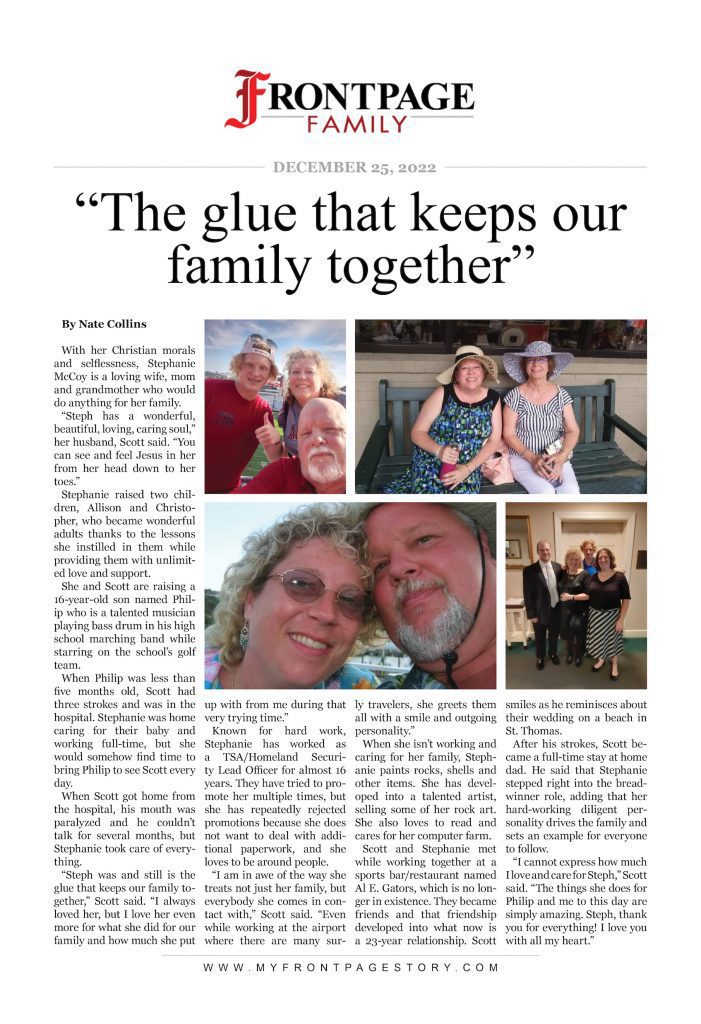