‘Strongest woman I know’: Laura Meents blew her husband away at first sight, but even more so as a mother and wife 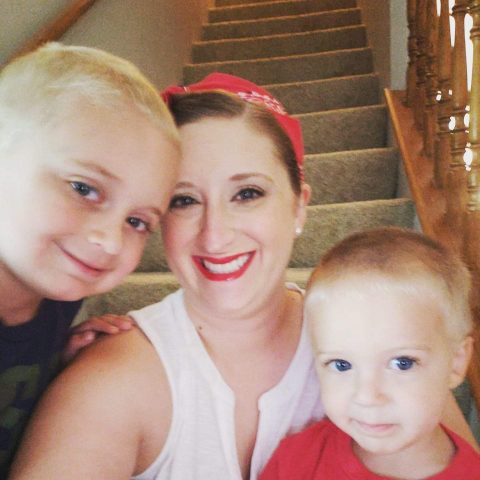 Before she was a wife and mother of two beautiful boys, Clark and Lucas, Laura walked into Chad Meents’ gym and blew him away. She had it all from the moment Chad saw her and he knew right away she was a “Herscher girl.”

Laura was beautiful, sweet and kind, but he could have never known how giving, kind and hard-working she was or how amazing she would prove to be as a mother. All of that came later, long after Chad was mesmerized her and felt like he had no choice – he HAD to talk to her.

“She was beautiful,” he recalled. “The second thing is, she was all smiley, and she’s got this hair. She looked like a goddess. I’m running around the track, and she’s on the treadmill. I almost crashed into the wall because I rubber-necked. I couldn’t not talk to her. I couldn’t stop showing off for her. I had to be with her.”

He did get together with her, eventually.

What Chad discovered was a woman whose amazing qualities went so much deeper than her immense beauty on the surface. He was so enamored with Laura, in fact, that he agreed to watch every season of her favorite show, “Gilmore Girls,” just to understand her better.

They were married eight years ago this July. As a wife, Laura proved to be a tireless worker and unselfish partner. As a mom, she connects with Clark and Lucas and has a way of empathizing with them and putting their needs first.

“She’s so good with them,” Chad said. “She’s got a way that I don’t. She’s understanding and sympathetic. She has empathy and an ability to read our children. She understands their feelings. She’ll talk to them and reach them in a way I can’t. We make a good team in that way.”

Clark and Lucas also make a team in professing their love for their mom. Little and Big Broski have clear joy in their hearts as they work through their mini dialogue about one of their favorite subjects: their loving Momma.

For Chad and the boys, what’s not to love?

Laura has been highly successful in her career, to the point where her employer created a position just for her. She balances that masterfully with taking care of the kids and handling many of the duties on the home front.

“She’s constantly on that grind,” Chad said. “She stays on top of it. Don’t ask me how.”

Laura and Chad set out to buy a home and made it happen by working extremely hard. Laura’s perspective then and now helped them stay the course. She knows they just have to keep pressing onward before the clouds part and sunnier skies come into sight.

That’s exactly how Chad felt the moment he first laid eyes on Laura.

The clouds parted and the wholesome, Midwestern girl with a heart for singing was there in front of him. It was a moment that changed his life forever, and he couldn’t be more grateful for her as a wife, as a mother and an inspiring force who brings out the best in him.

“She’s the strongest woman I know,” he said. “The fact she doesn’t think so is what I love most about her. She has the ability to keep going no matter how hard things are. She does it with a good attitude, like, ‘OK, we got this.’

“It’s mutual respect and teamwork that she brings to the table and makes me a better man and certainly a better husband because of it.” 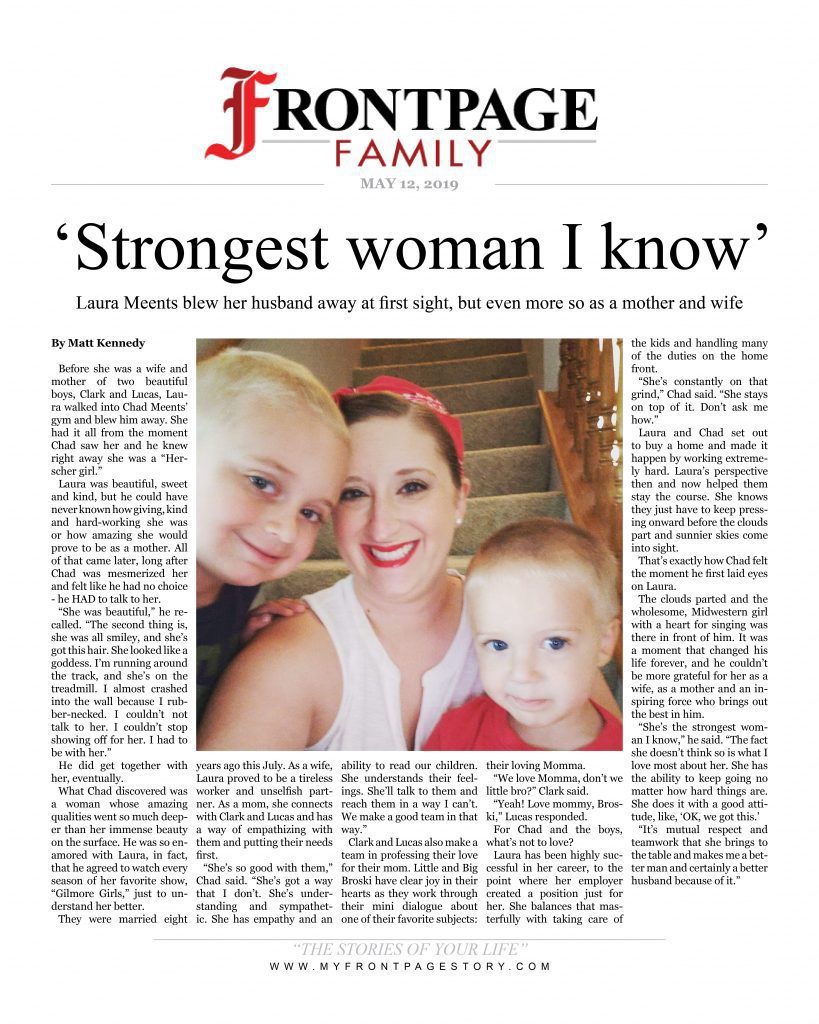