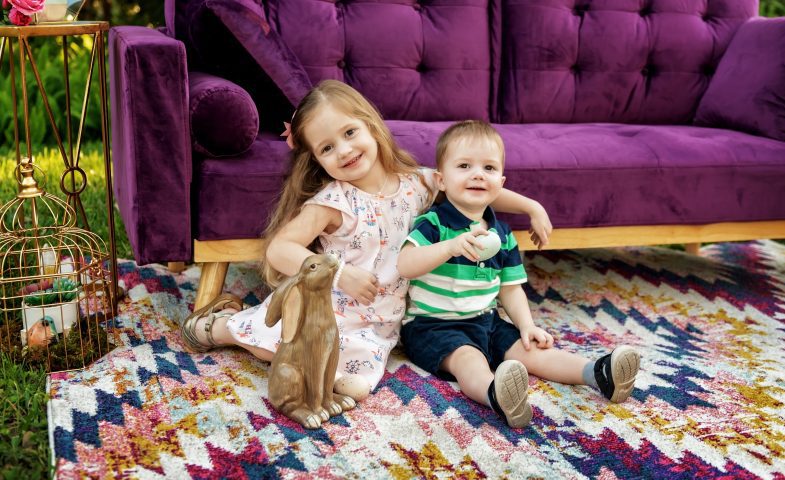 Kate Sherwin’s willingness to sacrifice for her family was evident early in her relationship with her eventual husband Robbie. She cleared a path for him to pursue his career as a golf coach and bounced around the globe to help him make it happen.

That meant the world to Robbie then and was a mere glimpse of the selflessness that would later allow her to thrive raising her two children, 4-year-old Lyla and 2-year-old Noah. Kate simply has an amazing ability to put herself last.

“She’s just got a good heart and is a selfless person,” Robbie said. “She just puts her family and me and the kids first all the time. She’s a busy person with her own career and job and looking after me as well, but she spends a lot of time with the kids.”

Robbie and Kate met as flatmates in the United Kingdom. He came from New Zealand and she came from Wales, and they connected enough during their time in the UK that she moved with Robbie when he got a job offer in China.

They lived there for five years, during which time they got married, then they moved to New Zealand to start raising Lyla. The family moved to Florida in 2016 for the next stop in Robbie’s career and had Noah not long after that.

Robbie is still blown away and grateful that Kate was willing to go along on that journey and reshape the direction of her own career. It meant everything to him.

“Her support completely shaped my life and our life together,” Robbie said. “I’ve been able to develop my career, and she has supported me. She has given up friends and family back home. I had already left New Zealand and was living abroad when I met her.

“That was my choice and my decision. I think she always wanted to live abroad. She just changed her outlook and what her future looked like to support me. That’s huge.”

Kate’s dedication shone that whole time, but never more so than it does now as a mother. She is instinctive, loving and dedicated as the driving force behind her happy family.

“She holds everything together,” Robbie said. “She has a job. She looks after the household. She’s a fantastic mother to our two children. She’s just selfless and gets on with things and puts everyone else’s well-being in front of her own. She’s just the glue of the family.”

Kate plays with the kids, reads to them often and finds countless activities for them to participate, all of which help them grow and develop. She takes them to gymnastics, dance and swimming classes and otherwise spends as much quality time as she can with them.

She and Robbie have also given them the gifts of perspective and worldly wisdom at an early age through international travel and adventures.

Kate has done so through a series of sacrifices and compromises. And now, she is the rock that everybody in her family knows they can lean on.

She means everything to them.

“She’s basically my world,” Robbie said. “She is my inspiration, and she’s the glue that holds the family together. I love watching her and the time she spends with the children and the way she looks after them and nurtures them.

“We’ve had an amazing journey, and I can’t wait for what the rest of it brings.”