The Best Dad: Ralph Perez is a faithful and hard-working father who is still a shining example to all of his children 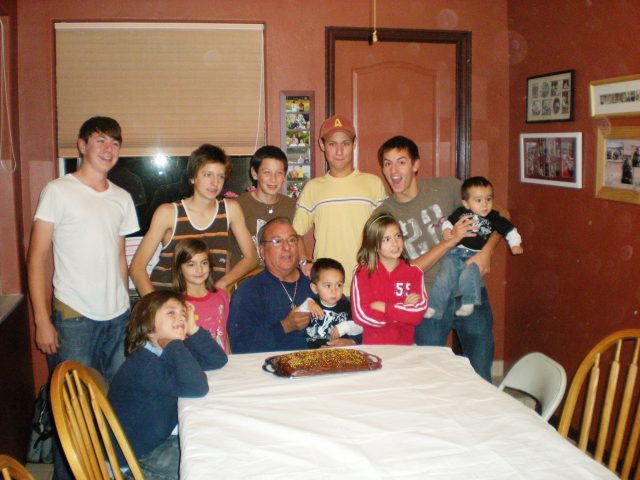 Ralph Perez is a “spiritual giant” and a father of six who has always shared his big heart with everyone he meets. He is no stranger to adversity or hard times, but Ralph shows again and again that he won’t stop working or fighting for his children, Lisa, Monique, Aimee, Raul, Ryan and R.P.

They know their dad to always show up for the family, for better or worse, and to set the example for them to work hard and keep their faith. Ralph didn’t always have a big bank account, nor did he ever pretend to have all the answers, but he always gave his best effort and helped move the family forward.

“He came from a rough upbringing, but provided us a pretty great place to grow up,” R.P. said. “He was always kind and loving, and he gave 110 percent to our family. He may have not gotten the outcome or desired effect or reached the goals he had, but he definitely didn’t lack for trying. He always worked hard and was very humble. Everyone loves him.”

Ralph leaves that lasting impression at home and all around town as a man who sincerely cares about others. He has always put his kids first, but also has a way of putting smiles on people’s faces just by talking to them. Ralph is curious and funny, and he loves to engage with everyone.

There’s a running joke in Ralph’s circle of friends that, no matter where he might go, he always finds someone he knows.

“He has a great sense of humor,” Monique said. “He’s easy to be with, and he makes friends wherever he goes. He used to have these two friends, and the wife would always say, ‘I can’t wait to see who we see tonight that Ralph knows.’ Wherever they went, he would run into somebody he knew.”

Ralph is the son of Mexican immigrants who didn’t have much when they moved to the United States, so he learned at a young age to put his head down, focus on one day at a time, and count each and every one of his blessings. That work ethic and positive attitude have come to define Ralph’s life.

There’s no overstating the impact those qualities had on impressionable young kids who looked up to their dad and followed his example. And no matter what was happening in his life, Ralph worked hard and was a shining light for them.

“I have never met or heard anyone that had anything negative to say about him,” Raul said. “I admire his work ethic. He would work all night, drive home, work a second job, take a nap, drive back to LA and work another graveyard shift.”

As much as anything, Ralph has approached his life with the spirit of servanthood, which he applied in his jobs, in his family and in his faith. He also has a well-earned reputation for being a wizard in the kitchen who can always whip up a world-class meal, even when the fridge or pantry looks empty.

Ralph shared the gift of cooking with his kids, first by sharing with them his tamales or beans and rice, then later as he helped them find their way around the kitchen. With a focus on the simple things in life, Ralph could make a night out of making his family an amazing meal.

In fact, those are some of his kids’ most memorable moments growing up.

“Some of the fondest memories I have are watching him cook and eating together with my dad,” Raul said.

Ralph’s cooking has always been a gift to the family, but the real gift is the act of service behind it. He has doubled down on that attitude now as a loving grandfather who wants to be there for everything to support his kids and grandkids.

“He would do anything for anyone,” Aimee said. “Every time I had a baby, he wanted to come up and cook and clean and just be there. Even now, if he’s not feeling good, he’ll say, ‘I wish I could be there to help you out.’”

Ralph has made the lives of his family and friends just a little better every single day, which has been his goal from the very beginning. He has done that at times with his love, his sense of humor, and even in his cooking.

And for Monique, she has never forgotten the courage her dad showed by branching out from his Catholic faith and to The Church of Jesus Christ of Latter-day Saints.

“Thank you for the courage to step away from that tradition in order to bring this religion that means so much to me and my family into our lives,” Monique said.

Ralph Perez is proof that courage and dedication can show up in many forms. For him, it was always a dad joke, an amazing meal or his positivity through any challenges he faced. Ralph set the tone for his family by being their best friend and the man whose example has changed all their lives for the better.

“Thanks for always working so hard for us and teaching us the value of work because that’s helped me in my life as well,” Aimee said. “He taught us to be cheerful in our work.”

Ralph is humble, kind and always willing to work hard and do more in service of his family. And for that, his kids are simply grateful to know him and be raised by that example. They love and respect him and hope to make just a fraction of the impact on others that Ralph has always made.

“I love my dad more than anything,” Raul said. “In my early 20s after his divorce from my mom, I went back to live with him for a few months, and he was my absolute best friend! I miss that closeness so much. My goal, after Covid, is to get him out much more to all of our homes to stay and visit.”

“I couldn’t be happier for how he raised me and I’m very, very thankful for the example he set for me,” R.P. said. “He has nothing to doubt. I’m 100 percent pleased with what he has done for me in my life. I hope he knows that.” 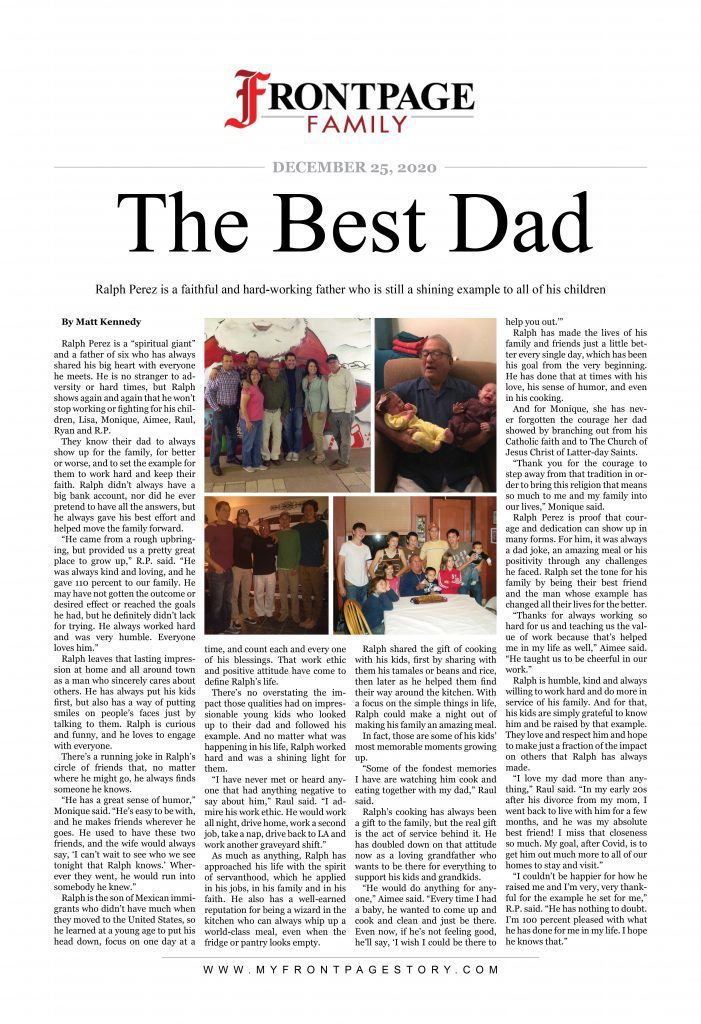