This selfless woman from Chicago is truly an “Angel from Heaven” 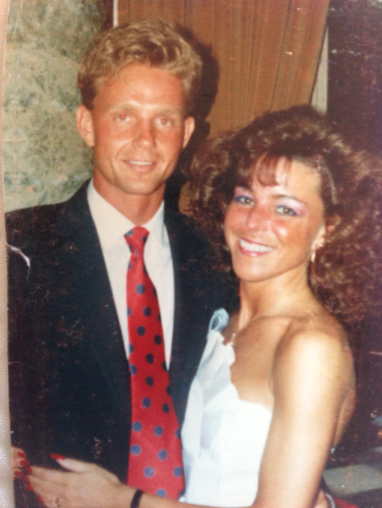 Not many people will say their favorite memory is the first moment they laid eyes on their special someone. That is, unless you are David Shallcross.

When he first met his wife, Susan, he was taken aback by how amazing she was – both in beauty and personality – and it did not take him long to realize he wanted to get to know her better.

David is a golf professional, and he had agreed to give his then-superintendent’s daughter golf lessons, but what came of those lessons were not a newfound set of golf skills for Susan, but instead a lifetime of love and happiness for her and David. Susan is one special woman, and David realized this right away, and that is why he has not let her out of his sight from the first moment they met.

“Susan is caring, overly thoughtful and giving,” David said. She always has a pep in her step and wears a smile all the time. She is there for anyone in times of need. She is a kid at heart and has a handful of great nieces and nephews who always want to be around her and play with her. As we say, she is everyone’s Auntie Susie. She also never has a bad thing to say about anyone.”

Any good quality you can think of, Susan probably possesses it. She is such a kind-loving, sweet person who is an optimist and shows the most care in the world to every single person she comes into contact with. She also makes the most extraordinary chocolate chip cookies that she loves to constantly bake and share with people, which is why David kiddingly likes to call her the “Cookie Queen”.

She is the true definition of a selfless individual, as Susan is always thinking about well before she thinks about herself, and that is just one of the many things David loves about her.

“I admire her kindness and her love of life and family,” he said. “She’s always thinking of and helping others. Susan is willing to listen to others and help them out when needed. She always looks at the bright side of things and never gets down.”

Susan has a contagious positive persona that everyone is drawn to. Repeatedly, while at shopping malls or grocery stores, strangers come up to her asking for assistance or opinion on something. She’s like a magnet of wisdom who does not let anything in life get her down. She is such a happy individual, and on top of that, a great mother.

She is a mama bear who will always be protective of her children, even though Paige (28) and Austin (25) are out of the house. She always makes time for the kids, and she is always there to support them.

They are her world, and she is doing such an amazing job raising them into great young adults.

“As the mother of our two children, she has always been there for love and support,” David said. “From their first school activity to the day they graduated from college, she was their biggest cheerleader!!! She’s always there for them through thick and thin; her upbeat personality will always have a positive effect as she continues to shower them with affection.”

Paige and Austin will always come first in Susan’s life, and there is not a thing that she has done that her husband is not proud of. He knew early on that she was different and that he wanted to spend the rest of his life with her, and he has not looked back since. It was the best decision David has ever made, and he is thankful for the support he gets from his wife every step of the way.

“It was pretty simple,” he said. “Her thoughtfulness and genuine personality were what really stood out when we met. As we continued to date, our compatibility and understanding of one another continued to grow. It was a no-brainer.”

They are such a great couple, and life with Susan is so much better than life without her in David’s eyes. He knows that she makes such a great impact in so many lives, and she has helped shape him into the man he is today.

Not a day goes by that David is not thankful for his wife, and he cannot wait to spend an eternity with her.

“Susan is surely an ‘ANGEL from HEAVEN!’” – David 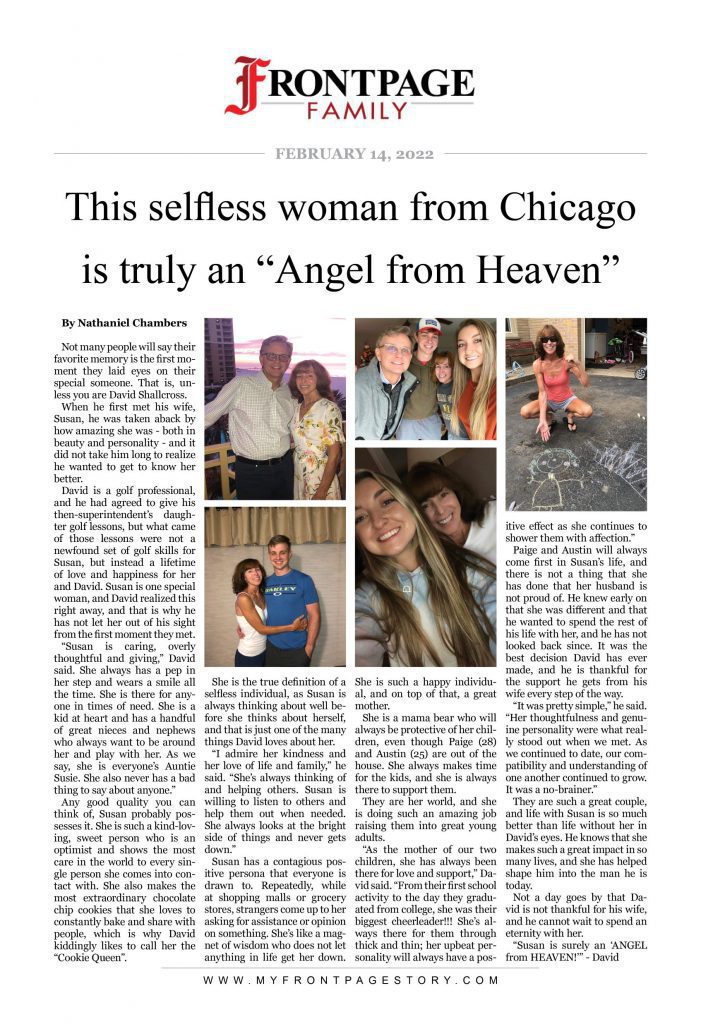