Tough Love: Donna Firth guides her family by loving, supporting and pushing her kids to be the best they can be 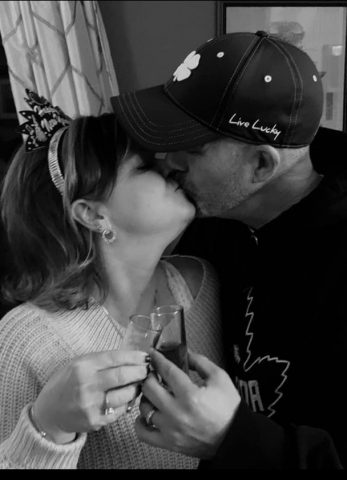 Growing up with Donna Firth as their mother, Matt (21) and Jenna (17) resorted to the most loving insult they could find for the way she insisted that they stayed on track in life.

“She’s a big supporter of everybody, but she’s also the one who pushes all of us to do better,” her husband, Karl, says.

Her approach worked. Matt and Jenna stayed on course and tried to avoid the wrath of “Asian Mom,” which of course, was just a small part of what made Donna such an incredible mother and wife.

That mix of sweet and stern has been a driving force behind the Firth family and their ability to stick together all these years. Karl laughs as he points out that he was shown incredible love by Donna, but even he needed an occasional kick in the pants from her.

Karl knows beyond a doubt that he has grown, both personally and in his career, because Donna is there to support him.

It’s been that way ever since they met at The Muddy Water Tavern while out of town visiting family members. Donna was the one who waved Karl over to talk to her, and it wasn’t long before they were off to see “Titanic” on their first date.

“She’s helped me get to where I am in my career and as a person,” Karl said. “She’s always been that support, but she also pushes you in the background. She knows how to say the right thing at the right time. She has helped drive me to where I am now.”

Sometimes, the right thing is in the form of a loving note of encouragement if he’s feeling down or stressed.

Others, Donna sends a clear message to Karl or the kids to snap out of it or pull themselves together. Whatever they all need to hear — but don’t always WANT to hear — Donna has always been the best at delivering it. Even if the kids are doing well in school, Donna held them to a higher standard and told them they could do even better.

Whether it’s criticism or praise, everything Donna does for the family comes from a place of selflessness and love. The fact she simply wants all of them to be the best possible versions of themselves has nothing to do with her and everything to do with them.

Without her, Karl is convinced the whole family would fall apart.

“She has always been about family,” Karl said. “She’s a caring person who puts everybody else ahead of herself. She’s the main part of maintaining that structure for us.” 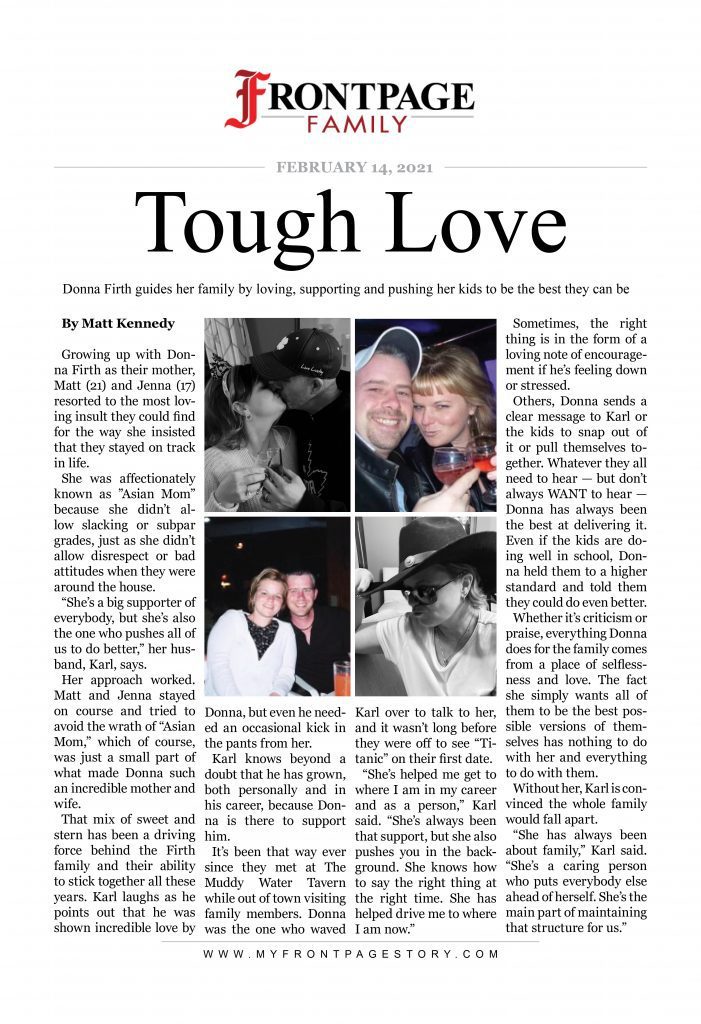