‘VERY SELFLESS’: Suzanne Nicklaus is a mother, wife and friend who jumps at the chance to put others first 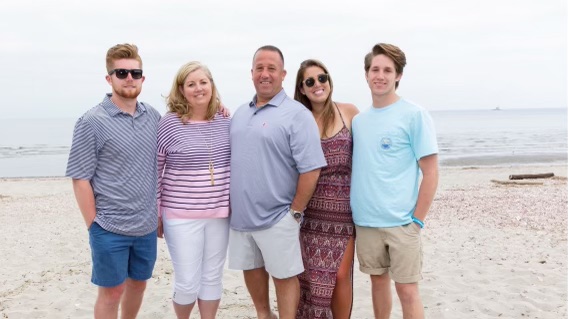 Suzanne Nicklaus is a devoted wife and mother who always puts her family first. That means that sometimes her own wants and needs come in last, but she doesn’t mind at all. She selflessly gives 100 percent of herself, her time and her energy to her husband Jeff and their three children, Alayna, 24, Michael, 21, and Andrew, 19.

When her kids were younger, Suzanne was always “classroom mom” and could be found front and center at every school musical, play and sporting event, but she didn’t just watch from the sidelines. She always stepped up and sought to help out in any way she could.

Suzanne is also the family cheerleader, supporting, advising and encouraging her brood as they grow and face their own journeys through life.

“We can always count on her if we are in trouble or need advice. She’s the first person we go to,” Alayna added. “Whether we need something during school or need advice, we always go to our mom and she just always will tell us the right thing to do. But she also puts it back on us, to make decisions and learn from those decisions as well.”

That goes for Jeff, her husband of nearly 30 years as well.

When Jeff left the job he held for 20 years to start his own business, Suzanne was right by his side, encouraging him to pursue his dream.

Even when Jeff himself was uncertain.

“Our daughter Alayna and I are very, very similar — both high-energy, Type A people but we can lack self confidence,” Jeff admitted. “We see an issue, look at the issue, move on. Sue forces us to stop, think about it. And then if we lack confidence, she is always there to boost us. I would not be where I am today without her moral support.”

Suzanne and Jeff first met more than 30 years ago during orientation week at the University of Scranton. They became friends, both part of a close-knit circle of classmates that they remain friends with today. Their friendship blossomed and Suzanne and Jeff began dating in January of their junior year. They both graduated in 1990.

Suzanne, who grew up in New Jersey, had dreams of moving out west to live in Portland, Oregon after graduating from college. But Jeff got a job in Lancaster, Pa., and Suzanne’s dreams changed. It was clear that they were meant to be together, so she moved to Lancaster too, and in 1992, they were married.

Suzanne worked for years as a physical therapist and later worked in home health care. And of course, she gave 100 percent of herself to her patients, devoting herself fully to their care. Her patients adored and respected her. They would request her if the had to return for therapy. Her focus shifted to family in a big way when Alayna was born in 1996.

“Once we had kids, it was the kids and us,” Jeff said. “She has always put herself second and devoted her life to us.”

The children’s education has always been a priority for Suzanne. She knew early on that volunteering at her children’s school was an important way to let them know she was interested in their education and making their school years special. Besides serving as room mom, she was in charge of parent and holiday events, helped organize field trips and even was in charge of putting together their grade school yearbooks for several years.

That kind of project can be labor-intensive and sometimes thankless, but Suzanne excelled at it if her family sometimes ribs her for a lack of organizational skills.

“She catches a lot of heat because she’s not organized,” Jeff said. “Most of us are very structured. Sue thinks everything out. She wants the best outcome, not necessarily an outcome that is on time…But she gives 100 percent no matter what she does and works hard to make sure it is done right.”

Now, after being so active in her children’s lives for so many years, Suzanne has watched her kids leave the nest one by one. That is never easy for a mother, but for Suzanne, it has been particularly tough.

“Now all of a sudden, our youngest is a freshman at Tampa, and she’s realizing she may have lost her purpose now that the kids are gone,” Jeff explained.

But Suzanne has a new purpose — a second home that she and Jeff have purchased on the Chesapeake Bay. As “project manager” she is in charge of all of the renovation and construction.

When planning to purchase the second home, Suzanne – who loves the outdoors and hiking – had suggested a house in the mountains. But Jeff and the kids all love the beach and water sports. So, in Suzanne’s usual fashion, she went along with what the rest of the family wanted and agreed to purchase the new house on the Chesapeake.

“We argue with her along the way, but ultimately she ends up acquiescing to what the family wants,” Jeff admitted. “She is sort of the lone wolf of the family, but definitely the matriarch. Everybody respects her and appreciates her. We just don’t tell her enough.”

Suzanne may be busy with the new house, but her focus will always be on her kids. Besides Andrew at school in Florida, Alayna is now back to Lancaster and working, and Michael is in Providence, R.I.

“Those one or two calls a week that she hopefully gets from the kids, rejuvenate her battery,” Jeff said.

“She’s the rock of our family,” Alayna summed up. “She gets us through everything and she puts us all before herself. She keeps the family going, keeps us together and is such an amazing woman. She’s become one of my best friends and someone I strive to be like. Eventually, when I become a mom, I’m going to strive to be like her and raise my kids how she raised me and my brothers.”

“Growing up, one thing that has always stood out to me is your willingness to help out regardless of the situation,” Andrew said. “At the drop of a hat, I’ve always had a shoulder to lean on, all because of how you care and love us.

“I am so thankful for that and all you do for us, but also for showing us by example what it takes to be an amazing person, friend and family member. All that I have and am today is only possible because of you.”

And from Michael: “Throughout our childhood, you constantly told us to just ‘trust you, and one day we will realize why I do what I do.’ We are now reaching that age, and let me tell you, you were right. Those little pieces of advice helped to shape us into the people we have become, and I am endlessly grateful for that and, more importantly, you.

“Although we do not always work at the same pace, somehow you always get it done and done better than any of us ever could have. Everything you do is in pursuit of making our lives better, no matter what it requires to get it done. You do it because you love us and want us to be happy.” 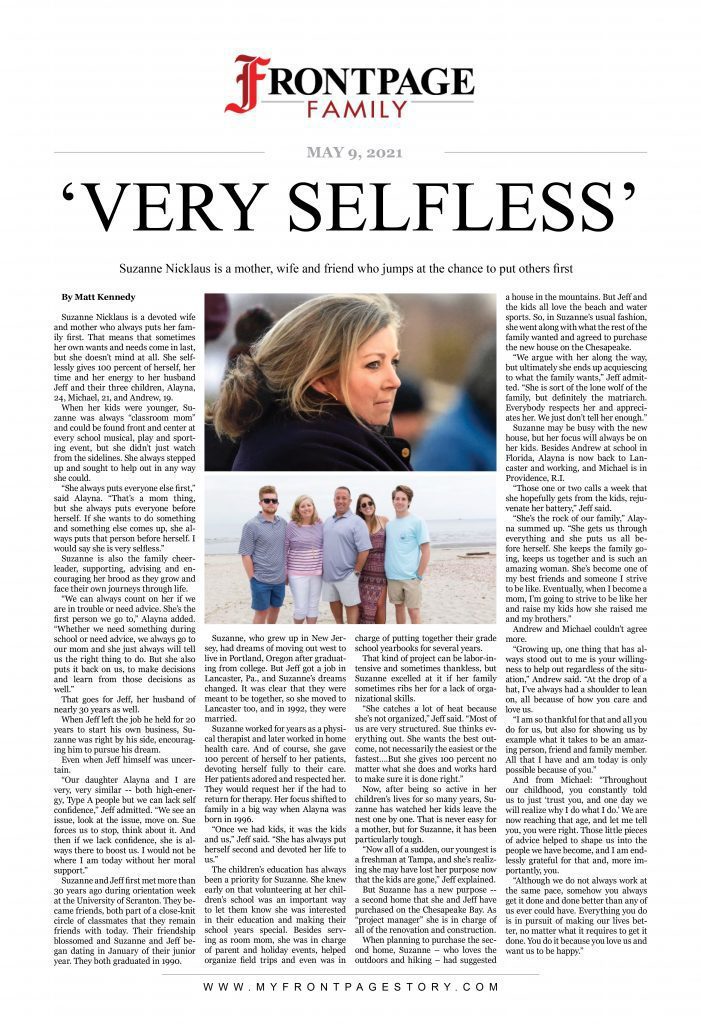