‘Warm & Caring’: Carol Lankford is a loving mother and wife who has shown her husband, James, the definition of true love 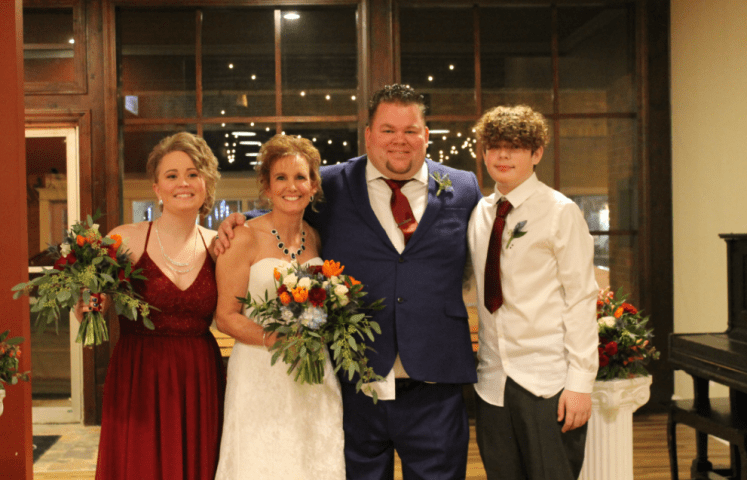 James Lankford had never known time could fly so quickly.

Before he and his wife, Carol, had any thoughts of getting married or, really, even being together, they would just get lost in conversation outside of their apartment building. It wasn’t uncommon for four or more hours to pass before they both realized what time it was and that it was time to get back inside.

Those conversations were where their love began to grow, however unlikely it might have seemed at the time.

The talks were long and pressure-free, which allowed a friendship to flourish and eventually turn into something more. Carol’s heart for family was apparent to James right away, but it also caught the attention of his son, Leland.

Leland knew it before his dad did, and Carol has proven him right hundreds of times over. Not just because James and Carol’s relationship developed naturally and their souls connected, but because Carol has been as warm and loving to Leland as he always predicted she would be.

Carol has her own daughter, Kayla, and two grandchildren she adores in ElliMay and Waylon, but she also loves Leland like her own son.

None of that could be considered a surprise since Carol’s reputation precedes her as a woman who can warm up any room when she enters. She is gentle and kind with her family, but also to her friends, co-workers and even strangers on the street.

Carol is simply in the business of making others’ lives better.

“She is so family-focused, and that even goes beyond family,” James said. “It can be anybody who knows her. She puts off such a warm, caring vibe. She’s always looking out for everybody else and just concerned about what she can do to help people out or make their day better. She’s a really positive person.”

James was in a position where he needed some of that positivity when those long talks began and eventually turned into more formal dates. Carol supports him no matter what and balances him out, encouraging him when he needs it and calming him down when he might feel impatient or stressed.

James grew up with a loving example from his parents to always put their kids first, even if it came at their own expense, so that’s how he always viewed parenthood. The balance Carol brought to the family was that it’s OK for him to think about himself sometimes and that Leland will be OK if James considers his own needs.

“She has shown me what love really is,” he said. “She has also gotten across to me that the kids will still know you love them. They can still be the top priority, but life can be balanced. It can be done.”

Life is more than just balanced for James and Carol now. It’s beautiful, and he wouldn’t change a thing about it. He is grateful for everything she does for him and the kids, and he couldn’t be more excited for their future together.

“Every little thing she does, I appreciate it,” James said. “It doesn’t have to cost a bunch  of money, just the time and thought and energy she puts in. It’s not only to me, but to her family, the kids, and my brother and sister at times. Everything she does is so appreciated, and she is loved. Nothing she does goes unnoticed.”

James and Carol danced at their wedding to “Over And Over Again” by Nathan Sykes and Ariana Grande, and the song’s lyrics couldn’t be a more perfect representation of how James feels about her.

“So, don’t ever think I need more

I’ve got the one to live for

No one else will do, and I’m telling you

Just put your heart in my hands

Promise it won’t get broken” 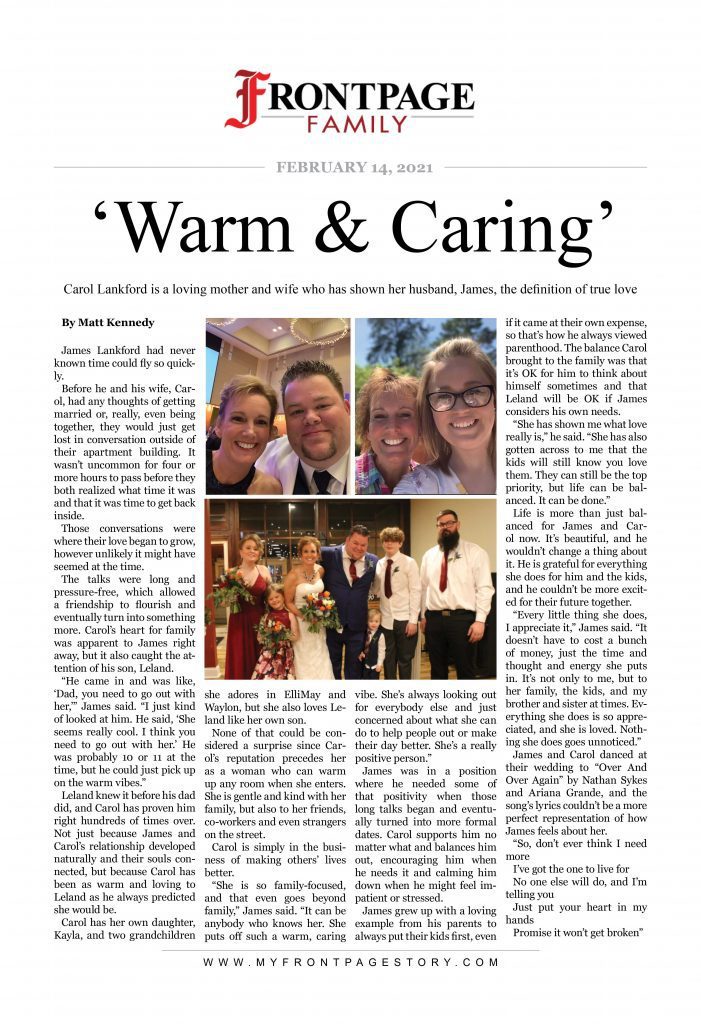