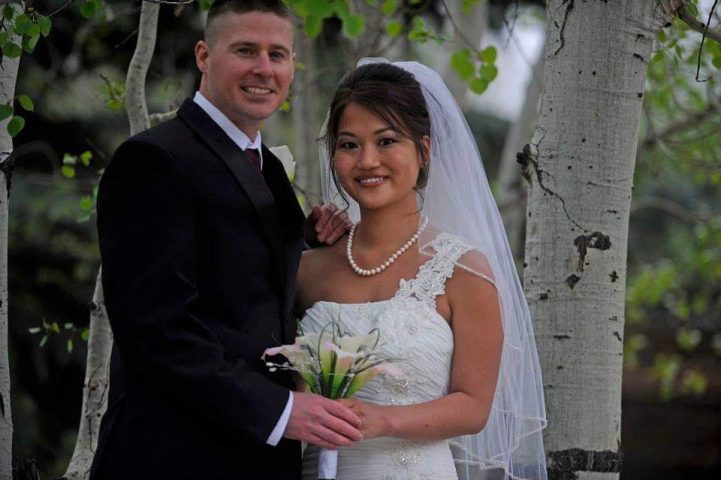 What once looked like Joshua Stephens’ most inconsiderate moment as a boyfriend was actually the one that changed his life. He and Nicole, then his girlfriend, went to a Cirque de Soleil show when they both felt a little chill in the air.

In every single instance before it, Joshua would have stripped off his jacket without even being asked. But with a ring box crammed in his pocket, he had to keep shoving away Nicole’s hands and leave her shivering in her seat. Protecting the surprise came at a cost.

Joshua popped the question after the show and bailed himself out for the perceived slight.

“She was like, That’s why you didn’t give me your jacket!’” Joshua said. “She’s always had a knack for ruining surprises.”

That moment was five years in the making from the time he first saw Nicole at a Walmart. She was wearing her high school cheerleading jacket at the time, so Joshua noticed her but wasn’t sure how legal romantic thoughts might have been. He must have had a puzzled look on his face while he tried to sort it all out.

“I thought she was super young,” he said. “She says to this day I gave her a dirty look, but then she started working at Walmart and I found out she was older.”

One thing led to another and another, and Joshua and Nicole went from coworkers, where he worked in dairy and she worked as a cashier, to casual dates to a five-year relationship that was culminated with their chilly engagement and a marriage they will celebrate with their fifth anniversary this April.

Along the way, Nicole has shown a gift and passion for baking and hopes to maybe take her cake decorating skills to a bakery, possibly her own, one day. She crafts and scrapbooks and is a role model for their 2-year-old daughter Jaylynn. When she’s not imparting her wisdom as a mom, she’s picking it up on the Food Network.

Nicole is also a good influence on Joshua and builds up to tackle new challenges ahead.

“For me, it’s just striving to push myself for that next step, that next level in my life,” he said. “Whether that’s going in for that bigger job or when she helped encourage me to become an officer in the National Guard, she’s always encouraging. She wants to build you up to go for those next goals.”

And as happy as Nicole makes him, Joshua gets far more satisfaction watching her do her part as mother. It’s a role she was looks made to play.

“I love her so much, and I’m so happy she is part of my life,” he said. “She’s a fantastic mother. I couldn’t ask for a better mother for our daughter.” 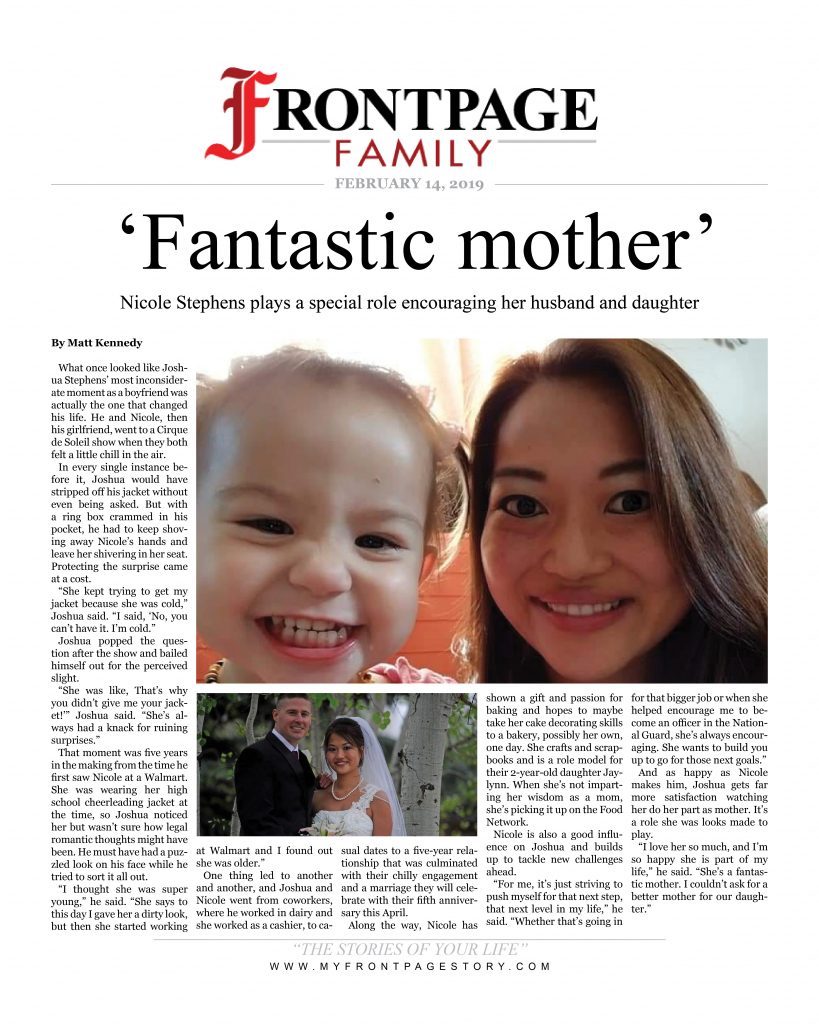