‘Most important thing to me’: Shana Matz leads her family with selflessness and tough love 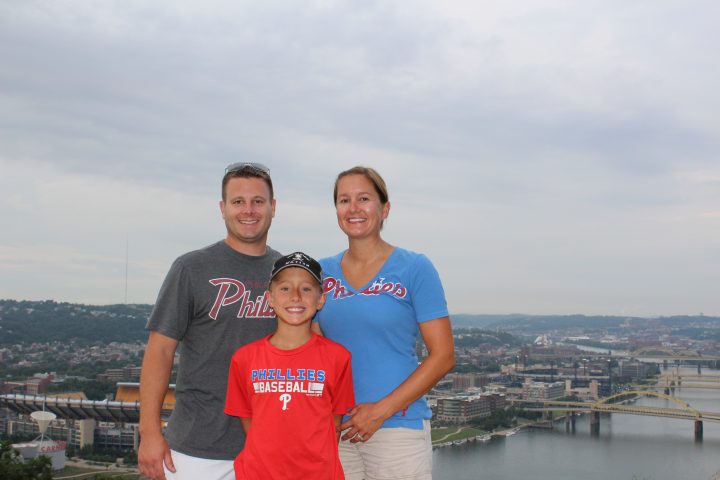 Joey Berg’s longest days are some of his most cherished memories. Sitting through swim meets with his mom isn’t a grind for him at all, the 11-year-old says. It’s an opportunity for quality time.

“It’s the thing I actually do the most with her is sit through swim meets and talk about swimming in general,” Joey said. “We’re big on swimming. We like to talk about it, do it, anything.”

The bonding exercise, especially over sports, is no accident. Shana Matz is active in everything she does as a math and technology specialist at West Reading Elementary School, a swim coach with the Governor Mifflin Aquatic Club and in the many hats she wears as a do-it-all mother.

In all those roles, Shana blends tough love with patience and empathy with high standards.

“She really taught me everything I know,” Joey said. “Like, one of the main things she says is, ‘Suck it up.’ She says I have to work hard, that I have to put school first and respect people.”

Shana and husband Mike push when Joey needs to be pushed, and they praise him when he does the right thing. They stay committed to a balanced, realistic approach, Mike said, that helps keep Joey centered and motivated to achieve.

“She’s no-nonsense,” Mike said. “We’re both kind of the same way. When Joey is on track and doing well, we praise him. When he’s off track or being a little lazy, we let him know. It isn’t all praise.

“We expect nothing but Joey’s best and if he isn’t at his best level, we remind him sometimes. As Shana puts it, she doesn’t sugarcoat things. If he has a bad game or a bad test score, it’s not, ‘Hey, you did great.’ We’re going to call it as we see it.” 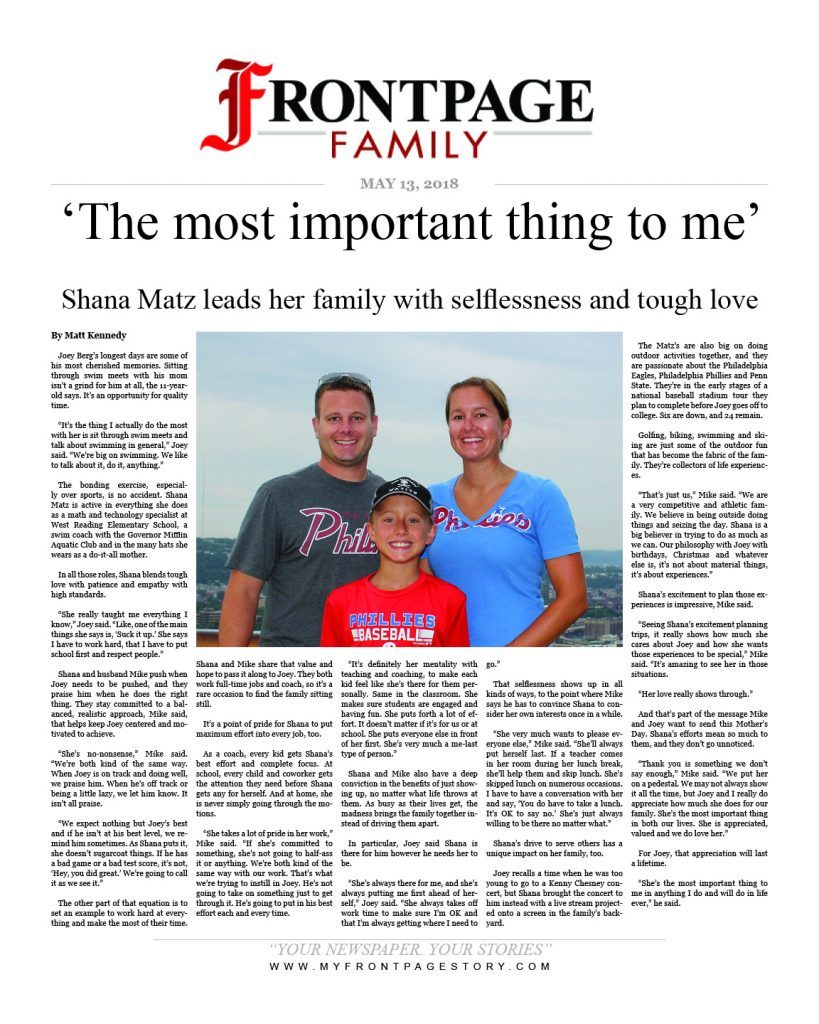 The other part of that equation is to set an example to work hard at everything and make the most of their time. Shana and Mike share that value and hope to pass it along to Joey. They both work full-time jobs and coach, so it’s a rare occasion to find the family sitting still.

It’s a point of pride for Shana to put maximum effort into every job, too.

As a coach, every kid gets Shana’s best effort and complete focus. At school, every child and coworker gets the attention they need before Shana gets any for herself. And at home, she is never simply going through the motions.

“She takes a lot pride in her work,” Mike said. “If she’s committed to something, she’s not going to half-ass it or anything. We’re both kind of the same way with our work. That’s what we’re trying to instill in Joey. He’s not going to take on something just to get through it. He’s going to put in his best effort each and every time.

“It’s definitely her mentality with teaching and coaching, to make each kid feel like she’s there for them personally. Same in the classroom. She makes sure students are engaged and having fun. She puts forth a lot of effort. It doesn’t matter if it’s for us or at school. She puts everyone else in front of her first. She’s very much a me-last type of person.”

Shana and Mike also have a deep conviction in the benefits of just showing up, no matter what life throws at them. As busy as their lives get, the madness brings the family together instead of driving them apart.

In particular, Joey said Shana is there for him however he needs her to be.

“She’s always there for me, and she’s always putting me first ahead of herself,” Joey said. “She always takes off work time to make sure I’m OK and that I’m always getting where I need to go.”

That selflessness shows up in all kinds of ways, to the point where Mike says he has to convince Shana to consider her own interests once in a while.

“She very much wants to please everyone else,” Mike said. “She’ll always put herself last. If a teacher comes in her room during her lunch break, she’ll help them and skip lunch. She’s skipped lunch on numerous occasions. I have to have a conversation with her and say, ‘You do have to take a lunch. It’s OK to say no.’ She’s just always willing to be there no matter what.”

Shana’s drive to serve others has a unique impact on her family, too.

Joey recalls a time when he was too young to go to a Kenny Chesney concert, but Shana brought the concert to him instead with a live stream projected onto a screen in the family’s backyard.

The Matz’s are also big on doing outdoor activities together, and they are passionate about the Philadelphia Eagles, Philadelphia Phillies and Penn State. They’re in the early stages of a national baseball stadium tour they plan to complete before Joey goes off to college. Six are down, and 24 remain.

Golfing, biking, swimming and skiing are just some of the outdoor fun that has become the fabric of the family. They’re collectors of life experiences.

“It’s kind of us,” Mike said. “We are a very competitive and athletic family. We believe in being outside doing things and seizing the day. Shana is a big believer in trying to do as much as we can. Our philosophy with Joey with birthdays, Christmas and whatever else is, it’s not about material things, it’s about experiences.”

Shana’s excitement to plan those experiences is impressive, Mike said.

“Seeing Shana’s excitement planning trips, it really shows how much she cares about Joey and how she wants those experiences to be special,” Mike said. “It’s amazing to see her in those situations.

“Her love really shows through.”

And that’s part of the message Mike and Joey want to send this Mother’s Day. Shana’s efforts mean so much to them, and they don’t go unnoticed.

“Thank you is something we don’t say enough,” Mike said. “We put her on a pedestal. We may not always show it all the time, but Joey and I really do appreciate how much she does for our family. She’s the most important thing in both our lives. She is appreciated, valued and we do love her.”

For Joey, that appreciation will last a lifetime.

“She’s the most important thing to me in anything I do and will do in life ever,” he said.