A True Patriarch: Don Andrews is the most family oriented person his girls have ever met, and they are thankful for their father every day 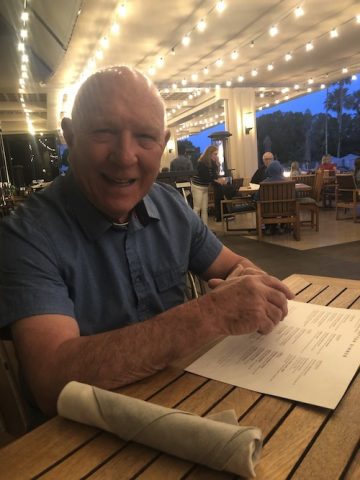 When you think of the name Don Andrews, the first thing that should come to mind is family man.

Don loves his family more than anything, and he would do anything for them. He is the oldest of four children, and he has four children of his own (all girls) to his loving and devoted wife, as well as six grandchildren.

His daughters have such an appreciation and a gratefulness for their dad, and they know that much of who they are today is because of the husband and father Don has always been.

“My dad has been one of the single most influential people in my life,” his daughter Grace said. “Dad is deeply rooted in faith and guided by his inner compass. He emphasized honesty, trust, confidence, motivation, initiative, understanding, servitude, perseverance and family.  These strong characteristics only come from individuals that possess them. As I’ve grown older, his presence has meant more and more as we’ve shared life experiences.”

Grace and the rest of her sisters all look up to Don in such a way that you know they all had a special bond with him growing up. They have taken so many of his life lessons to heart in their own lives, and they hope to continue to teach these life lessons to their own children.

One thing that has always stood out to the Andrews girls is the fact that Don will never put anything in front of his family, and this is evidenced to this day by the way he treats his wife and by the ample amount of time he spends with his six grandchildren.

“I admire how dedicated my father is and has been throughout his life,” Don’s daughter Laura said. “He stays committed to my mother – they will be married 53 years in September – raising his four girls (Grace, Sarah, Janet, and Laura) and growing Alliance Marketing, a business that he started himself from the ground up. I credit the grit and resilience I have to my father, as I had the privilege of watching him chip away at his goals day after day until they became his reality. He also has stayed committed to his faith – raising all four daughters in the Catholic faith – and still practices his faith today, even serving as a Eucharist minister at his church and participating in a weekly bible study group.”

More than just being a family man, Don is also a faithful man who uses his Catholic beliefs to dictate the way he lives. He has remained committed to his faith over all these years, and it is truly a large part of who he is.

Not enough can be said about Don, as he is such a great man of faith who treats his wife with nothing but respect, he teaches his children an endless amount of important lessons, he shows his grandchildren nothing but utter love and he is even a friend who cherishes every single one of the friendships he has. He is always there when you need him, and everyone knows they can count on Don, no matter the time of day.

“My father really has always been there when I needed him,” Laura said. “Even today, when something challenging comes up at work and I need someone to talk to and get advice from, I call my dad. I respect his opinion as an experienced businessman and as my own father. He is also a loving grandfather, always looking for an opportunity to hug his grandchildren and tell them how much he loves them. He finds the strengths in each of his children and grandchildren and encourages those strengths.”

Laura said growing up, she remembers her father teaching her how to pitch a ball, treat your friends, set goals, stay committed and the importance of faith, just to name a few. Now, she can look up to him as someone who can help her as a professional, as well as someone who truly appreciates where he came from.

“Dad is deeply proud of his roots,” Grace said. “His love of his home Cleveland. His education at Gilmore, Allegheny. He was drafted into the Navy during the Vietnam War, and he served and paid his way through graduate school at Syracuse University. He met my mother shortly thereafter. They married and came to Chicago, as my dad took a job offer for Sears Roebuck. Wheaton is where they laid roots as their family expanded and moved to Naperville after a few years.”

Don’s place of residency may have changed place a few times over the years, but his home has always remained the same. Home is where the heart is, and his heart has always been centered around his wife and kids, and that is just one large part of what makes Don the man he is today.

Don is a golf-loving, White Sox and Bulls fan with an appetite for good food, especially a burger or pizza and an ice cold beer. He is such a great person to be around, and he is just someone who really loves life.

Eloise, Grace, Sarah, Janet, Laura, Andrew, Connor, Maggie, Cassidy, Eloise Fountain and Henry all love and adore the amazing man that is Don Andrews, and they cannot imagine a life without him as the patriarch that he is. They are grateful for him, and they love him more than anything in the world.

“Dad, you are the rock of our family. Thank you for loving us so much.” – Grace

“Thank you, Dad, for all you have done and continue to do to help our family grow and prosper. I respect you, I love you and I am deeply grateful to have you as my dad.” – Laura 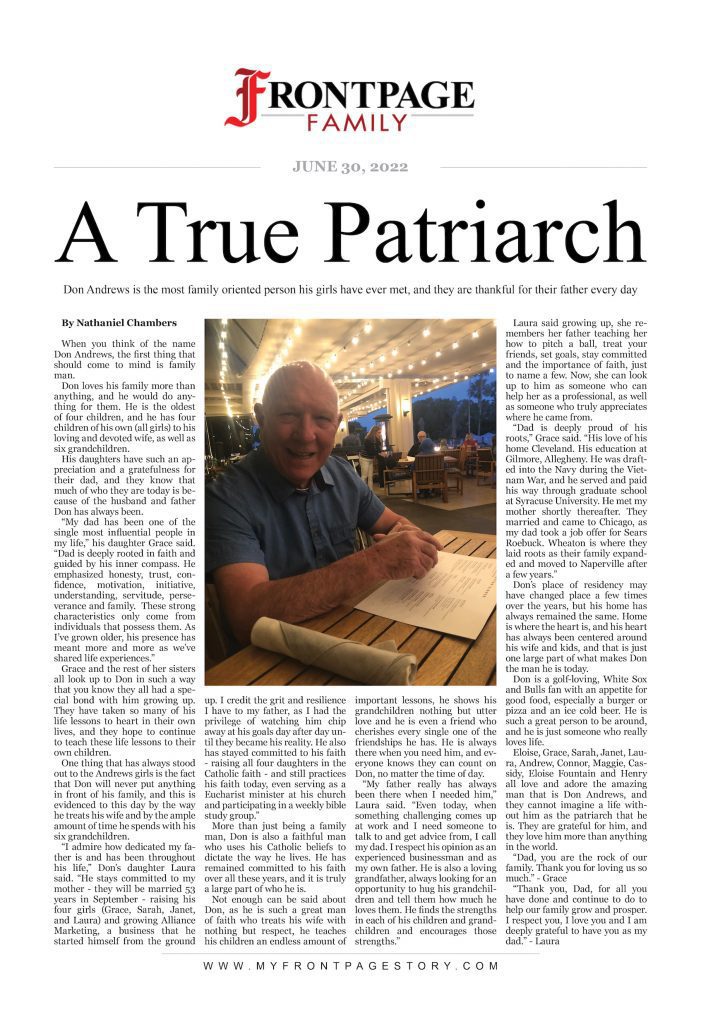 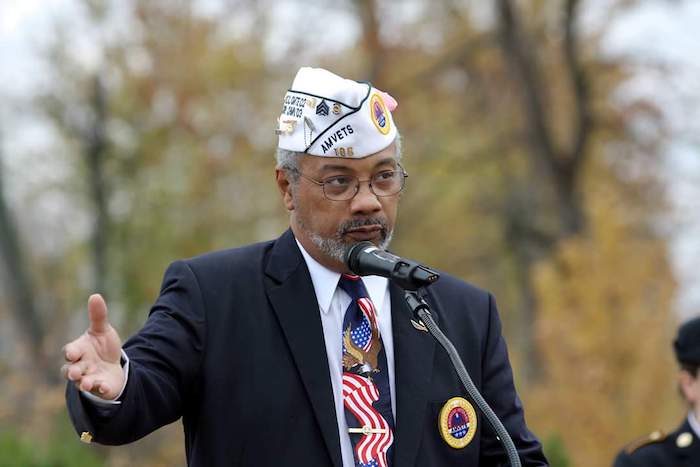 A Step Above: Sheldon Hartsfield is a veteran who has served this country well, both during and post service 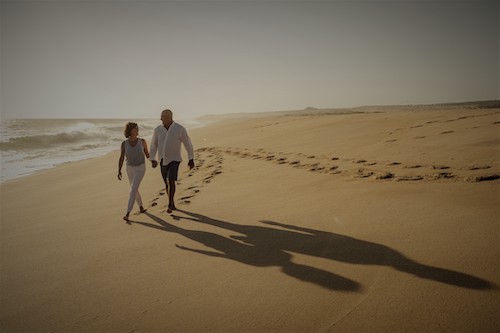 An Altruistic Woman: Kristi is someone who is constantly thinking of others before herself, and that is an amazing trait in and of itself 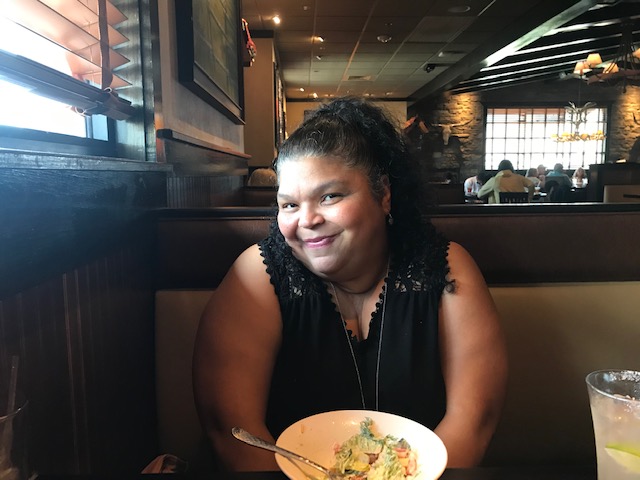 Cincinnati Lovin’: Bobbie has always brought her husband so much joy, and getting to live where they both grew up means that much more to them