Committed Parents: Carol and Leon fought through life’s many obstacles to give their sons’ the best lives possible 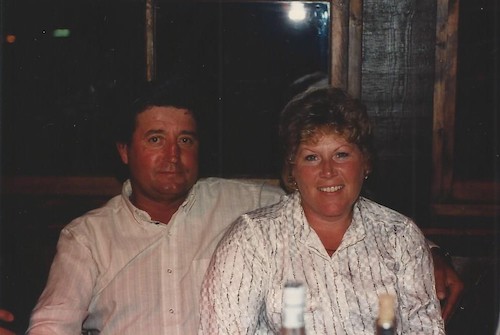 Tony and his brothers have nothing but love, respect and appreciation for their parents.

When Tony and his older brother Eddie were very young, their mom, Carol, left her hometown in Kansas, siblings and a failed marriage to her sons’ father, to go to California and start a new life. It was 1969 and it was there in Pismo Beach, California, where she met Leon, who would become the love of her life.

Leon was a mechanic for Pacific Gas & Electric and she was a housekeeper at a local motel struggling to make ends meet with her two boys ages 2 and 3.

On November 18th, 1972, in a simple ceremony at their rented home amongst family and friends, they were married. Leon became the only father these boys had ever known, and even though it was a new endeavor for him, he took to it very naturally and raised them as his very own.

They soon moved to Rohnert Park, California, where they bought their first home and sank roots down to raise a family, which would grow to a total of three sons with the birth of Rob.

Carol and Leon have now been married for 50 years, and that is a true testament to the wonderful couple they are. They love each other so much, and they have been there for one another through thick and thin.

Tony, Eddie and their little brother Rob have seen their parents get through many tough situations in life together, and they appreciate them for never letting life get the best of them.

“I admire their strength,” Tony said. “Both have overcome many of life’s obstacles to live a good and happy life together, with a lifetime of treasured memories.”

These memories include camping at Lake Mendocino, 4th of July pool parties at their house, the now famous, “peanut butter fight,” Leon’s first Sharks game and Carol drinking wine coolers with her daughter-in-law Leann by the pool. They are all unforgettable memories because Carol and Leon were at the center of it all making sure their boys were always enjoying life.

“Our whole childhood we spent boating on the lake on the weekends,” Tony said. “It’s something they talk about to this day. It was spent with great friends they had throughout those times. We were on the lake every weekend from April through October every year. In fact, it was the lake where my dad grew up. Those are some of the best memories of my lifetime.”

We all know that the memories are endless, but what makes Leon and Carol such great parents? Why do Tony, Eddie and Rob all look up to them and show their appreciation for them every chance they get?

“They were just there,” Tony said. “Parenting is about consistency and setting structure in your kids’ lives. Structure that, even when it’s hard, that structure is there. That’s what it’s about. My mom and dad were always on the same page too.”

Leon and Carol complement each other very well, and that is something that turned them into such wonderful parents. Their kids always mattered most, and now they get to do the same with their grandchildren, Torrii and Tawni, and great granddaughter Palmer Leann.

From Grammie telling blonde jokes to the granddaughters during sleepover parties, baking chocolate pies with Tony, to the look in their eyes the first time they saw their new great granddaughter, the love these two showered upon their family was always abundantly apparent.

They have also been beacons of courage and perseverance, and they have been role models for their children and grandchildren, and that is yet another reason why Leon and Carol are as appreciated as they are.

They are also examples of hard work, dedication and never giving up, and they are loved because of this. Carol and Leon are a special couple and they are amazing parents who, after 50 years of marriage, deserve to be celebrated for such.

“It wasn’t until I was married and had a child that I realized how much courage my parents had to get to where they got in life. Mom left a lot of her family in Kansas at 21 years old, moved to California with a newborn and a 1-year-old to make a better life for her boys without their biological father. Leon took on a huge responsibility of providing for and raising two boys that were part of the package that was my mom. That is real courage!” – Tony 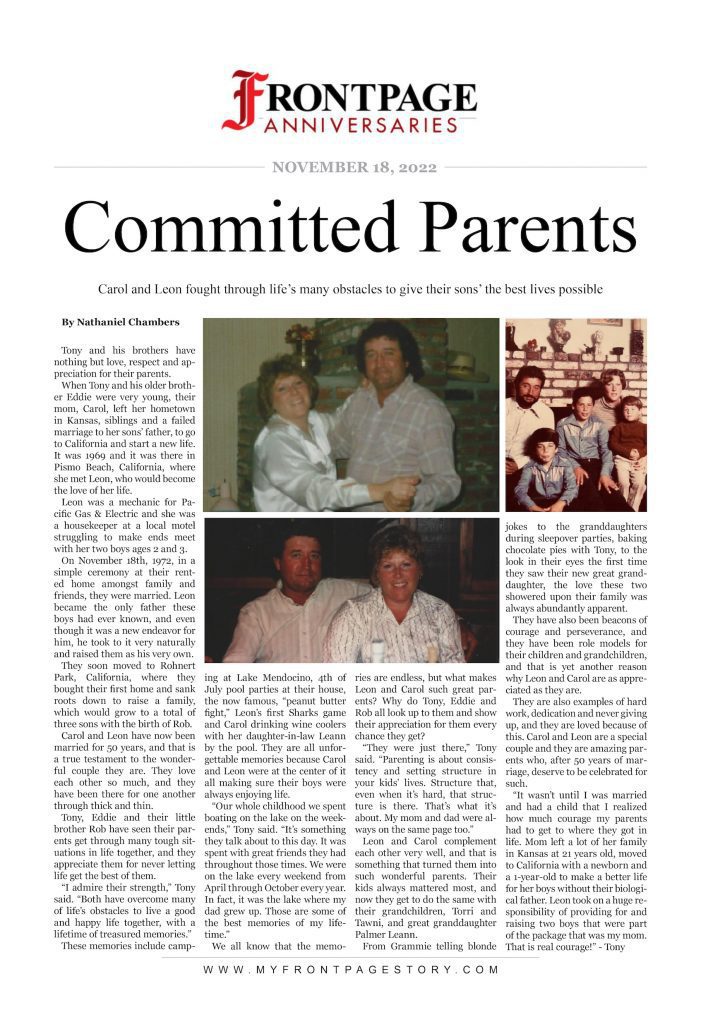