‘Huge Heart’: Patti Beaudoin is faithful and strong, and she goes all-out as a wife, mother and grandmother 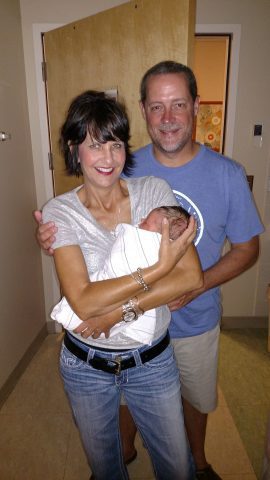 Patti Beaudoin is a woman who not only picks herself up when she gets knocked down, but she somehow gets back up looking even more beautiful than she did before. Those who know Patti know she loves to shop and dress up, and that she goes above and beyond, not just in the way she presents herself, but to support her family and all her friends.

At the same time, Patti is so much more than the perfectly manicured outfit and hair. She is a loving wife to Tim and a dedicated mother to her daughter Ellie and to Tim’s sons, Matt and Joe. She is also a doting grandmother to Lilah, Franklin and Jackson and a fighter who keeps the faith, works hard, and shows her love through grand gatherings and gestures.

“I would say she goes overboard, but it always turns out just fantastic,” Tim said. “Any get-together, she makes sure it’s perfect for everybody. If hamburgers and hot dogs are good enough, then she is doing a 7-course dinner.

“There’s normal and there’s Patti level. She decorates and wants everybody to have something happen that’s fantastic for them. She has a huge heart when it comes to that.”

Tim can’t help but smile at his good fortune to get to know Patti on a blind date and for her to see beyond his camouflage and golf attire. But he has also come to recognize that, while Patti might insist on always looking her best, she casts zero judgment on Tim or anyone else who might not feel the same.

“She’s all dressed up with her makeup and hair done, and here’s this guy who rolled in just off the golf course,” Tim said with a laugh.

Patti and Tim connected over the phone and feasted on Olive Garden salad and breadsticks on their first date. All the while, they built a connection that might have looked improbable on appearances alone. Tim was pretty sure right away that he saw a future with Patti, but she understandably said she needed five dates before she could know for sure.

Tim got his five dates, and they were married in 2004.

They brought together three young kids at the time and accepted everything that came along with a blended family. And just when their nest emptied, Patti first took on the monumental task of getting her masters degree, then she welcomed her two favorite “roommates” when Ellie and Lilah moved in.

Patti worked and studied and simply made it work as she pursued her masters in marriage and family therapy. She did what she always did and stayed the course to accomplish something that Tim couldn’t even begin to fathom.

“She gets knocked down and gets right back up,” Tim said. “She just never quits. I wouldn’t have lasted two weeks doing what she did with the books and writing papers. She saw it as overwhelming at times, and I really looked at it like Mt. Everest. She just grinded through, and next you know, it’s done.”

Tim likes to joke that Patti is also a candidate for her PhD, as in “Projects Half Done” for the number of tasks she begins but never seems to finish. The reality is, when Patti unleashes on something important or fundamental for her family, she always pulls it off in grand fashion. If that means a few dozen side projects go unfinished, then so be it.

Patti makes her family a better, happier place because of her commitment to what’s most important. She is faithful through it all and an inspiration to Tim to be patient and trust things are going to work out.

With Patti by his side, they almost always do.

“Thank God I met you,” Tim said. “I’m a happier and better person because of it.” 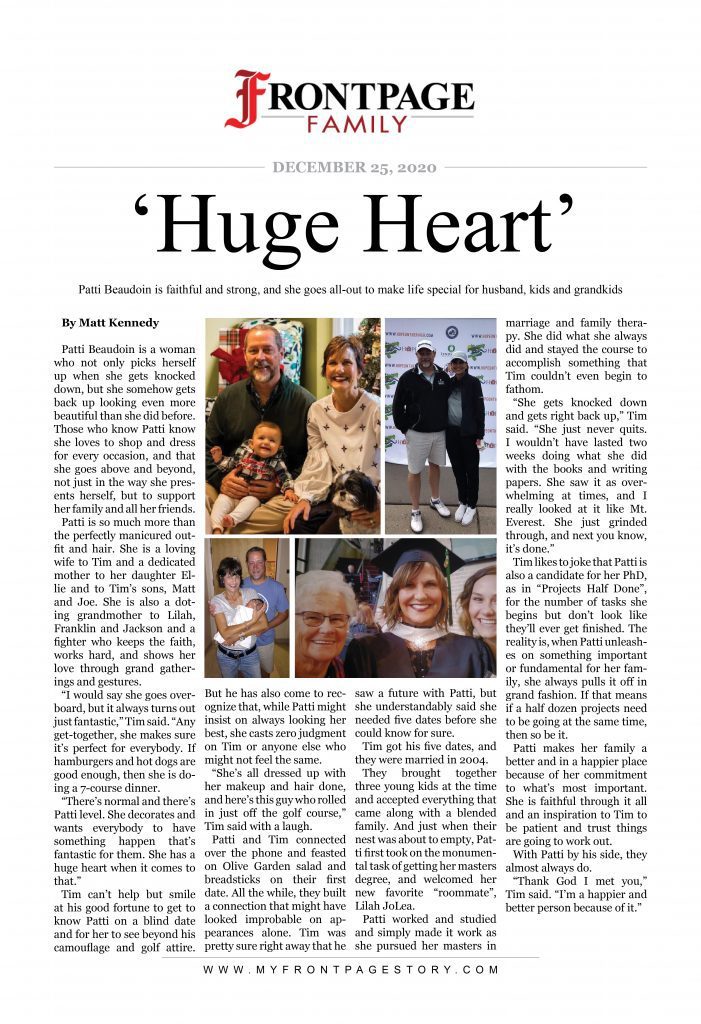