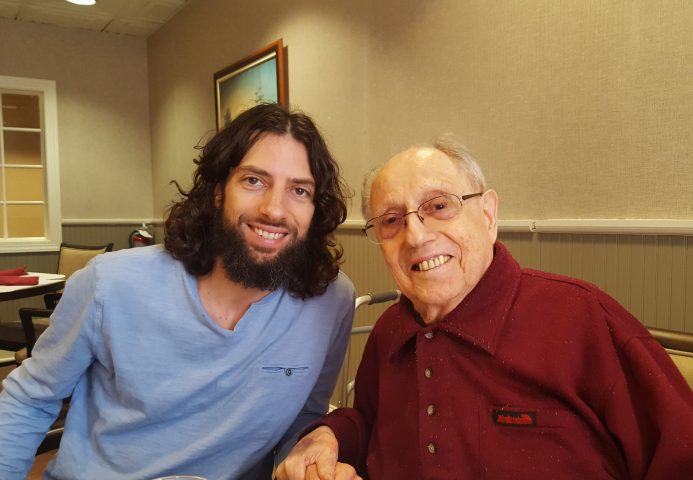 Salvatore Massa has a way of teaching good old-fashioned values, even when he doesn’t realize it. He emphasizes family and tries to make meaningful connections through a focus on shared experiences, which brings his family closer and celebrates their Italian heritage.

His grandson, Anthony, soaks up that knowledge. When Salvatore discusses the plight of his parents and grandparents, Anthony takes those stories to heart. His ancestors worked hard and did everything with purpose, and Salvatore did the same during a long, successful career as a certified public accountant.

“It was so cool for me to learn about them and understand how my father’s side of the family came over here from Italy,” Anthony said. “It wasn’t easy for them. I look back on his stories and how hard my great grandparents, Mima and Pipa, worked. It wasn’t just about working. It was about learning from your work.

“My great grandmother was a cook and set dinner menus for the wealthy in North Jersey in the 1920s, 30s, 40s and 50s. She didn’t just do that because she loved cooking. She wanted to learn English.

“I’ve taken that mentality. One of my first jobs was cooking at a restaurant because I wanted to feed myself later in life. That’s one thing I learned from them. Whatever you do, you can do it in a zone, or you can take it and branch out for many different things.”

Salvatore put the same hard work and care into his CPA practice, which grew into one of the most successful in New Jersey. He served a long list of prestigious clients and worked until he was 94 years old before he finally retired. Along the way, he also hunted for real estate, traveled, played golf and spent time with family.

Some of those hobbies remain the same now as Salvatore gets set to celebrate his 96th birthday. Tax law is still a passion, and he now uses it to help his friends and family. He welcomes visits from children Nancy, Robert and Mary Lou, along with his eight grandchildren and two great grandchildren.

Seeing the future generations is fulfilling beyond words and keeps Salvatore young at heart. Watching the kids grow is also validation that he lived his life the right way.

“He loves his great grandchildren and all of us grandkids,” Anthony said. “We’re important to him because we’re carrying on his life and what he set forward when he started having children and getting married and having a family. It’s about seeing generations paying off later. It’s not just about him and his children and ex-wife. Now there’s a bunch of us, and he loves that.” 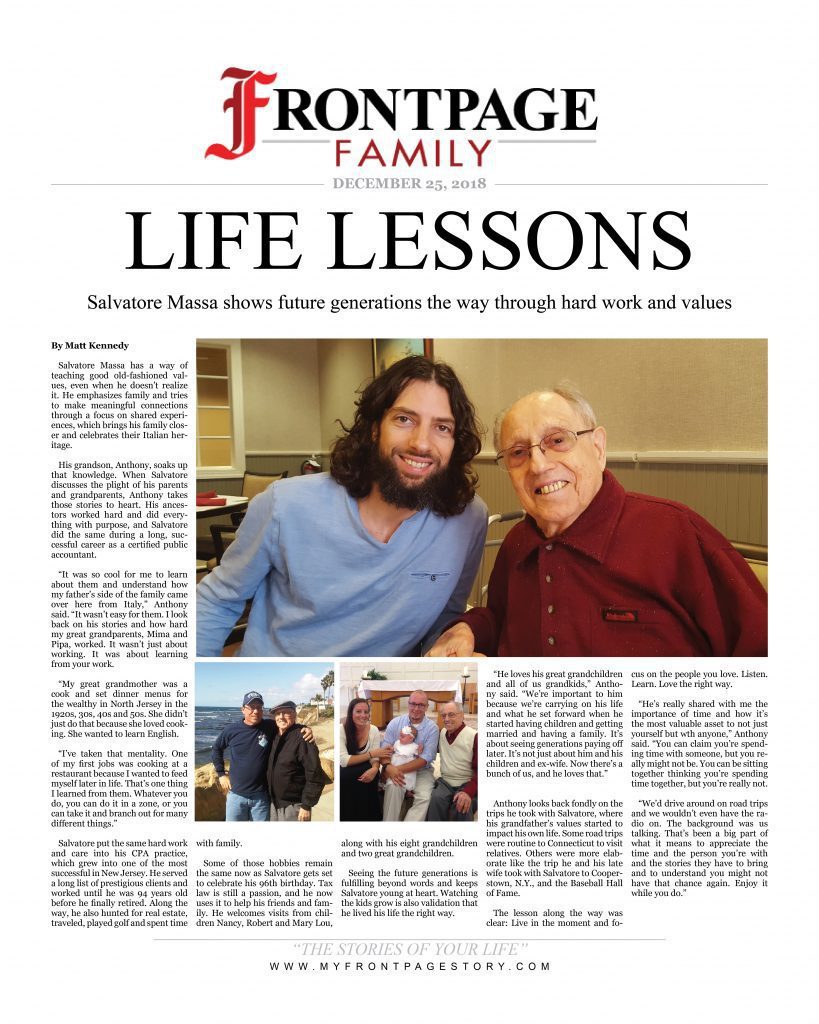 Anthony looks back fondly on the trips he took with Salvatore, where his grandfather’s values started to impact his own life. Some road trips were routine to Connecticut to visit relatives. Others were more elaborate like the trip he and his late wife took with Salvatore to Cooperstown, N.Y., and the Baseball Hall of Fame.

The lesson along the way was clear: Live in the moment and focus on the people you love. Listen. Learn. Love the right way.

“He’s really shared with me the importance of time and how it’s the most valuable asset to not just yourself but wth anyone,” Anthony said. “You can claim you’re spending time with someone, but you really might not be. You can be sitting together thinking you’re spending time together, but you’re really not.

“We’d drive around on road trips and we wouldn’t even have the radio on. The background was us talking. That’s been a big part of what it means to appreciate the time and the person you’re with and the stories they have to bring and to understand you might not have that chance again. Enjoy it while you do.”