“The Most Selfless Person I Know”: Wife and Mother is in a League of Her Own 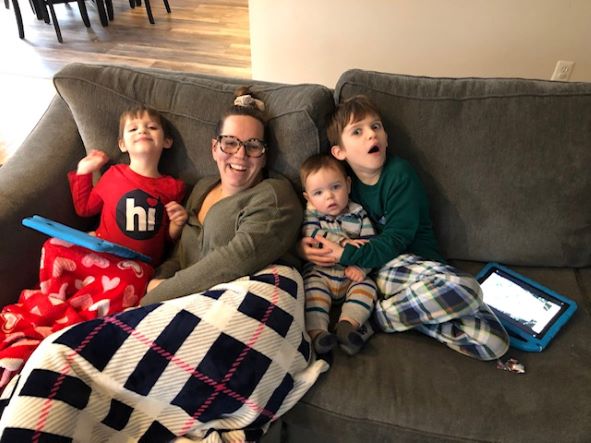 Even against the lofty standards of some amazing wives and parents, Laura Magafan stands out.

“Laura is the most selfless person I have ever known,” her husband Aris said. “The boys and I are so appreciative of what she does every single day, morning, noon, and night. What Laura does each and every day, I could not do with an army!”

But it’s not just about productivity for Laura. She brings laughter and fun into the house through her humor and spontaneous imitations of the latest dance videos from TikTok.

“Laura is a fantastic parent because she will drop everything and do anything for the betterment of her children,” Aris said. “I admire how caring Laura is, how much she loves her family, and how hard she works every day to keep the home running and functioning.”

Laura grew up in Orange County, California, as the youngest of Jeff and Deb Gruse’s three girls.

She went to college at Cal Poly Pomona in Southern California to study. It was at this time that she met a Concordia University Irvine student named Aris Magafan and the adventure of their life together began.

Aris and Laura would frequently go out with her older sisters Jen and Sarah and their then-boyfriends, now-husbands Matt Griffin and Steve Dalton. Activities included trips to Disneyland, sporting events, and a local restaurant called Islands.

“We used to go to the beach, and I would help her babysit two boys that she used to nanny named Haydn and Jarod,” Aris said. “Laura and I would also go to see Angels baseball games and the Anaheim Ducks play hockey.”

All the fun times together led to Aris asking Jeff’s permission for his daughter’s hand in marriage in 2010. Jeff gave his blessing, so Aris planned a special proposal on Laguna Beach off Thalia Street.

“I believe I even made her wear a blind fold during the car ride so she couldn’t see where we were going,” Aris said with a laugh. “That day stands out as a memory for sure.”

Their wedding was on June 18, 2011, at St. Paul’s Greek Orthodox church in Irvine, California. “Truly a magical day from start to finish,” Aris said.

After a wonderful honeymoon in St. Lucia, the new Mr. and Mrs. Magafan moved from the West Coast to Maryland, so Aris could begin work with his father at the Magafan family real estate company.

A testament to her selfless attitude, Laura made the significant move without so much as the blink of an eye.

“Laura literally packed her bags and moved 3,000 miles away from her family, friends, and life as she knew it,” Aris said. “Not many people would do that. But here we are 10 years and three sons later still going strong.”

Even though she had finished her degree in fashion and apparel merchandising, Laura decided to be a stay-at-home mother.

“It’s a decision we both now look back on and smile knowing it was a great choice for us,” said Aris. “It is not the easiest job in the world by any means, but it is the most rewarding.”

In her free time, Laura enjoys shopping online via Amazon and at Target, Nordstrom, Michaels, and Five Below. She also loves getting her hair and nails done, as well as watching TV shows like Big Brother, Top Chef, and, occasionally, Real Housewives of Potomac.

Her personality shines through every day, and Aris and her sons are incredibly grateful for all the qualities she brings to the family.

“The way I watch her take care of our children – and me – is truly remarkable,” Aris said. “She is the most selfless person I know.” 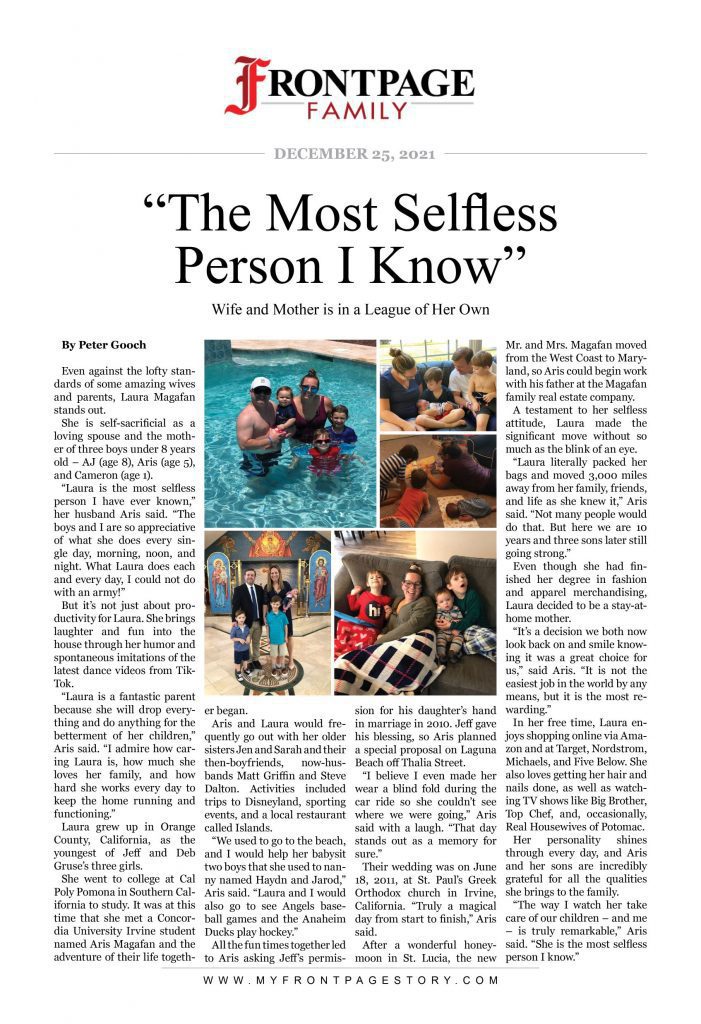